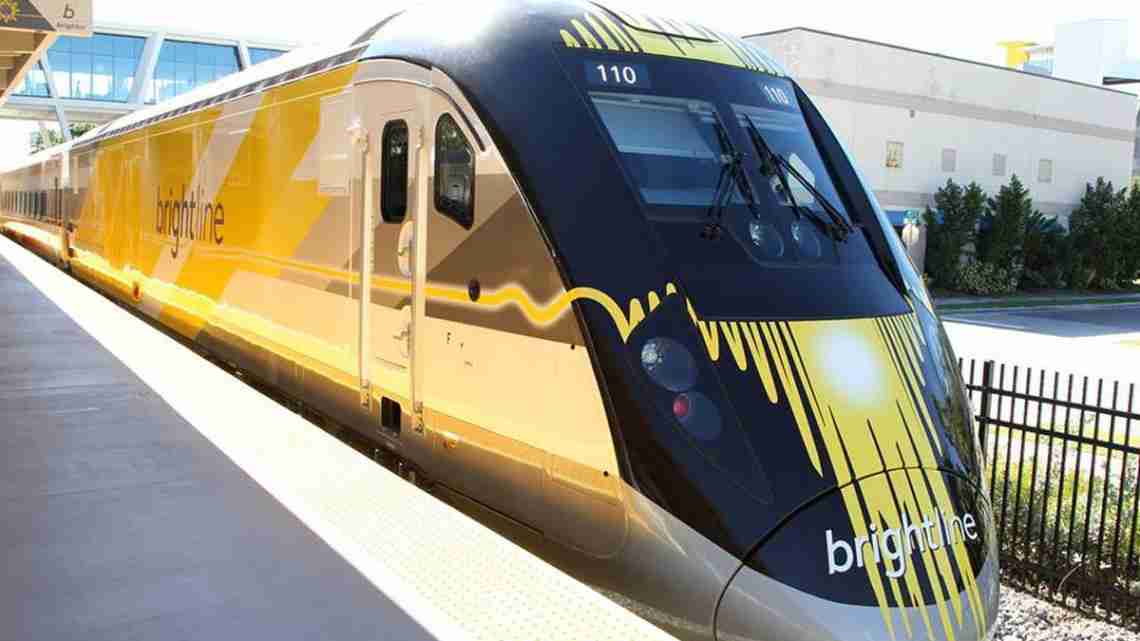 WEST PALM BEACH, Fla.—Amid the rollout of the new Brightline service between Miami and West Palm Beach, the city of West Palm Beach announced the establishment of a quiet zone along the Brightline/FECR railway between 15th Street and the southern city limits.

The quiet zone means that trains will not be required to blow their horns, however, horns may sound when arriving at or departing from the station or in the event of an emergency. Once Brightline expands its service north, West Palm Beach will begin the process of establishing a quiet zone in the northern part of the city, along the railway north of 15th street and to the northern city limits.

To establish the quiet zone, the city followed a federal process outlined by the Federal Railway Administration.

“Our residents have wanted the quiet zone for some time, and I’m happy to say that the time has finally come when we can implement it,” said West Palm Beach Mayor Jeri Muoio. “As there will now be increased traffic along the railway at a higher rate of speed but without the horns, we are urging everybody to be safe. Things will be different, and we cannot emphasize enough the importance of making wise decisions around railroad tracks. Never try to outrun a train, and never trespass along the tracks. Talk to your friends, family, neighbors and children about the quiet zone and railway safety.”

Two fatalities along the Florida East Coast Railway corridor earlier this year brought the death toll on the Miami-to Jacksonville tracks to at least 16 over the preceding 12 months, according to the Federal Railroad Administration. Thirteen of the fatalities were by freight trains and three by Bright line passenger trains, the new $3 billion diesel–electric higher-speed rail system developed by All Aboard Florida that begins its service to and from the Miami station on May 19.

Public grade crossing means a railway highway grade crossing where the roadway is under the jurisdiction of and maintained by a public authority and open to public travel.

Regardless of the statistics, Bob Ledoux, senior vice president for the Florida East Coast Railway said it’s nearly impossible to compare the FEC railway to any other in the country.

“FEC goes through the most crossings per mile than any other railroad of equal distance in the United States. As much as you might want to match up FEC with others, it’s a tough match,” Ledoux told the TC Palm in January following three Brightline fatalities.

He explained that the large number of crossings per mile coupled with Florida’s high population density have created safety problems that the FEC has not been able to resolve.

“The City of West Palm Beach is dedicated to being a leader when it comes to the safety of residents and visitors,” said Assistant City Administrator Scott Kelly. “We’ve taken a lot of steps to improve safety at railway crossings, and we are now looking to everyone to help us amplify this important safety message.

Keep yourself, family and friends safe by following these rail safety tips, courtesy of Operation Lifesaver, an organization that works to change people’s behavior around railroad tracks and crossings with a national public awareness campaign:

• Never try to outrun a train!

• Remember to cross train tracks only at designated pedestrian or roadway crossings and obey all warning signs and signals posted there.

• Stay alert around railroad tracks. No texting, headphones or other distractions that would prevent you from hearing an approaching train! Never mix rails and recreation.

• All train tracks are private property. Never walk on tracks. It’s illegal to trespass and highly dangerous. By the time a locomotive engineer sees a trespasser or vehicle on the tracks, it’s too late. It takes the average freight train traveling at 55 mph more than a mile—the length of 18 football fields—to stop. Trains cannot stop quickly enough to avoid a collision.

• A train can extend three feet or more beyond the steel rail, putting the safety zone for pedestrians well beyond the three-foot mark. If there are rails on the railroad ties always assume the track is in use, even if there are weeds or the track looks unused.

• Today’s trains are quieter than ever, producing no telltale “clackety-clack.” Any approaching train is always closer and moving faster than you think.