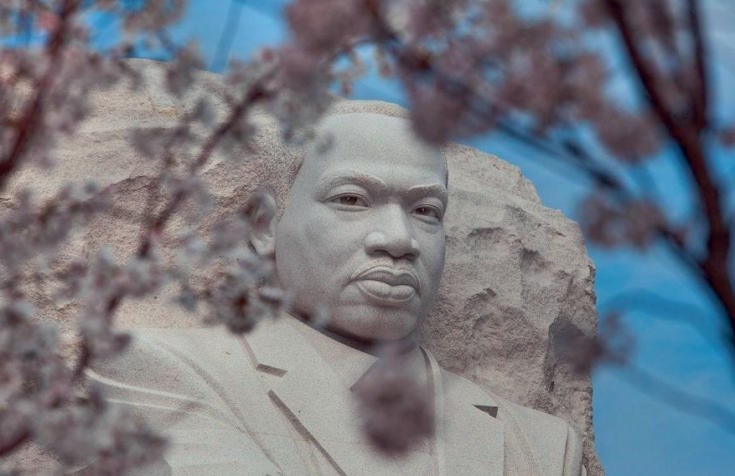 The celebration begins with the Anniversary Gala “Moving the Dream Forward…. Forever a Stone of Hope” on Wednesday, October 20 in Washington, DC, entitled, “Moving the Dream Forward…Celebrating the Legacy.” On Thursday, October 21, The Memorial Foundation will host the Anniversary Commemoration Ceremony at the Memorial site. National, civic and faith leaders as well as musicians, performers, and local students will participate in the events.

“While many of the National Mall’s monuments preserve a person or place in time, the signiﬁcance of Dr. King’s memorial changes as our nation continues to reconcile our internal struggles for equality and social justice,” said Harry E. Johnson, Sr., President and CEO of The Memorial Foundation. “We are celebrating this milestone anniversary to remind our nation why we built a memorial to Dr. King and to reflect on what we can still learn from the legacy he left for our world.”

The MLK, Jr. Memorial was dedicated in October 2011, the most recent addition to memorials on the National Mall, and it has quickly become a must-see destination in the nation’s capital. The 2011 ceremony was keynoted by then-President Barack Obama, and attended by First Lady Michelle Obama, then-Vice President Joe Biden, Dr. Jill Biden and a litany of celebrities, civil rights leaders, and members of Congress.

In the past decade, more than 3 million people have visited the site each year, including internationally recognized leaders such as Prince Charles, Reverend Jesse Jackson Sr. and former Representative John Lewis and celebrities such as Jamie Foxx, Stevie Wonder, Oprah Winfrey. The MLK, Jr. Memorial brings together all ages and ethnicities seeking to pay respect to Dr. King’s universal messages that are represented through the 14 quotes inscribed within the Memorial. In recent years, the MLK, Jr. Memorial has served as a symbolic gathering point for those seeking Dr. King’s inspiration in their quest for social justice and human rights.

In addition to the October anniversary events, The Memorial Foundation’s year-long anniversary celebration includes its inaugural Social Justice Fellows Program and other programs aimed at empowering and inspiring the next generation of social justice leaders.

• The Anniversary Gala is scheduled for Wednesday, October 20 in Washington D.C.

• The Anniversary Dedication Ceremony is scheduled to begin at 10:30 a.m. on Thursday, October 21, at the MLK, Jr. Memorial, located on Independence Ave. near the Tidal Basin in Washington, D.C.