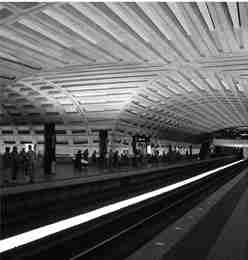 WASHINGTON – Commuters waiting for their trains at a handful of Metro stations have a new way to help pass the time – free public Wi-Fi. Metro announced Monday that the free Wi-Fi will be available for 45 days as part of a pilot program. It will be offered at six busy downtown Washington stations: Metro Center, Gallery Place, Judiciary Square, Union Station, Archives and L’Enfant Plaza.

After 45 days, the service will be suspended while Metro evaluates the program.

Riders who connect to the Wi-Fi will also have the opportunity to test a new program called “Where’s My Train?” It includes an interactive map with real-time train information.

Metro general manager Paul Wiedefeld says the program is part of his efforts to improve the rider experience.