Death rates up for middle age whites with little education 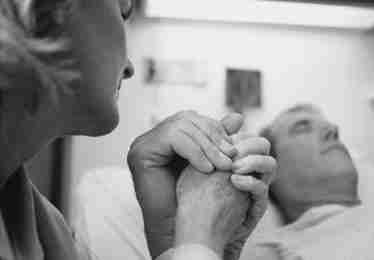 Rising death rates are linked to changes in the job market.

The new paper by two Princeton University economists, Anne Case and Angus Deaton, concludes that the trend is driven by the loss of steady middle-income jobs for those with a high school diploma or less.

The economists also argue that dwindling job opportunities have triggered broader problems for this group. They are more likely than their college-educated counterparts, for example, to be unemployed, unmarried or suffering from poor health.

“This is a story of the collapse of the white working class,” Deaton said in an interview. “The labor market has very much turned against them.”

Those dynamics helped fuel the rise of President Donald Trump, who won widespread support among whites with only a high school diploma. Yet Deaton said his policies are unlikely to reverse these trends, particularly the health care legislation now before the House that Trump is championing. That bill would lead to higher premiums for older Americans, the Congressional Budget Office has found.

“The policies that you see, seem almost perfectly designed to hurt the very people who voted for him,” Deaton said.

Case and Deaton’s paper, issued by the Brookings Institution, follows up on research they released in 2015 that first documented a sharp increase in mortality among middle-aged whites.

Since 1999, white men and women ages 45 through 54 have endured a sharp in crease in “deaths of despair,” Case and Deaton found in their earlier work. These include suicides, drug overdoses, and alcohol-related deaths such as liver failure.

In the paper released (last) Thursday, Case and Deaton draw a clearer relationship between rising death rates and changes in the job market since the 1970s.

They find that men without college degrees are less likely to receive rising incomes over time, a trend “consistent with men moving to lower and lower skilled jobs.”

Other research has found that Americans with only high school diplomas are less likely to get married or purchase a home and more likely to get divorced if they do marry.

“It’s not just their careers that have gone down the tubes, but their marriage prospects, their ability to raise children,” said Deaton, who won the Nobel prize in economics in 2015 for his long-standing work on solutions to poverty. “That’s the kind of thing that can lead people to despair.”

The issues identified by Case and Deaton are likely contributing to a slight reversal in a decades-long trend of improving life expectancy data. It’s not entirely clear why these trends have affected whites much more than they have African-Americans or Hispanics, whose death rates are improving.

Case and Deaton note that many Hispanics are “markedly better off” than parents or grandparents who were born abroad, enabling a greater sense of optimism.

African-Americans, they add, may have become more resilient to economic challenges given their long-standing disadvantages in the job market.

Other researchers have said that whites may have an easier time obtaining painkillers that are behind an epidemic of drug overdoses.

The educational split is also growing. Even while the death rate for whites without a college degree is rising, the rate for whites who are college graduates is falling, Case and Deaton found.

The trends cut across diverse regions of the country, the researchers found. While the worst-hit spots include Appalachian states such as West Virginia and Kentucky, they also include such areas as Maine, Baltimore and eastern Washington state. The patterns are evident in rural sections and smaller cities as well as in some large metro areas, the research found.

Americans with less education are also faring much worse when compared with adults in other countries, Case and Deaton concluded. Death rates in Europe for people with limited education are falling – and in most countries, they’re falling faster than death rates for those with more education.

For those reasons, Case and Deaton discount the notion that government disability benefit programs are responsible for some of these problems by enabling more Americans to stop working. Social welfare programs in Europe are typically more generous yet haven’t caused a rise in death rates.

Given the long-running nature of these trends, many of which stem from the 1970s, reversing them could take years, Case and Deaton write. But there are immediate steps that could be taken, Deaton said in the interview. Routine prescriptions for opioids should be cut back.

And, “Europe has a much better safety net than we do, and they’re not seeing the same sort of problems as we are,” he said.