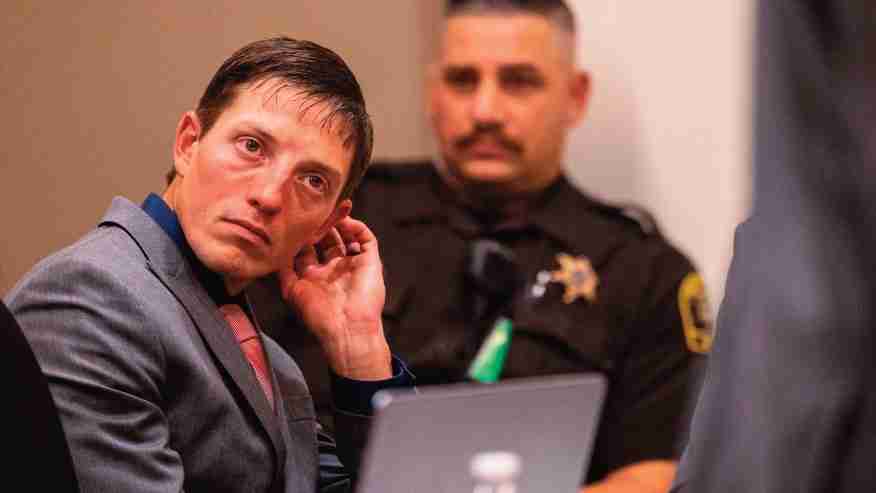 Grand Rapids, MI – A former Michigan police officer who shot a Black motorist in the back of the head will stand trial for second-degree murder, a judge said Monday.

A jury will decide whether Christopher Schurr ‘s use of deadly force was necessary “after a full and fair trial,” Ayoub said.

Lyoya, 26, briefly ran from a traffic stop then grappled with Schurr across a front lawn before the white officer shot him at point-blank range. The final moment last April was recorded on video by a man who was a passenger in the car with Lyoya.

Schurr repeatedly told Lyoya to take his hands off the officer’s Taser, according to video. The refugee from Congo was on the ground when he was killed.

Ayoub only had to find probable cause to send the case to the Kent County trial court, a low standard at this stage under Michigan law.

Grand Rapids police Capt. Chad McKersie testified Friday that Lyoya had gained an advantage over Schurr during an intense physical struggle. But the judge noted that McKersie was unsure whether Lyoya was trying to flee or to attack the officer.

So far “there is sufficient evidence from which a jury could conclude that (Schurr) did not reasonably believe that his life was immediately at risk,” Ayoub said.

Schurr’s attorney argued that the officer was defending himself and that Lyoya wouldn’t give up. A forensic video analyst, Robert McFarlane, testified that Lyoya failed to comply with 20 commands.

“He pushed. He shoved, popped his arms,” lawyer Matt Borgula said. Schurr, an officer for seven years, was fired in June after being charged with murder.

A lawyer representing Lyoya’s family, Ven Johnson, said a trial will be a key step toward “obtaining full and complete justice.”

Lyoya’s killing by an officer came after numerous others in recent years involving Black people, including George Floyd, whose death in Minneapolis sparked a national reckoning on race; Daunte Wright, who was shot during a traffic stop in suburban Minneapolis; Andre Hill, who was killed in Columbus, Ohio; and Andrew Brown Jr., who was killed in North Carolina.