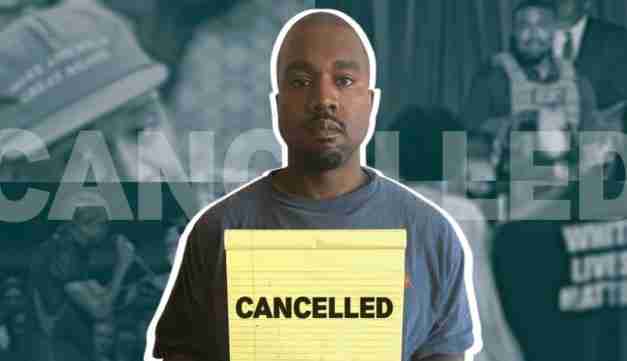 I miss the old Kanye. I’ll never forget the late night in 2004 when my dad and I drove through the mountains of Tennessee on the way to Detroit (I was moving there for an internship in grad school). I put on Kanye‘s classic debut, “The College Dropout,” which was the first time I felt a rap album truly reflect my life experience. To my surprise, he was obsessed with the music. Literally the whole car rocked as my dad jammed, loving the familiar samples of the ‘70s and ‘80s that Kanye reimagined through his raw genius for hip-hop. At that moment, I truly understood the power of Ye’s music to connect across generations, genres and identities to move and inspire people.

What has become of that Kanye is a tragedy. Anyone who has followed his story knows his struggle with bipolar disorder has only progressed, especially after his mother’s tragic death. We saw the characteristic highs and lows of the illness play out in real time and on a global stage. What appeared as mania induced episodes impacted his performances, tweets and above all, his family.

Kim Kardashian has shared the deep pain they endured with a father and husband grappling with mental health. Yet, we mostly looked the other way. We dismissed his behavior as Kanye just “being Kanye,” or we laughed at his complete emotional breakdown because it was at a ‘Ye for President’ rally that we did not take seriously.

Now, after years of impulsive behavior and hurtful, racist rhetoric, his reckoning has finally come, and many of us still aren’t taking the situation seriously. Let me be clear, Kanye has made horrific and intentional choices that should never be excused by his mental state. His most recent antisemitic comments culminate years of equally repulsive language driven by a massive, well-documented ego and lack of empathy for even his own Black culture and people (though, notice how many companies stuck with him through those incidents). As a brand builder by trade, I understand and agree with organizations distancing themselves from the controversy that continues to spiral around him.

But knowing his long road with mental illness, how are we so willing to hurl our judgements at Kanye as society falls over itself to cancel him?

These last weeks, I have seen a wholesale condemnation of Kanye the man. And while he should absolutely be held accountable for his words and actions, why aren’t we factoring his diagnosis in this widespread – and mostly deserved – criticism? In the “jeen-yuhs” Netflix documentary covering roughly two decades of Kanye’s life, we see him in states of complete detachment from reality. There is broad speculation that because he reportedly does not receive sufficient treatment, his bipolar condition is worsening over time. If we know manic episodes can manifest as erratic, offensive behavior – and having lost his wife, children, livelihood and notoriety – we should help people see the tragic toll undertreated mental illness has on a person.

Kanye is one of countless Black men who push through life while working overtime to manage their feelings and mood. I’m not a doctor, so what I share here is mostly speculation. Still, I personally know people in that struggle and they are to be treated with grace. The stigma around mental illness in the Black community has evolved over the years, but can still deter those who choose not to seek treatment. We assume it’s so easy: “Just take the meds;” “Just go see a doctor.” But we don’t know Ye well enough to judge why he’s made the choices he has throughout his life.

I’ve known too many Black men who show up in the world as arrogant and self-righteous, but when you go a layer deeper, you see unaddressed trauma and sickness that is often the root cause.

Rather than delight in Kanye’s downfall (because any one of us could be in a battle for our well-being tomorrow), let’s be reminded to check in with our young Black men. All of them. There is no formula for how mental illness looks, and those pushing through can seem to love life one moment, then hate it the next. Educate yourself, show compassion, talk openly with our young kings about their mental health. I’m currently in counseling to work through past trauma, and I know the value of growing a healthy mind and encouraging loved ones to do the same. Let’s learn from Kanye’s story and make it easier for Black men to seek the mental and emotional help they need.

Next post It’s November! Midterm elections are here! Get out and vote!