God Save America: Miracle Headline in One of Australia’s Newspapers 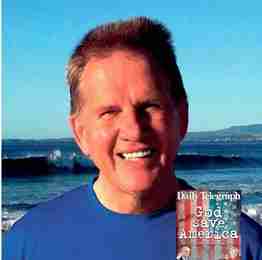 CANBERRA, Australia – The Daily Telegraph, Australia’s second largest daily newspaper, comparable to the New York Times, ran a headline before the US election result was announced, which said; God Save America. This anti-God secular newspaper had no idea that this was exactly the prayer of both Australian and American Christians who have been praying in unity in the lead up to the American Election. Australian Christians called for prayer from all over the world for the American elections at a ‘Sunrise Prayer Relay’ on Tuesday, November 8. Australia is 18 hours ahead of the United States.

Warwick Marsh from the National Day of Prayer and Fasting in Australia said, “We congratulate Donald Trump on his win but America does not need Clinton or Trump. America needs God. That is why we are so excited about the headline ‘God Save America’ because that is still our prayer. We are praying for revival and transformation in America and a release of the Gospel in the USA. America needs Jesus.”

Pat Steele from the Sunrise Prayer Relay in Australia said; “I believe America is at the beginning of a great awakening. The verse I have for America is Isaiah 43:19: ‘See, I am doing a new thing! Now it springs up; do you not perceive it? I am making a way in the wilderness and streams in the wasteland.’ I feel that this election result will be the shock that people need to shake the dust off their eyes to know they need saving and reviving. It is only God who can lead them out of the wilderness and wash away the wasteland with His stream.”

Steele continued. “That is why Warwick and I are pretty excited about the headline of the paper today, ‘God save America.’ Yes, we might be reading this out of the context of the article, but it reminds me of Balaam in Numbers 23 who was paid by the Moabites to curse Israel but when he opened his mouth to speak he prophesied blessing over them and hope for the future instead. Our God is the God who saves, He is a miracle working God and He is alive, God save America, Amen!!!”

Next post Hospice chaplain comforts the grieving and the dying