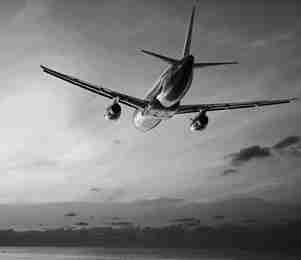 AMMAN, Jordan – It’s been an emotional roller coaster for Mahmoud Mansour and his family, Syrian refugees tapped for possible resettlement to the United States, since President Donald Trump issued his first travel ban six weeks ago.

The original ban, which barred Syrian refugees from the U.S. until further notice, devastated Mansour’s family of six, which has been undergoing security vetting ahead of resettlement for the past year.

The revised ban, signed Monday, no longer singles out displaced Syrians, but suspends the entire refugee program for four months to allow for a security review. Trump also reduced the maximum global number of refugees the U.S. is willing to absorb in 2017 from 110,000 to 50,000.

Mansour, an artisan who embroiders traditional dresses, said he is confused about what Trump’s revised executive order means for his family’s prospects in the U.S. “We hope that this new order will carry a glimmer of hope,” he said in his small apartment in Jordan’s capital, Amman, which also doubles as his workshop. Others in the family have been luckier.

Two older brothers, Ahmed and Suleiman, managed to reach the U.S. as part of the resettlement program, joining an uncle, a U.S. citizen, in Connecticut. Ahmed traveled last year from Egypt, while Suleiman and his family reached the U.S. from Amman a day before Trump’s inauguration.

“I am not lucky,” said Mansour, adding that he and Suleiman had started the vetting procedures in Jordan roughly at the same time.

The revised travel ban means prolonged uncertainty for Mansour, his wife and four daughters, ranging in age from three to 13. “I am powerless,” he said. “I have to wait.”

Like other Syrian refugees, he said his family ran from danger, and doesn’t pose a threat to U.S. security. The Mansours fled Syria’s civil war in December 2012 after the fighting, including random shelling, reached their neighborhood on the outskirts of the capital, Damascus.

Close to five million Syrians have fled their country since 2011, and millions more have been displaced inside Syria. Most refugees moved to neighboring countries, including Jordan, Lebanon and Turkey, where they have strained the education and health systems, as well as municipal services.

Lebanon hosts close to one million displaced Syrians, more refugees per capita than any other country in the world.

U.S. ally Jordan, which has taken in more than 650,000 Syrian refugees, has said the world must do more to help regional host countries, including by absorbing more refugees.

In Beirut, the head of a leading international relief organization criticized the sharply reduced U.S. cap to refugee entry. David Miliband, head of the International Rescue Committee, said the lowered cap is a “historic assault on refugee resettlement to the United States, and a really catastrophic cut at a time there are more refugees around the world than ever before.”

The revised ban also suspends admissions to the U.S. for all travelers from six Muslim-majority countries for 90 days, except those who already have valid visas.

“Many of the people targeted in the new executive order have fled the same terrorists Americans are afraid of,” she said. “They are our allies in the fight against terrorism. It is a mistake to treat them as the enemy.”

Next post Supreme Court: Jury secrecy no bar to looking into race bias