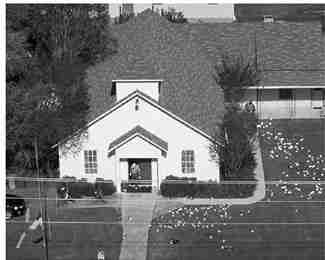 SPRINGS, Texas (AP) – The gunman who killed 26 people at a small-town Texas church went aisle to aisle looking for victims and shot crying babies at point-blank range, a couple who survived the attack said. Rosanne Solis and Joaquin Ramirez were sitting near the entrance to the First Baptist Church on Sunday when they heard what sounded like firecrackers and realized someone was shooting at the tiny wood-frame building. In an interview with San Antonio television station KSAT, Solis said congregants began screaming and dropped to the floor. She could see bullets flying into the carpet and fellow worshippers falling down, bloodied, after getting hit. For a moment, the attacked seemed to stop, and worshippers thought that police had arrived to confront the gunman. But then he entered the church and resumed “shooting hard” at helpless families, Solis said. The gunman checked each aisle for more victims, including babies who cried out amid the noise and smoke, Ramirez said. The couple survived by huddling close to the ground and playing dead. Solis was shot in the arm. Ramirez was hit by shrapnel.
“The lord saved me because I know it was my last day,” Solis told the station. About 20 other people were wounded. At least five were still hospitalized Tuesday.

SEOUL, South Korea (AP) – President Donald Trump says tougher gun laws would not have prevented a mass shooting at a south Texas church, arguing that more restrictions might have led to more casualties. Trump spoke at a news conference in South Korea Tuesday where he was asked about “extreme vetting” for gun purchases. Trump said: “If you did what you’re suggesting, there would have been no difference three days ago and you might not have had that very brave person who happens to have a gun or a rifle in his trunk.” As he did following last month’s Las Vegas massacre of 58 people, Trump pushed back against the question, calling it a “situation that probably shouldn’t be discussed too much” and noted that he was “in the heart of South Korea.” Trump added that if the Good Samaritan didn’t have a gun, “instead of having 26 dead, you would have had hundreds more dead.” Authorities say Devin Patrick Kelley fired at least 450 rounds of ammunition at worshippers in Sunday’s attack at the First Baptist Church in Sutherland Springs. The dead ranged in age from 18 months to 77 years old. 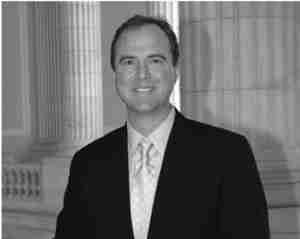 WASHINGTON (AP) – The top Democrat on the House committee probing Russian election meddling said Tuesday that America’s “democracy is under threat” from Russia and also from President Donald Trump. Rep. Adam Schiff, D-Calif., said Trump is trying to undermine the investigations and the nation’s news media. “I do feel our democracy is under threat,” Schiff said in an Associated Press interview. He said Russia poses an external threat, but “in many respects, the challenge from within is more serious because we have a president who takes issue with the First Amendment and a president who describes the press as an enemy of the people.” Schiff also criticized Republican congressional leaders for not challenging Trump on that and other issues. He said Trump’s criticism of judges who rule against him as not legitimate, and his efforts to limit Muslim immigration also threaten democracy. And he said Trump is trying to “disparage” the credibility of the FBI and congressional probes into Russia’s interference in U.S. elections and whether his own 2016 campaign was involved. 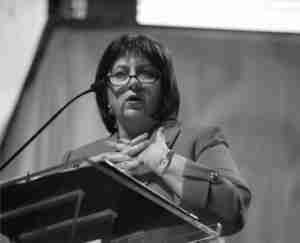 WASHINGTON (AP) – Puerto Rico has suffered such extensive devastation from Hurricane Maria that its recovery will fail unless the island gets more help from the Trump administration and Congress, the head of a federal control board that oversees Puerto Rico’s finances said Tuesday.
Natalie Jaresko, executive director of the federal control board, told Congress that the U.S. territory needs emergency and restoration funds “on an unprecedented scale” to restore housing, water and electric power. While conditions have improved since the Sept. 20 storm, nearly 60 percent of the island is without electricity, thousands remain in shelters and tens of thousands of houses do not have roofs, Jaresko said. The installation of temporary tarps will not be completed for months, she added. “Without unprecedented levels of help from the United States government, the recovery we were planning for will fail,” Jaresko said. Puerto Rican authorities have estimated the island suffered $45 billion to $95 billion in damage in the September storm, which virtually destroyed the island’s power grid and other infrastructure. So far, Congress has approved nearly $5 billion in aid. 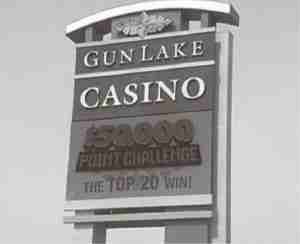 JUSTICES SEEM INCLINED TO SIDE WITH TRIBE IN CASINO CASE

WASHINGTON (AP) – Supreme Court justices suggested Tuesday that they would side with a Native American tribe in Michigan in a case that arose out of the tribe’s construction of a casino. The case the justices heard oral argument for on Tuesday has already been to the Supreme Court once. Michigan resident David Patchak sued in 2008 after the Match-E-Be-Nash-She-Wish Band of Pottawatomi Indians, also known as the Gun Lake Tribe, got the go-ahead to build a casino on land in Wayland near his home. In 2012, more than a year after the casino opened, the Supreme Court ruled that Patchak could proceed with his lawsuit. But in a law passed in 2014, Congress shut down further litigation. The Supreme Court is now deciding whether Congress’ act was constitutional. 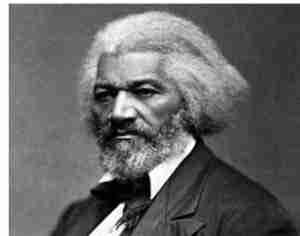 WASHINGTON (AP) – President Donald Trump has signed legislation to create a commission to plan celebrations for the 200th anniversary of the birth of Frederick Douglass, the prominent black abolitionist he insinuated was still alive earlier this year. The Republican announced on Thursday that the commission will develop and carry out activities to honor Douglass. He said Americans have much to learn from Douglass’ life and writings. During the kickoff for Black History Month in February, the president said: “Frederick Douglass is an example of somebody who’s done an amazing job and is getting recognized more and more.” Trump critics said the comments came across as indifferent toward black people. Douglass died in 1895. He was born in Maryland, although there’s debate whether it was in 1817 or 1818. The slave-turned-abolitionist lived for 25 years in Rochester, New York, where he’s buried. 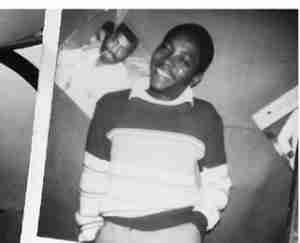 SLAYING THAT HAUNTED FAMILY FOR DECADES NOW LINKED TO RACISM

GRIFFIN, Ga. (AP) – When 23-year-old Timothy Coggins was found dead and disfigured beside a Georgia highway in 1983, the young black man’s family and neighbors whispered that his killing may be linked to racism.” It was always mentioned, and it was always suspected,” said his niece, Heather Coggins, who still lives not far from where he was killed. Now, more than three decades later, authorities say, it’s been confirmed. A Georgia district attorney says Timothy Coggins was killed for “socializing with a white female.” Prosecutor Ben Coker told a judge that Coggins was dragged behind a truck through the woods, news outlets reported. Arrest warrants say he was stabbed and sliced to death and suffered “severely disfiguring” wounds. A break in the cold case came in mid-October, when local and state law enforcement officials announced the arrests of five longtime local residents on charges stemming from the slaying. All five are white; two worked in law enforcement. Spalding County Sheriff Darrell Dix was emphatic about the motive during an Oct. 13 news conference in Griffin, about 40 miles south of Atlanta.