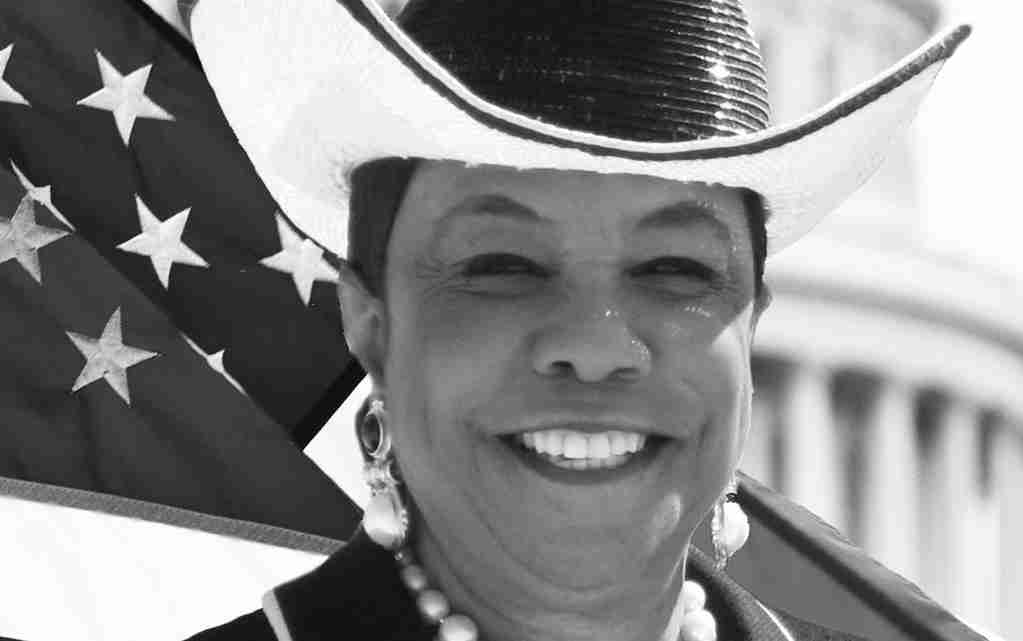 MIAMI, FL –Last year, 14 patients at the Rehabilitation Center at Hollywood Hills tragically lost their lives because of a ‘prolonged power failure’ that shut down the facility’s air conditioning system during Hurricane Irma. Today, Florida’s state legislature passed Senate Bill 7028 and House Bill 7099, which require nursing homes to have backup power capability and adequate fuel supplies to maintain air conditioning for 96 hours after loss of electricity. “This legislation is a victory for Florida. Our state has the highest concentrations of nursing homes and related facilities. Nursing homes’ preparedness and response to emergencies ensures that our seniors receive the care they deserve. To that end, I have partnered with state lawmakers, long-term care providers, and experts in the field to form an honorary task force to strengthen compliance and standards for licensed facilities. The first phase of our commitment included the October 19, 2017, congressional field hearing, which was convened to hear testimony from experts and officials about the tragedy with general recommendations. “Other actions include language added to an $81 billion disaster aid package requiring FEMA to provide training and guidance that will assist nursing homes and long-term care facilities to better prepare for power outages during a major natural disaster. Additionally, new language has been added to the Disaster Recovery Reform Act, requiring authorities responding to power outages during hurricanes to prioritize long-term care facilities and hospitals at the beginning of their response efforts. “The second phase of our commitment to strengthen compliance and standards for licensed facilities includes the formation of a consortium. This will include a broad spectrum of stakeholders who will reexamine emergency preparedness parameters and requirements for licensed facilities for seniors during natural disasters and propose specific actions to ensure that tragedies like the one that occurred at the Hollywood Hills nursing home during Hurricane Irma never happen again on our watch. We are the guardians of our seniors and it’s up to all of us to create a safety net for them to ensure this never happens again.” 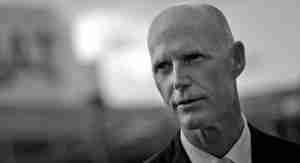 GOV. SCOTT POISED TO JUMP INTO FLORIDA’S RACE FOR US SENATE

TALLAHASSEE, Fla. (AP) – Republican Gov. Rick Scott appears ready to jump into Florida’s Senate race, setting up a high-profile showdown against incumbent Democratic Sen. Bill Nelson.Scott on Monday announced plans to make a “major announcement” on April 9. The move came a day after a top Scott aide, Jackie Schutz Zeckman, resigned as the governor’s chief of staff. Zeckman, who has worked for Scott since his first year in office, would not provide any additional details about the governor’s political plans. She worked on Scott’s re-election campaign four years ago.Scott, who had a scheduled news conference at a central Florida state park on Monday, sidestepped questions about his plans, but encouraged reporters to attend the announcement. “It’s going to be a fun day,” Scott said. Scott, who is leaving office in early 2019, has been mulling a run against Nelson for more than a year. The 65-year-old governor has recently been ramping up his criticism of the three-term incumbent and the two men have traded jabs over gun violence and what should be done in the aftermath of the shootings at Marjory Stoneman Douglas High School that killed 17 people. President Donald Trump has already publicly encouraged Scott to run. Scott, meanwhile, since last year has also been raising money for a federal super PAC. “I fully expect him to run,” said Brian Ballard, a well-known lobbyist who has close ties to both Scott and Trump. “I have expected him to run for two years.” Nelson, who has already said he will seek another term, was first elected to the U.S. Senate in 2000 after spending time as the state’s insurance commissioner and as a U.S. congressman. Nelson, who will turn 76 this fall, is the only statewide elected Democrat in Florida. 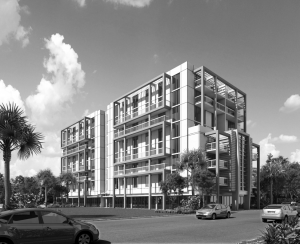 FL – March 27, 2018 – Carrfour Supportive Housing, Florida’s largest nonprofit affordable housing developer, has teamed up with Green Mills Group, one of the state’s leading ‘green’ multifamily development firms, to deliver much-needed permanent housing in Miami-Dade County with the launch of the Karis Village affordable housing complex. The brand-new $30 million development, now open at 11885 SW 216th Street in Miami’s Goulds neighborhood, consists of 88 apartments designated for low-income and formerly homeless families, with approximately half of its units set aside for at-risk veterans transitioning from life on the streets. Seventy-four of Karis Village’s units are earmarked for tenants earning at or below 60% of HUD’s area median income (AMI), which is equivalent to about $31,700 a year, with the remaining 14 units reserved for those earning at or below 33% of the AMI, or about $17,500 a year. Among the community’s 135 residents are dozens of American military veterans who served their country before falling into cycles of homelessness and drug addiction. Karis Village is able to accept residents with Section 8 or Veterans Affairs Supportive Housing (VASH) vouchers. “Karis Village provides a safe, permanent home as well as a full complement of supportive services for some of our community’s most vulnerable residents, including veterans and their families,” said Stephanie Berman, president and CEO of Carrfour Supportive Housing. With units ranging in size from studios to two-bedroom, Karis Village offers amenities including a children’s playground, library, computer lab, fitness center and an outdoor barbecue and patio area. The community is also certified by the Florida Green Building Coalition, equipped with solar panels, low VOC paint, low-flow bathroom fixtures, and Energy Star-certified kitchen appliances, ceiling fans and light fixtures.

NUNS, FUNDS AND GUNS: THE FIREARMS DEBATE ON WALL STREET

NEW YORK (AP) – Some of Wall Street’s heaviest hitters are stepping into the national debate on guns as investment firms ask firearms makers what they are doing about gun violence. The firms speak softly, but because they own trillions of dollars’ worth of stock, their voices travel far. And they’re now joining forces with some unusual allies, including smaller and untraditional investors. In this context, the investment fund BlackRock, which owns big stakes in three different gun makers, might end up working alongside a group of nuns. Sister Judith Byron, the director and coordinator of the Northwest Coalition for Responsible Investment, says her group and BlackRock appear to have similar ideas when it comes to gun manufacturers and retailers. Following the killing of 17 students and teachers at Marjory Stoneman Douglas High School in Parkland, Florida, funds like BlackRock started asking gun manufacturers what they are doing to reduce the risks of gun violence, and asking retailers how much they make from selling guns. Byron says her group, a coalition of religious communities and health care systems, invested in firearms makers a decade ago and has been working on gun safety issues for years. In the last few months the coalition introduced resolutions pushing American Outdoor Brands, Sturm Ruger and retailer Dick’s Sporting Goods to give reports to investors about the steps they are taking to reduce gun violence. “We’re hoping we can engage these big investors and encourage them to vote for our resolutions,” she says. Some larger investors have similar views. The biggest public pension funds in the U.S., CalPERS, recently refused to sell its investments in companies that sell assault rifles. It says that by remaining an investor, it’s been able to get those companies to make positive changes. The nuns aren’t protesters, and they don’t carry props or signs to disrupt board meetings, although they sometimes work alongside groups that use those tactics. Byron says some of the shareholder meetings she’s attended have been downright pleasant, with investors and board members thanking her for asking questions. Support from investment firms was crucial to the coalition’s big success last year when, after decades of work, it backed a successful resolution that required oil giant Exxon Mobil to disclose the effects climate change is having on its business.

TALLAHASSEE, Fla. (AP) _ A powerful panel of Floridians that meets every 20 years is about to decide whether a ban on oil drilling, term limits for school board members and nearly two dozen other ideas should be included in the state’s constitution. After meeting for the past year, the Florida Constitution Revision Commission has trimmed down a long list of proposals to 25 separate items that the panel will consider between now and early May. If the commission ultimately says yes to any of them, they will go to voters this coming November. Sixty percent of voters must vote yes before any of the amendments become law. The route to this point has been anything but smooth for the unique commission. The 37-member panel – whose members were appointed by Gov.

Rick Scott, legislative leaders, and the chief justice of the Supreme Court – has waded into contentious arguments over guns, abortion, education and whether to end the practice of greyhound racing at tracks around the state. Along the way, commissioners have considered proposals that were aimed at undoing court rulings that have upset Republicans or revisited past battles on gambling or health care regulation that got bogged down in the Florida Legislature. This has frustrated some members who said they should not rewrite the constitution just because legislators have been unable to pass a law. “This is wrong for the Legislature to sit back and dump it on us to solve the problem,” said Hank Coxe, a Jacksonville attorney and commissioner, during a debate on whether to outlaw greyhound racing. Tim Cerio, an attorney who once worked as Scott’s general counsel, defended the approach that the commission has taken so far. “Commissioners have the freedom to bring it up,” Cerio said. “We have to be guided by our own principles on what belongs in the constitution and what doesn’t.” One item that apparently doesn’t belong in the constitution is additional gun control restrictions.

Commissioners had not been considering any before the February shooting deaths of 17 people at a Florida high school. When some commissioners tried to consider restrictions – including a ban on some types of semi-automatic rifles – they were rejected on procedural grounds. A majority on the panel argued that it would be wrong to waive the commission’s internal rules in order to consider them now.

Among those items that are still under consideration:

• A prohibition on oil and gas drilling in state coastal waters.

• Requiring that employers use a verification system that checks the immigration status of people seeking jobs.

There’s no guarantee that a proposal will make the ballot since the commission rules require 22 out of 37 members to vote yes for an item to be placed directly on the ballot.

One overriding concern for commissioners is how many items they should place on what will likely be a lengthy ballot.

Voters will be deciding on a new governor, a U.S. Senate contest likely to feature Gov. Rick Scott against incumbent Bill Nelson, as well as down-ballot races for attorney general. Five amendments that have already made the ballot including one that would make it harder for the Legislature to raise taxes and another one that would automatically restore voting rights to most former prisoners.

Previous post FUNdraising Good Times: The right to be wrong