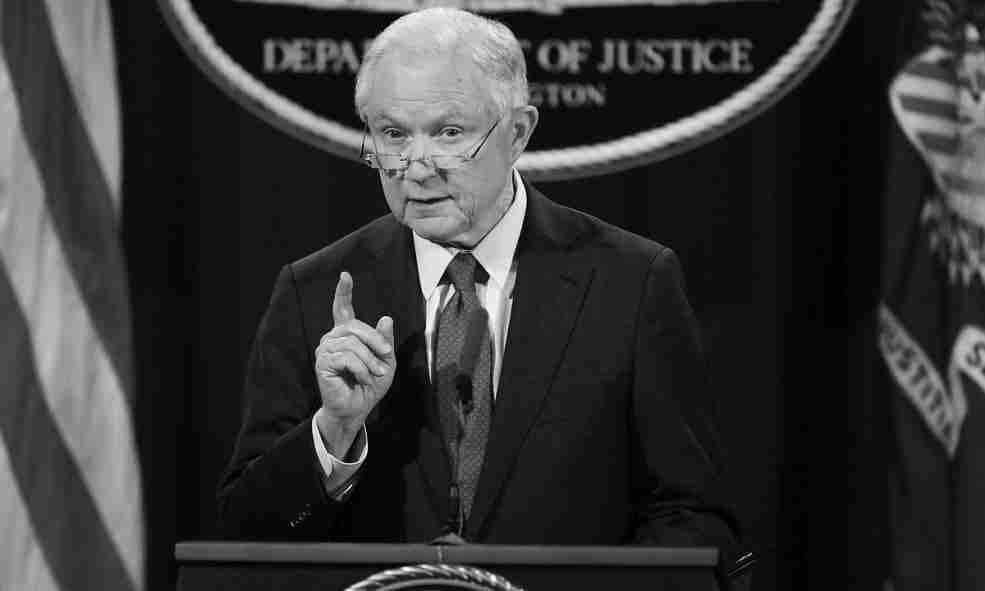 WASHINGTON – Attorney General Jeff Sessions last week praised a group of sheriffs from around the country for their service, veering from a prepared speech to note that “the office of sheriff is a critical part of the Anglo-American heritage of law enforcement.” The remark immediately drew outrage from at least one member of Congress and from the NAACP, which said it was “racially tinged” and “should give all people reason to worry.”

The turn-of-phrase actually refers to the legal heritage shared by the United States and England, from which the role of the sheriff originated. Other officials have said the same without much notice.

A look at what it means and why some were upset when Sessions said it:

WHY IT DREW OUTRAGE

The comment stood out, especially because it came from Sessions, a former Republican senator from Alabama who has faced questions about race throughout decades of public life, including during his confirmation hearings last January. Allegations of racially charged comments cost him a federal judgeship in the 1980s, and civil rights groups remain skeptical about his commitment to their interests, citing his rollbacks of Obama-era policies that aimed to reform criminal justice and policing. Sessions has denied being racially insensitive.

The NAACP said the Anglo-American comment was just the latest of Sessions’ derogatory remarks and “an unfortunate yet consistent aspect of the language coming out of the Department of Justice under his tenure.”

U.S. Sen. Brian Schatz, a Democrat from Hawaii, called it dog-whistle language intended to “pit Americans against each other” and said he had no regrets about voting against Sessions’ confirmation.

OTHERS HAVE SAID IT

The same terminology might not have caused such a stir if invoked by someone else. In fact, it was hardly noticed when Barack Obama made several references to the “Anglo-American legal system” in relation to the habeas corpus rights of Guantanamo Bay detainees, first as a senator and then as president.
In 2009, for example, he said he hoped to close the detention center in Cuba in a way “that adheres to rule of law, habeas corpus, basic principles of Anglo-American legal system, but doing it in a way that doesn’t result in releasing people who are intent on blowing us up.”
Other Justice Department officials have spoken of it, too, without generating much attention. References to the subject can be found in case law and in Supreme Court decisions.

Some of the sheriffs who heard the speech said they instantly knew what Sessions meant but understood why others may not. Sheriff David J. Mahoney, of Dane County, Wisconsin, said he recognized it as a legal reference but received emails from people who viewed it differently.

Sessions was referring to the history of the American legal system, and more specifically to the origins of the modern- day sheriff. “Since our founding, the independently elected sheriff has been seen as the people’s protector, who keeps law enforcement close to and amenable to the people,” Sessions said.

The office traces its roots to Anglo-Saxon England, where sheriffs were elected and their departments structured similarly to the American sheriff of today.

Responding to inquiries about Sessions’ comment, Justice Department spokesman Ian Prior said: “As most law students learn in the first week of their first year, Anglo-American law – also known as the common law – is a shared legal heritage between England and America. The sheriff is unique to that shared legal heritage.”