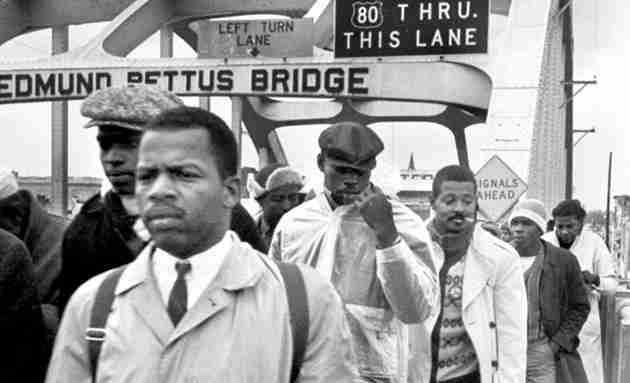 Philadelphia, Pa. – The built environment – our streets, public spaces, and monuments—has played a critical role in our country’s ability to confront and understand the history and issues relating to civil rights in the United States.

The University of Pennsylvania Stuart Weitzman School of Design is launching a new initiative to advance the understanding and sustainable conservation of heritage sites relating to African American struggles for equality, from before the passage of the 14th Amendment to the present day.

“From the Selma bridge where John Lewis and his fellow freedom marchers confronted state troopers to the Minneapolis street where George Floyd was killed by police, the story of Black Americans’ struggles for equality is written into our buildings and landscapes,” says Fritz Steiner, dean and Paley Professor at the Weitzman School. “These sites are essential places of reflection for our democracy, and they’re at risk of being lost for future generations.”

The Center for the Preservation of Civil Rights Sites (CPCRS), as the new initiative is called, will be led by Faculty Director Randall Mason, an associate professor in the Graduate Program in Historic Preservation at Penn who, from 2013 to 2017, directed PennPraxis, the Weitzman School’s sought-after consulting and community engagement arm. Mason continues to lead PennPraxis’ Urban Heritage Project.

“The history of African American civil rights has many chapters, and I sincerely hope we’re at the beginning of a new one,” says Mason. “It’s our goal to acknowledge these histories, help make visible the legacies of civil rights in the American cultural landscape, and engage a diversity of civil rights advocates, historians, preservationists, researchers, and organizations as an academic partner.”

Brent Leggs, whose work as executive director of the African American Cultural Heritage Action Fund at the National Trust for Historic Preservation was the subject of a January feature in The New Yorker, joins CPCRS as a senior advisor and adjunct associate professor.

Beginning this fall and continuing over the next three years, Leggs will lend his deep expertise to the strategies and outreach of CPCRS while teaching in the Graduate Program in Historic Preservation.

“Thanks to a broad coalition of partners with an afﬁrmative voice for historic preservation, our collective efforts will grow the preservation economy and the critical infrastructure necessary to protect these important places and to tell their remarkable story.”

Previous post Supporting teachers on the frontlines of COVID-19