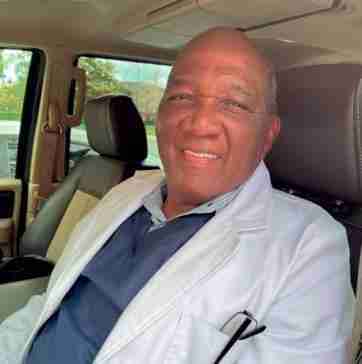 The Black church, like Payne Chapel AME, in West Palm Beach, which at 129 years is the oldest church in the city, is etched in a rich and storied history. From its beginnings in what was known as the Styx – in what now is among the wealthiest enclaves in the world, the Town of Palm Beach – to its recent young “Generation X" pastors, the esteemed church atop an inner-city hill is as colorful as scores of other Black churches like it around the globe.

But at Payne, the membership has always been seniors. The Black upper echelon. Those who took pride in carrying the ﬁnancial load of their place of worship. Families from one generation to the next were proud to say their greatgrandma went to Payne Chapel. Their aunties and uncles and others along the family bloodline were members. The senior pastors of days gone by at Payne were older, wise, and proven leaders inside and outside the church.

Intelligent? Yes. Biblical scholars? Of course! Born leader? Perhaps. But the historical church’s pastors no longer are seniors. The last two appointed have been millennials, or not far from it.

At 41, Payne’s newest senior leader looks even younger than his age. Pastor Odell Watson, who took the helm mere months ago, says people comment on his youthful appearance and his relatively young chronological age all the time.

But make no mistake about it, after serving in the capacity as a senior pastor for 19 years, he’s no infant, spiritually or otherwise. And when it comes to education, few in this world could rival hm, his wife and children. They’re not only biblical scholars, but educational standouts. The couple each have several individual postgraduate degrees, and their eldest child, at 17, and currently a senior in college, has been featured in the news for being a child prodigy.

Watson knows his new church is a storied, prestigious one. But plans to put his own measure of uniqueness on its present and future. He wants to staunchly impact the church and equally important the community at large.

Making history in the Palm Beaches is a woman who’s been doing that all her life. Beatrice Jacobs McKoy will be 100 on Feb. 12. But whoever heard of a 99-year-old still driving, maintaining a residence, and volunteering at the Salvation Army?

McCoy has deﬁed odds seemingly forever and a day. Before she retired and moved to Florida from New Jersey, she was the ﬁrst Black head secretary in the East Orange New Jersey Public School District. She was also head secretary for the United Negro College Fund in New Jersey.

But when she and her husband, Fred, moved to Florida around 1987, she brought her skills, drive, and business prowess with her. She instantly joined the Urban League of Palm Beach County, the Salvation Army, her homeowners association and her church, becoming intricately involved in all of them, even after her husband passed.

Patrick Franklin, president and CEO of the Urban League of Palm Beach County, lauded the duty and honor of McKoy a league board member until recently.

“She was on the board that hired me, he said. “She worked with me hand in hand our ﬁrst ﬁve years of fundraising. We did it together. She was there close to me well into her early 90s. I believe she’s been through 14 (league) presidents.”

Her daughter said she considers Franklin a son, apart from her biological son and daughter. He will be a guest speaker at a special birthday celebration being planned by her daughter on her birthday.

“She’s seen a lot and is always there for everyone.

She’s active and engaged and is a living example of what she walks and talks about,” Franklin said.

Also walking, talking, living and making history in South Florida is Dr. Richard Johnson, who in 1978 became the ﬁrst Black doctor on staff at Good Samaritan Hospital in West Palm Beach. “Good Sam” to this day is the hospital of choice for many of the elite across the Intracoastal Waterway in Palm Beach. Johnson recalls working there when White patients were assigned speciﬁc beds, while Blacks were assigned other beds speciﬁcally for Blacks. He spoke out vehemently against the practice.

But Johnson, who also is an airplane pilot, is etched in rich history not only in Florida but also in Missouri. He became only the second Black graduate of the prestigious medical school at St. Louis University. As if Johnson hasn’t done enough, he still makes house calls, now in his 70s.

How’s all this richness as we look back on our culture, our class, our race, and our destiny? We ARE black history! A contextual past. A duality of purpose. And a promising future.