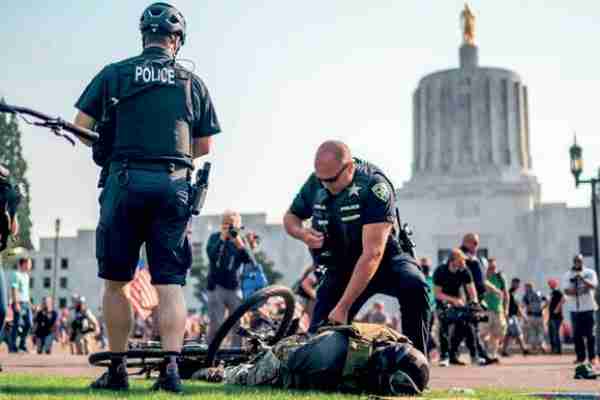 Employees at the store had attempted to stop Mulkey from stufﬁng items into a trash bag until he pulled out a gun, police said. Mulkey then continued to place merchandise into the bag and left. The workers called 911, and the responding ofﬁcers spotted Mulkey about ﬁve blocks from the store.

Body camera video showed the ofﬁcers draw their weapons and order Mulkey to get on the ground and to drop his gun multiples times. The vide shows Mulkey turning instead toward the ofﬁcers, who open ﬁre.

Ofﬁcers immediately began ﬁrst aid, ofﬁcials said. Mulkey was taken to a nearby hospital, where he died. Investigators didn’t believe Mulkey had ﬁred his weapon, according to authorities.

Both ofﬁcers involved in the shooting have been placed on paid administrative leave. State law enforcement ofﬁcers will investigate the shooting.