Jason Chaffetz, home in Utah, leaves questions in his wake 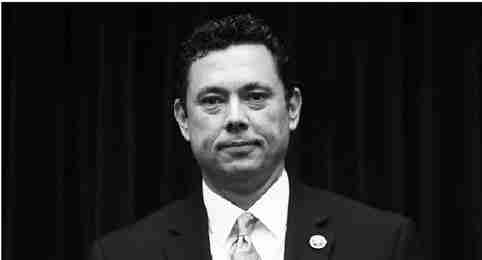 WASHINGTON – Since arriving in Washington in 2009, Republican Rep. Jason Chaffetz has been a political mainstay, doggedly investigating Democrats, frequently appearing on cable TV and regularly updating his legions of social media followers with photos of himself, his family and even his dog, Ruby.

His Twitter handle reminds people that of the 435 members, he’s @jasoninthehouse. Not for the next few weeks though.

The Utah congressman said late Wednesday in Instagram and Twitter posts that he will be away from the Capitol for up to four weeks. Chaffetz needs immediate surgery to remove screws and pins from a foot he shattered 12 years ago. True to form, he posted X-ray images showing the 14 screws and a metal plate in his foot, which he injured during a fall from a ladder at his home.

“I’m sorry to miss the important work we are doing in Washington, but medical emergencies are never convenient,” Chaffetz said.

Chaffetz’ recent moves have drawn scrutiny in Washington and back home, and left a few people wondering what’s next for the dark-haired, 50-year-old who kicked for Brigham Young’s football team.

As chairman of the House Oversight Committee the past two years, Chaffetz gained a high-profile as an investigator some would say antagonist – of Democratic presidential candidate Hillary Clinton. Chaffetz famously promised before the election to investigate Clinton “for years” even as he declined to go after President Donald Trump.

Frequently mentioned as a possible candidate for Senate or governor, Chaffetz shocked the political world last week by announcing he will not seek election to any office in 2018.

Chaffetz surprised Washington again on Tuesday when he appeared alongside Democratic Rep. Elijah Cummings to criticize former National Security Adviser Michael Flynn. Chaffetz said he had seen no evidence that Flynn, a retired Army lieutenant general, had requested or received permission to accept tens of thousands of dollars from Russian organizations after a trip there in 2015.

Chaffetz and Cummings asked the Army to investigate whether Flynn broke the law – the first hint of bipartisanship amid a flood of complaints by Democrats that Republicans have failed to scrutinize Trump and his associates.

But two days after appearing alongside Cummings, Chaffetz again found himself a target of partisan criticism, as Cummings blasted him for failing to follow up on his initial criticism of Flynn. Cummings complained that despite requests from Democrats, Chaffetz has not pressured the White House to release documents or called Flynn to testify.

“Republicans are not helping us – and they could help us,” Cummings said at a news conference (last) Thursday, singling out Chaffetz and House Speaker Paul Ryan, R-Wis.

“You cannot allow situations where the Congress requests documents and basically the White House says, ‘Take a hike.’ That’s simply unacceptable, and it sets a very dangerous precedent,” he said.

Chaffetz was in Utah Thursday preparing for surgery, but he said Tuesday that he did not believe the White House was acting in bad faith.

“I don’t feel like they have withheld any information. It really doesn’t involve the White House and, if it did, it would be the Obama White House,” where Flynn was a top intelligence adviser before being ousted in 2014, Chaffetz said.

Sen. Mike Lee, R-Utah, a longtimefriend, said he is sorry to see Chaffetz leave Congress. “He’s got boundless energy. He never stops thinking, never stop wondering. It’s refreshing,” said Lee, who worked with Chaffetz a decade ago when both were aides to then-Utah Gov. Jon Huntsman.

Chaffetz, who famously sleeps in a cot in his congressional office, has long talked about returning to Utah, Lee said. “I respect him for it. He’s given the job everything he’s got. It’s time to go.”

In Chaffetz’s congressional district, voters have mixed opinions on his motivations and whether he should push harder to investigate Trump.

Patsy Jones, a 78-year-old retiree who voted for Chaffetz, said she thinks he performs well under pressure and is sad to see him leave Congress.

Jones, an unaffiliated voter, said she thinks Chaffetz always intended to look into Trump’s business ties and is ramping up his efforts now because he might not have much time left in office. Chaffetz has said he may leave office early to pursue private interests but has not set a firm timetable.

David Kliger, a 69-year-old retired dentist and self-described “elite liberal,” said Chaffetz is finally investigating Trump because he needs to show he’s doing something. “He’s an opportunist and basically, he was looking forward to just beating up on Hillary Clinton.

And because Trump is president … he’s sort of caught in a bind,” said Kliger.

Kim Massey, 53, an unaffiliated voter who moved to suburban Salt Lake City last year, voted for Trump, but now regrets it and said she’s glad Chaffetz appears to be stepping up his investigation.

“I think he feels liberated. I think he probably doesn’t feel the pressure,” she said of Chaffetz. “He’s probably like, ‘I don’t have anything to lose so might as well do what I intended to do.'”