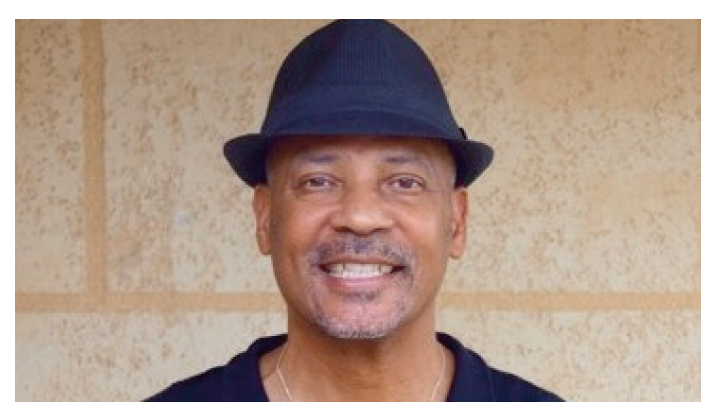 South Florida has benefitted from several African-American leaders that were progressive visionaries who took bold actions to make this area a better place to live for all; especially blacks who in many ways were legally segregated from mainstream society. Two of these men were Reverend Edward T. Graham and Dr. Von D. Mizell.

Graham came to Miami in 1943, from Spartanburg South Carolina, as executive director of the United Service Organization (USO), after being forced to leave by the KKK because his views were too radical. In Miami, Graham quickly engaged in promoting black causes. He noticed that, in supposedly cosmopolitan Miami, blacks had to go to a special beach off the Rickenbacker Causeway because they were not allowed to swim in the Atlantic Ocean. Graham could neither understand nor accept those conditions so he held the first “wade in” ever conducted in the United States. He took a group of blacks, drove over the causeway, and went to Bakers Haulover where they all stood in the water, refusing to leave until police forced them to.

Graham became a licensed minister at Mt. Zion Baptist Church in 1947; taking over as pastor in 1948. That year the first Easter sunrise services for Negroes ever held in Greater Miami took place on Virginia Beach, Sunday March 27th. Rev. Graham preached the sermon.

By this time, several radical white entities were accusing Graham of being a Communist. A cross was burned in his yard because he was invited to preach at a white Miami Shores Community Church in 1950. The action backfired because instead of discouraging him, it inspired him to do more in public relations. One example is when he effectively ended the segregation of hotels in Miami Beach by bringing over 10,000 Negro delegates to Miami for the National Baptist Convention in 1953. Graham took a list of hotels that were threatened to close due to a lack of business and cleverly convinced the owners individually that housing these delegates would save their businesses; and it did.

Graham served in the struggle on many fronts including religion, civil rights, education and public service. Some elevated him to the status of the Rev. Dr. Martin Luther King, Jr.- Miami style. Fitting, because Rev. Graham was probably the closest person in Miami to Dr. King. Leaders like Dr. King, Rev. Lowery and Ralph Abernathy came to Miami, often at the bequest of Rev. Graham.

Graham was a true public servant in every sense. He was the founder and first executive director of the Urban League of Miami. While Chairman of the Board of Trustees of Florida Memorial College, he lead the effort to facilitate the relocation of the institution from St. Augustine to Miami in 1968. He enlisted actor Raymond Burr (Ironside, Perry Mason) as Campaign Fund Raising chairperson.

In the words of Larry King, “Graham is as much a part of Miami as Bayfront Park, Biscayne Boulevard or Flagler Street. He is as important to us as any mayor, chamber of commerce president, civic leader or Jaycee president ever was. “

The Mizell family, in the opinion of many, has one of the most pre-eminent names in South Florida history, particularly Broward County. They have built a well-earned and richly deserved legacy of service that has fostered benevolence to Broward County and its African American community. They have played an integral role in meeting the needs of individuals long before local governments assumed those responsibilities as part of its official civil obligation. At almost every important juncture of Broward County history, the Mizells played a key role at a time when blacks were not permitted to obtain necessary services from the larger white community because of legal segregation and the prevailing racial attitudes of the time.

Dr. Von D. Mizell, the eldest of sons born to Isadore Mizell, Sr., became one of only a handful of black doctors in South Florida. He joined another legendary physician, Dr. James Sistrunk to build Provident Hospital, Broward County’s black hospital that would endure for almost 40 years.

Dr. Mizell remains one of the most significant African-American figures in the life of Fort Lauderdale and Broward County. As a pioneer, he fearlessly confronted the racism he encountered on every frontier, taking momentous strides for blacks in medicine, education, politics, law enforcement, housing and parks and recreation.

As the founding president of the Broward NAACP, Dr. Mizell petitioned for the creation of a black beach for Negro citizens in 1946, at a time when blacks were denied access to the areas’ public beaches. For the next seven years Dr. Mizell pressured authorities, who directed John U. Lloyd to find a location for the beach and secure it.

In 1954, the colored beach opened and Dr. Mizell continued to lobby the authorities to build road access to the beach. As a result of numerous beach wade-ins, the road was finally built, one can presume, to discourage blacks from going to white beaches. In 1970, the colored beach Dr. Mizell fought so hard to have created was declared a part of the Florida Parks system. Yet, for reasons that can best be called ironic, the park was named for John U. Lloyd.

During the State’s 2014 Legislative Session, the Florida State Legislature passed SB 820, which included an amendment by Rep. Joe Gibbons, designating a portion of Interstate SR A1A/Ocean Drive between SR 822/Sheridan Street and Cambridge Street, leading to the entry of John U. Lloyd Beach State Park as “Dr. Von Mizell Drive.”

The City of Fort Lauderdale and Broward County have also recognized his community activism and efforts by naming the Von D. Mizell Library on Sistrunk Boulevard as well as commemorating the so-called “colored beach,” located in John U. Lloyd Start Park, a place of historical significance under the State Historical Marker Program in his honor.