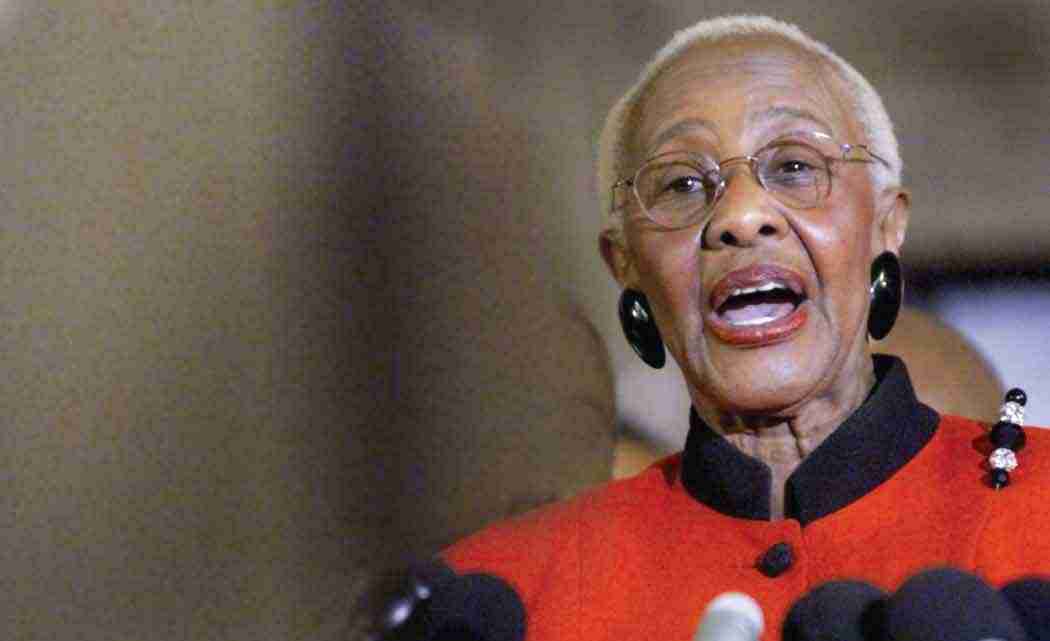 CHICAGO (AP) — The Rev. Willie Barrow, a front-line civil rights fighter for decades and a mentor to younger generations of activists, died Thursday in Chicago. She was 90.

Barrow was a field organizer for the Rev. Martin Luther King Jr., marched on Washington and Selma in the ’60s and more recently focused concern on Chicago’s gun violence and changes to the Voting Rights Act.

Barrow had been hospitalized for treatment of a blood clot in her lung, said fellow activist the Rev. Michael Pfleger.

“She’s one of those icons in the movement we’ve been able to hold onto for a long time, to learn from, to be loved by, to be challenged by,” Pfleger said.

Barrow helped organize sit-ins and boycotts in the South with civil rights icons including King, Rosa Parks and the Rev. Ralph Abernathy.

Alongside the Rev. Jesse Jackson, Barrow co-founded the Chicago chapter of Operation Breadbasket, which would become
Operation PUSH.

Around Chicago, many knew her as “godmother” or “mother” because of the care she took to advise and inform younger activists.

Barrow was born in Burton, Texas. In 1936, as a young child, Barrow demanded to be let on an all-white school bus.

“The fight for equality she joined that day would become the cause of her life,” President Barack Obama said in a written statement that lauded Barrow for her “pursuit of justice for all God’s children.”

“To Michelle and me, she was a constant inspiration, a lifelong mentor, and a very dear friend,” Obama said. “I was proud to count myself among the more than 100 men and women she called her ‘Godchildren,’ and worked hard to live up to her example. I still do.”