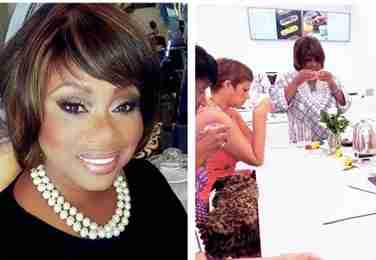 COCONUT GROVE, Fla. – A simple misunderstanding turned out to be a blessing in disguise for Lorna Owens. When she was in the midst of scheduling an appearance at a Williams and Sonoma store to promote her company’s soy candles, the store’s representative assumed Owens was bringing tea to the event.

“I had been going into Williams and Sonoma… because I came up with a program where I would pair my candles with their tea,” she explained.

When the retailer opened the Miami Beach store, Owens was invited to the store, but the invitation went beyond candles. About a week before her scheduled event, Owens called to confirm and tie up any loose ends when the representative said to her, “I can’t wait to taste your tea,” Owens shared about her then non-existent tea.

Owens said she wondered. Never one to squander an opportunity, Owens contacted her chemist with a last minute request and in less than a week, “I was in Williams and Sonoma with tea.” She’s been in the tea business ever since; adding it to her Coconut Grove based Desert Sage Lifestyle company, which also provides soy candles, natural body wash and lotion.

The Williams and Sonoma last February actually rekindled a passion for tea that Owens said began 20 years ago. And the tea of which she speaks is not your average everyday chamomile, ginger or flavored bag variety.

“Our teas are sourced from the two percent of the best teas and botanicals in the world. They are custom blended by hand,” she shared about her specialty teas, which she educates tea drinkers about in tea classes.

Fueling the company’s mission for wellness and philanthropy, fifteen percent of Desert Sage’s proceeds fund Footprints Foundation, a nonprofit that works to reduce maternal and infant mortality and morbidity with culturally sensitive evidence based training of doctors, nurses, midwives, and traditional birth attendants in Jamaica and D.R.Congo. The organization also provides clean birthing kits to traditional birthing attendants working in D.R. Congo and the Cameroon; and has joined the fight against female genital mutilation, For more information, visit https://www.desert-sage.co/candle-for-acause.

Next post FANTASY PLAYS: Immediate and future pickups for Week 10