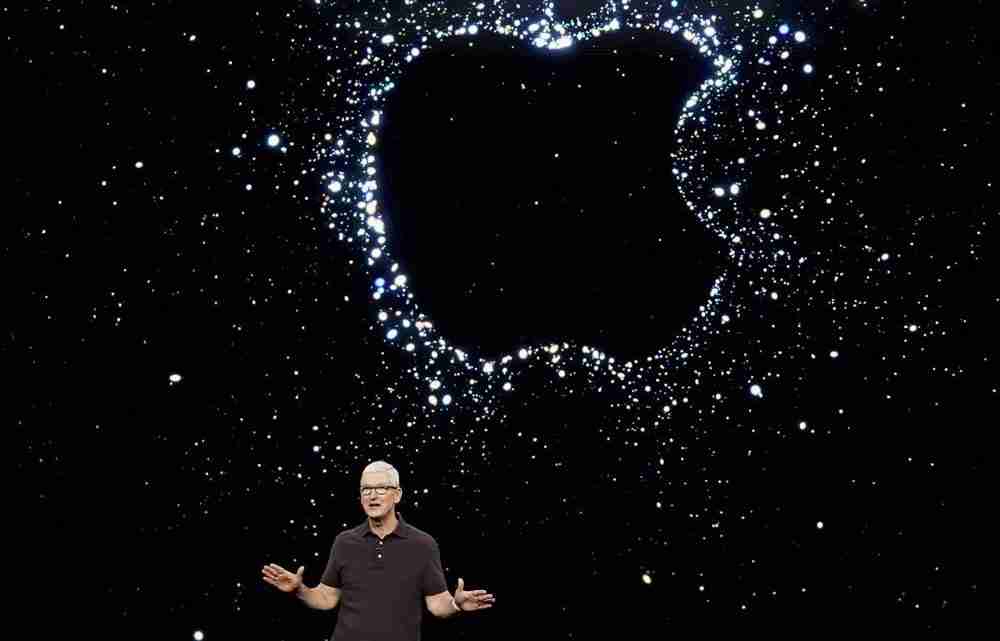 CUPERTINO, Calif. (AP) — Apple’s latest line-up of iPhones will boast better cameras, faster processors, and a longer lasting battery — all at the same prices as last year’s models, despite inflationary pressure that has driven up the cost of many other everyday items.

That pricing decision, revealed Wednesday during Apple’s first in-person product event in three years, came as a mild surprise. Many analysts predicted Apple would ask its devout fans to pay as much as 15% more to help offset rising costs for many components.

The hoopla surrounding Apple’s new iPhone 14 models is part of a post-Labor Day ritual the company has staged annually for more than a decade. Wednesday’s event was held on the company’s Cupertino, California, campus at a theater named after company co-founder Steve Jobs. After Apple CEO Tim Cook strolled out on stage, most of the event consisted of pre-recorded video presentation that the company honed during previous events staged during the pandemic.

For several years, Apple’s new iPhones have mostly featured incremental upgrades to cameras and battery life, and this year’s models were no exception. Pricing for the standard iPhone 14 will start at $799; the deluxe iPhone 14 Pro Max will start at $1099.

Among the latest improvements is a 48-megapixel camera in the Pro and Pro Max models that the company said will produce especially crisp pictures. The iPhone 13 versions of the Pro and Pro Max have 12-megapixel cameras. This year’s high-end models will also have always-on displays that stay lit even when the device is locked, a feature that has long been available on many smartphones powered by Google’s Android software.

Beginning in November, all the iPhone 14 models will be able to send SOS messages via a new satellite feature — a safety measure intended to let users request help when in remote areas without a wireless connection.

All the iPhone 14 models also will include a motion senor capable of detecting serious car crashes and automatically connecting to emergency services.

With inflation still hovering at its highest level in 40 years, consumers have curbed their spending on many discretionary items. That’s likely contributing to a recent decline in smartphone sales, although the iPhone has fared far better than competing Android devices .

The dimming sales outlook prompted the research firm International Data Corp. to predict a worldwide decline in 2022 smartphone shipments of 6.5%, almost double the 3.5% decline it had estimated a few months ago. Despite that anticipated drop in sales, the average price for new smartphones is expected to finish this year about 6% higher than last year, IDC estimated.

By keeping iPhones prices the same, Apple faces the potential risk of undermining its profits if inflation drives up its own costs. It’s a hit that the company could easily afford, given it has reaped $44 billion in profits through the first half of this year.

Apple could also end up fatten its bottom line if more consumers looking upgrade their mobile devices gravitate to the high-end Pro and Pro Max models, which generate bigger profit margins than the cheaper models. And it appears Apple is anticipating a growing number of consumers will will be prepared to pay an additional $200 to $300 for deluxe versions of the iPhone 14, said Wedbush Securities analyst Daniel Ives.

Consumers have already been snapping up iPhones this year, even though Apple charges among the industry’s highest prices. Apple sold an estimated 106 million iPhones through the first half of this year, an 8% increase from the same time last year, according to Canalys, another research firm.

The company’s Apple Watch Series 8, meanwhile, will include a new temperature sensor intended to help women retrospectively track their ovulation cycles in addition to the crash detection feature also debuting on the iPhone 14. The price for the latest Apple Watch, available in stores Sept. 16, will start at $399, the same as last year’s model.

In an effort to broaden the appeal of wearable technology, Apple is rolling out a Watch Ultra model designed to be more durable and offering a variety of special features tailored for hikers, scuba divers and other outdoor enthusiasts. The Watch Ultra, available in stores Sept. 23, will carry a premium price of $799.

CCI Insight analyst Leo Gebbie predicted that the Ultra will compete with existing sports watch brands like Garmin and some luxury Swiss watchmakers that market their products around extreme sports.

Apple also took the wraps off its next generation of wireless earbuds, the AirPods Pro 2, which will also maintain a starting price of $249.