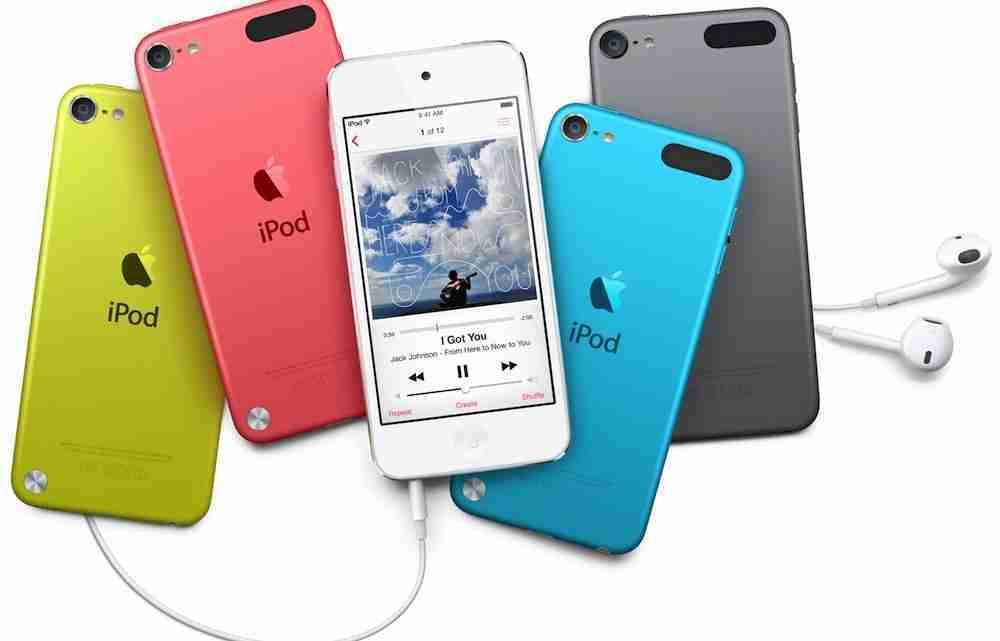 NEW YORK (AP) _ Although the iPod’s popularity has waned, Apple is updating its music player for the first time in nearly three years by giving the flagship Touch model a faster processor and better cameras.

Although music players existed before the original iPod’s debut in 2001, the iPod was the first to simplify syncing with digital music collections on personal computers. It was Apple’s first success beyond personal computers and began a company transformation that led to the iPhone in 2007, the iPad in 2010 and the Apple Watch this year.

Many people now listen to music on smartphones rather than iPods, though. Sales of iPods peaked at nearly 55 million in fiscal 2008, the year after the iPhone came out. In the most recent fiscal year, which ended last September, Apple sold 14 million iPods. By contrast, Apple sold 169 million iPhones in the same period.

As demand has slowed, so has Apple’s updates to the iPod: Apple no longer updates its iPods annually as it usually does with its top sellers.

But Wednesday’s update shows Apple isn’t giving up on the iPod.

The Touch is essentially an iPhone without cellular capabilities, as it runs the same iOS operating system and most of the same apps. Connected to the Internet over Wi-Fi, the Touch extends Apple Music and iPhone apps to teens and other younger customers who might not need cellphones or cannot afford cellular service.

Beyond music, the iPod Touch might get new customers hooked on Apple’s apps, video and other content _ such that they’ll turn to an iPhone, iPad or Mac when they are ready.

Prices for the Touch start at $199, the same as an iPhone 6 with a two-year service contract, but the iPod Touch requires no monthly service fees for voice, text and data. Calling is possible over Wi-Fi through FaceTime audio and video conferencing.

Without a contract, an iPhone 6 starts at $649, compared with a few hundred dollars for some Android smartphones.

“Having a $200 small computer without cellular service is a pretty good price,” Kay said. “This may be a second, third or fourth device for families that already have a bunch of Apple products. The 9-year-old wants something, so they get them a Touch.”

Rob Enderle of the Enderle Group said that while iPod sales have been declining, they are still massive.

“Not everyone wants an iPhone, yet a lot of those folks loved their iPods,” he said. “This product will be far more successful than anyone expects.”

_ The rear camera can take sharper pictures, at 8 megapixels. That matches recent iPhones and exceeds the 5 megapixels in the previous Touch. The front and rear cameras can now take 10 shots per second and slow-motion video at 120 frames per second.

Although the Touch has an accelerometer to track basic fitness, it doesn’t have all of the iPhone’s sensors. There’s no barometer to measure steps climbed and no fingerprint ID to unlock the device. There’s also no Apple Pay, the technology for making payments at retail stores. The screen remains at 4 inches, as measured diagonally, even though iPhones have gotten bigger at 4.7 and 5.5 inches.

Apple is introducing a new $399 model with 128 gigabytes, matching the iPhone’s maximum capacity. The $199 base model has 16 gigabytes, enough for thousands of songs, though the iPod Touch is meant to hold photos, video and apps, too.

The $49 iPod Shuffle and the $149 Nano are getting the same colors, but what’s inside isn’t changing. Neither model can run Apple Music or the various iPhone apps.

Next post In a social media society, who has the rights to your face?