Could searchers’ sonars have missed wreckage of Flight 370? 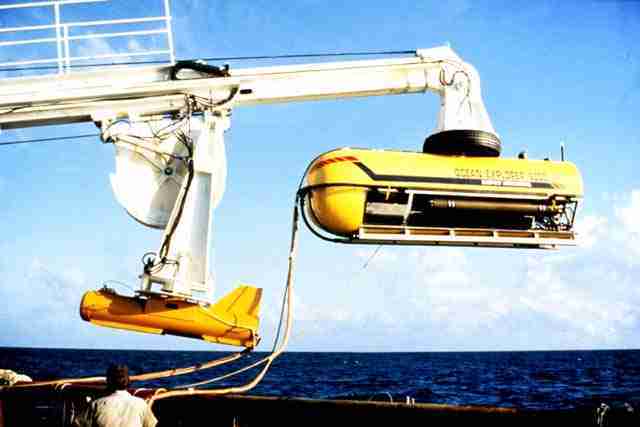 By ROD McGUIRK
CANBERRA, Australia (AP) _ Amid rising frustrations over the expensive, so-far fruitless search for vanished Malaysia Airlines Flight 370, experts are questioning the competence of the company in charge, including whether crews may have passed over the sunken wreckage without even noticing.

Such carping in a small, fiercely competitive and highly specialized industry isn’t unusual _ and some of the strongest comments have come from a company whose bid for the lucrative job failed. But others have also criticized what they suspect is shoddy work, inappropriate equipment use and a focus on speed over thoroughness by the Dutch underwater survey company hired by Australia to find the plane that vanished in the Indian Ocean on March 8 last year with 239 people aboard.

There are also calls for the government to release the growing mountain of sonar data collected so far, which skeptics say could show whether searchers have overlooked holes in the dragnet big enough to conceal a fragmented Boeing 777.

Australian authorities say they are confident in the efforts by the company leading the search, Fugro Survey Pty. Ltd. But the second-guessing has grown as time goes by with still no physical trace of the plane.

“It strikes me as odd that you’re hiring a company that doesn’t have the assets, doesn’t have the track record,” said Steven Saint Amour, an aircraft recovery expert based in Annapolis, Maryland.

Fugro has gotten some confidence from the discovery of an uncharted wreck of a 19th century merchant ship 3,900 meters (12,800 feet) underwater. This bodes well because pieces from the plane would be roughly 10 times as big as the bits of debris searchers found from the wrecked ship, Fugro search director Paul Kennedy said.

Kennedy, who has two decades’ experience in deep-sea sonar towing, dismisses much of the criticism as commercial rivalry and frustration at missing out on a major contract. He also defends his company’s equipment and methods.

“I don’t really buy into those arguments with the other people. We just get on with our work,” he said.

Some critics argue that Fugro could have easily missed the plane because they say its search ships are misusing 75 kHz side-scan sonar devises called “towfish” that are dragged above a ragged seabed that averages a depth of 4,000 meters (13,000 feet).

The towfish were used to declare a corridor 2,000 meters (6,600 feet) wide clear of wreckage. But some argue that that distance is too far to use such an acoustic system because the sonar image gets worse the farther the signal travels.

The image is said not to degrade with more modern equipment called Synthetic Aperture Sonar, or SAS.

There have been calls to use SAS, but Kennedy calls it a developing technology with some questions about its reliability. Because the search is in such a remote region, Fugro opted for establishedtechnology with ready supplies of spare parts.

Australian safety officials say the corridor isn’t too wide, and the equipment was tested thoroughly during sea trials.

Many experts want the raw sonar data released now, or at least reviewed by an outside party to ensure nothing has been overlooked.

Officials have refused, saying that doing the huge amount of work needed to review and analyze the data so it could be understood by the public would be an unwarranted distraction from search duties.

If nothing is found, the search will end next year after a withering 120,000 square kilometers (46,000 square miles) of remote ocean floor up to 6.5 kilometers (4 miles) deep have been combed with sonar and video.

But finding any mistakes after the search ends could be too late, said Mike Williamson, president of Williamson & Associates, which has searched for shipwrecks, aircraft, missiles and Apollo 11 rocket engines. The U.S.-based company lost out to Fugro on the bid to find the ship.

“If they find that they haven’t gotten 100 percent coverage, that means that everything they’ve done for the last 14 months is worthless. It would have to be redone,” Williamson said.

Some experts believe that all areas should have been searched twice before being declared clear of wreckage.

Australian officials would not disclose the minimum area that Fugro had to cover each month. But they have expressed satisfaction with the progress and said Fugro was balancing the needs for speed and quality. The limited degree of overlap of the corridors being searched means only 18 percent of the targeted sea bed will be searched twice.

Critics also argue that sonar images released by Australian officials show shadows _ areas where sonar has not penetrated because of a mountain or some other obstacle _ large enough to conceal a debris field as big as that left by Air France 447, which crashed in the Atlantic Ocean in 2009.

Until Malaysia Airlines Flight 370, the Air France search was the most challenging deep sea hunt for aircraft attempted in modern times.

Already the search has cost Australia and Malaysia $45 million. Australia expects it will cost another $80 million in the fiscal year that started Wednesday, and hopes Malaysia will again pay half.

The Australian Transport Safety Bureau, or ATSB, which chose Fugro for the job, concedes that the area already searched contains “data gaps due to shadows caused by geological features.” But these shadows have been catalogued and will be searched later, officials said. More difficult terrain will be searched by an autonomous underwater vehicle, rather than the less maneuverable towfish.

An international team of investigators that analyzed transmissions between the airliner and a satellite calculated that Flight 370 most likely crashed somewhere within 60,000 square kilometers (23,000 square miles) of seabed. It takes search ships a week to even reach that search area from the Australian west coast port of Fremantle.

ATSB announced in April that the search area had been doubled in size, even though the first priority area has still not been completely searched.

If Fugro ends up empty-handed, it will most likely be because the plane didn’t crash where officials thought, said Geoff Dell, a former Australian Airlines air safety investigator and current head of accident investigation at Central Queensland University.

But it’s still possible, he said, that searchers “may have driven over the top of it and didn’t see it.”

Danica Weeks, a New Zealander whose husband Paul was aboard Flight 370, has been aboard a Fugro search ship and trusts that the company knows what it is doing. But she also wants the data reviewed in case a crucial clue was missed.

She added: “I’m losing faith. I think any human being in this situation would.”