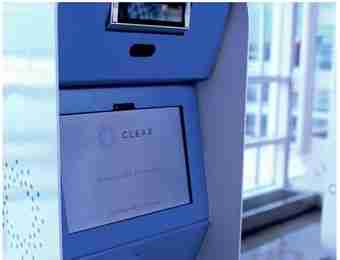 PHOTO COURTESY OF ONE MILE AT A TIME

FORT LAUDERDALE, Fla. – The movie, “Minority Report” included sci-fi devices that scanned potential criminals’ eyeballs to verify their identity before being arrested for crimes they’d planned to commit. The devices were also used to identify customers as soon as they entered a retail store. Similar to the movie’s sci-fi, futuristic equipment, a new security protocol has been launched at 39 locations throughout the nation, with Fort Lauderdale-Hollywood International Airport (FLL) becoming the latest.

CLEAR, a biometrics company recently announced its expansion to FLL, the fourth location in the South Florida region and fifth in the state where CLEAR is available. The launch at FLL marks the 39th location in the company’s growing nationwide network of airports and stadiums.

With CLEAR, members move through a dedicated lane at security where they instantly validate their identities with a fingerprint or eye scan before moving on to physical security screening. CLEAR can be used today at FLL’s Terminal 2 and will soon be available at all terminals in the airport. The process is also in use at nearby Miami International Airport, Marlins Park and American Airlines Arena. Elsewhere in the state, CLEAR is available at Orlando International Airport.

“We are very pleased to welcome CLEAR to the Fort Lauderdale-Hollywood International Airport,” said Mark Gale, CEO/Director of Aviation at Fort Lauderdale-Hollywood International Airport. “As our airport continues to experience phenomenal growth and transformation, we are always looking for the finest in amenities, shops, restaurants and services to enhance the guest experience, and we know that CLEAR is a fabulous addition to an already great line-up.”

“More than one hundred million people visit Florida every year, so our ability to offer a fast, predictable experience at both airports and stadiums in the area is extremely valuable,” said Howard Kass, SVP of Corporate Affairs at CLEAR. “We’re excited to build upon the ways members seamlessly move through life with our launch at Fort Lauderdale.”

With the launch at FLL, CLEAR is available at 26 major airports – covering the vast majority of domestic flights nationwide – and at the stadiums of 15 professional sports teams, including Marlins Park and American Airlines Arena in Miami. CLEAR also recently partnered with Major League Baseball to launch biometric ticketing, which enables fans to enter ballparks with just the tap of a finger. The company also unveiled biometric concessions and age validation for alcohol purchases — the first time in the United States that biometrics replace an ID for age validation and credit card for purchase in a single touch.

CLEAR membership is $15 per month with the option to add an additional family member for just $50 per year. Members can also bring their children under 18 with them through the CLEAR lane for free. Enrollment takes less than five minutes and members can immediately begin using CLEAR. CLEAR is SAFETY Act Certified as a Qualified AntiTerrorism Technology by the U.S. Department of Homeland Security. At both the airport and sports stadiums, CLEAR members get faster access by moving to the front of physical security screening after biometric identification – including bag checks, magnetometers, etc. – but do not bypass security. According to the company, CLEAR and TSA’s PreCheck program are complementary. CLEAR automates the identity check which reportedly provides speed and predictability while PreCheck provides convenience during the physical screening process by allowing flyers to keep their shoes and coat on.