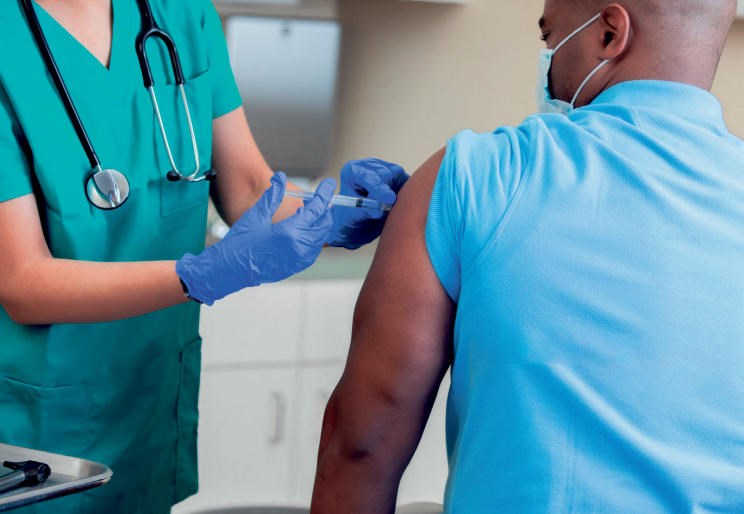 FORT LAUDERDALE, Fla. (AP) – The predominantly Black farming communities on the shore of Florida’s Lake Okeechobee will get a coronavirus vaccine station after a public outcry over a decision to give Publix sole local distribution rights left lower-income families isolated and facing long drives to reach the supermarket chain’s nearest store.

State Emergency Management Director Jared Moskowitz told The Associated Press on Friday that the state will set up a vaccine station in Belle Glade to serve it and its neighboring towns of Pahokee and South Bay. The station will get 5,000 doses _ that’s about how many people 65 and older live in the area.

Moskowitz said there was no intention of leaving out the communities, but it became clear they needed a solution after people at Tuesday’s Palm Beach County Commission meeting pointed out that the nearest Publix is 25 miles (40 kilometers) away, sparking widespread media attention.

“When problems are identiﬁed, what’s important is that they are ﬁxed,” he said. Palm Beach County Commissioner Melissa McKinlay, who represents the area and raised the issue Tuesday, said she is glad the state ﬁxed the problem, but said it shows even ofﬁcials don’t understand that the county is not just the wealthy and middle-class neighborhoods along the Atlantic Coast. More than 90% of those residents live within 2 miles (3 kilometers) miles of a Publix, but the chain has no stores in the mostly lower-income rural areas inland.

About 32,000 people combined live in Belle Glade and its smaller neighbors, according to the Census Bureau, and the median household income is about $26,000. That is right at the federal poverty line for a family of four.

“It is a tale of two counties,” she said.

Belle Glade Mayor Steve Wilson said Friday that he believes Gov. Ron DeSantis realized his administration had made “an oversight” after he and the region’s other mayors wrote to him this week and highlighted the public outcry. Wilson said the towns’ job now is to get their seniors out next Friday when the shots are ﬁrst offered, making sure they understand the vaccine is safe and will protect them from the disease.

“When you go to you doctor, when you go to the ER, you trust and believe in what is offered to you,” he said. “This is what we have to do _ have trust in our experts that we are going to be OK.” Palm Beach County’s Black residents are grossly underrepresented among its vaccine recipients. Overall, about a third of the county’s 375,000 seniors have received at least their ﬁrst dose, according to the State Health Department. But only 3.5% of the county’s vaccinations have been given to recipients who registered as Black, well below the 20% of the population they comprise. The actual percentage of Black recipients is likely somewhat higher as about 1 in 6 who received shots in the county did not list their race.

This is also true statewide. About 5% of the 1.6 million residents who have received their ﬁrst dose are Black and 8% are Hispanic. Overall, Blacks make up 17% of the state’s population and Hispanics are 23%. On Friday, the state’s Hispanic Federation called on DeSantis to “quickly address cultural barriers” preventing the community’s vaccination, saying they have been twice as likely to get the disease as white residents.

Statewide, almost 1.7 million people have tested positive for COVID-19 and more than 26,000 have died since the ﬁrst case was reported March 1. The number of positive cases reported daily has dropped, from a peak of 17,000 per day three weeks ago to about 10,000 this week.

Dr. Fred Southwick, a University of Florida infectious disease specialist, said the vaccine hasn’t been distributed widely enough yet to make a dent in the number of cases. Instead, he attributed the current decline to the fact that anyone who caught the virus at a Christmas or New Year’s gathering has now been diagnosed.

He said it remains important that Floridians wear masks and avoid large gatherings as new mutations that are arriving in the state are more contagious.

His UF colleague, Dr. Glenn Morris Jr., said that while there is no indication that two more contagious mutations of the virus circulating in the United Kingdom and South Africa are widespread in Florida, more testing is needed. He said only 200 samples per week out of 80,000 positive tests are being checked for the variants. He called on the state to better utilize its private and university labs.

The state says registrants will be contacted by phone, text or email when vaccine appointments are available in their county and assisted in making appointments to receive their shot. The website is myvaccine.fl.gov.