What happened to millions of NBA All-Star Stephen Curry’s money? You might be surprised 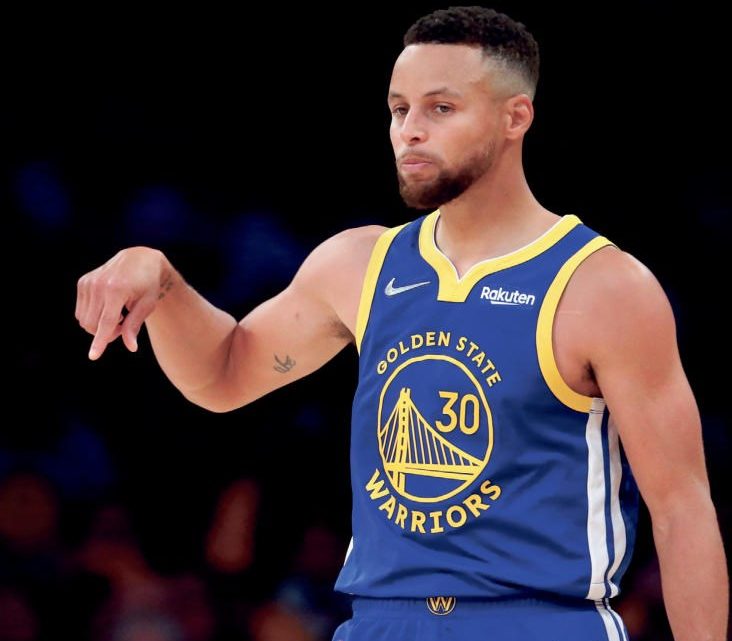 Washington – They are a diverse bunch.

Some are just eligible to vote. Many are not old enough to legally drink, while others are full-grown adults working on graduate degrees.

Four are from Chicago with a metro population of eight million people and one is from Suwanee, Georgia with just 16,000 souls.

Another calls home tiny Lugazi, Uganda, whose sports claim to fame is that in In 2012 its Little League baseball team qualified for the Little League World Series in Williamsport, Pennsylvania.

They have been drawn together to Howard University by three things; first, their love of golf, seventime NBA All-Star Stephen Curry’s money and finally, to answer a question the sports world has been asking since 2019 when it was announced that Curry had donated $6 million over six years to Howard to create a golf program at a university that hadn’t competed in the sport in nearly 50 years.

Can a seed planted and cultivated at a historically black university over time grow into a full-blown, competitive NCAA Division 1 program in an athletic endeavor that many don’t even consider a sport, even after Tiger Woods?

So far, the answer seems to be yes.

The team has equipment, uniforms, camaraderie, commitment, and talent and two golf teams, eight women on one and seven men on the other. So far, they already have posted wins and highly respectable first-year record in a sport season burdened by the coronavirus pandemic.

Additionally, the university raised an additional $3 million in July to support the program during its Bison at the Beach Golf Classic at Pebble Beach, California, golf course, the nation’s number one public golf course.

Curry made the commitment after then Howard student Otis Ferguson IV approached about the idea of a Howard golf program while Curry was screening a film he had made at Howard.

To begin the program, the university’s first step was to find an experienced leader who could build a program.

At Michigan State, Puryear became the first African-American head coach in a power five conference. He produced one national championship, one Big Ten championship, and two coach of the year awards.

Prior to Michigan State, Puryear was an assistant coach at Stanford University, an intense program that attracted world-wide attention during Tiger Woods’ tenure.

Puryear said he expects to bring the winning pedigree to Howard “My standards are the exact same,” Puryear said. “We want to find the best student athletes with the resources that we have available. Dealing with a champion like Curry could help us build something and go after the best players.”

Puryear is no stranger to HBCU golf. He graduated in 1992 from Tennessee State University where he was captain of the golf team. The team was led by Catana Starks, the first woman to coach a men’s golf program at the highest collegiate level.

“We want to build something that no one has seen,” Puryear said. “HBCU golf is getting stronger and better. I don’t feel pressured (by Curry or Howard) to win. All of the pressure that I have, I put on myself.”

Howard’s men’s and women’s golf team could have the same success as previous teams he has coached, Puryear said, which is why he reached out for Everett Whiten Jr.

Everett Whiten Jr., a junior majoring in marketing, received a call from Puryear just two days after he found out Hampton University discontinued their golf program due to budget cuts caused my COVID-19.

“We had only been home for a few days because of the pandemic when my coach called and said that the program had been cut,” said Whiten of Chesapeake, Virginia.

Whiten played multiple sports until 12 years old. His dad played golf and wanted him to play as well, but basketball had his heart. Whitten gave golf a chance in middle school and hasn’t looked back.

Since joining the university’s golf team, Whiten has finished in the top 10 at the Georgetown Invitational, top 15 at the Howard Invitational and won the Towson Invitational.

He credits much of his success to Puryear.

“Coach Sam is special,” he said. “At Hampton, I had a coach that went through the motion. Coach talks to us like we are one of his kids. We are really building a good culture for the next generation and I’m glad to be a part of it.”

Whiten got a chance to play golf with Stephen Curry during a fundraising event for the program.

“He’s a normal guy,” he said. “He came up to me and made a simple conversion like he was a Howard student himself. It’s exciting to see that he is invested into the program and not just financially.”

Puryear said he didn’t have much time to recruit after initially taking over the program, so during the recruiting process he targeted student athletes who were in the transfer portal.

Raquel Simpson, a sophomore majoring in political science from Chicago, said that she was committed to Hampton University, but had to look elsewhere once the golf program was cut due to the pandemic.

“Coach reached out to my parents, because he heard about what happened at Hampton,” Simpson said.

Simpson did not qualify to play in any tournaments this fall.

“I didn’t play as well as I hoped,” she said.” The regiment that coach has us on and the workouts with our trainer has me feeling prepared for the spring season.”

To get Simpson on track, she works out three days a week with the athletic trainer.

“On Tuesdays we work on lower body, Wednesdays is upper body, and Thursday is full body,” she said. “Other days we are expected to go to Woodmont Country Club, Argyle Country Club, or Woodmore Country Club to practice actual golf.”

Puryear said Curry’s financial support for the program attracted him to the head coaching job. Puryear said he has since found Curry is personally really invested into the program.

“The biggest thing is the support that Curry shows,” he said. “We have talked many times. He is a big supporter of the kids and actually wants them to play well.”

Justin Green, a first-year business management major, said golf is the main reason he came to Howard. The university wasn’t on his radar until he saw the donation from Curry, he said.

“My dad’s friend went to school with coach Puryear and that’s how we connected,” Green said. “I eventually came on a visit and continued to send my tournament result to him.”

Green has qualified and played in four of the five tournaments this season. He attributes his early success to hard work, the coach and his teammates.

“I use the donations from Curry as an opportunity,” he said. “We are really blessed because the coach has a lot of experience. He knows how to shape great golfers.”

In two seasons Puryear has had three athletes win an event.

Kendall Jackson, a first-year finance major from Pearland, Texas, said that she reached out to Puryear after learning about the donation from Curry.

Jackson said she has been playing golf since she was 6 years old and has always wanted to play at the collegiate level. In middle school, Jackson started going to the golf course every day and began playing in tournaments.

“I have always wanted to play golf at a HBCU,” she said.

Being the only child, Jackson was hesitant about attending Howard, because she wanted to stay closer to home.

After talking to Puryear and meeting some of her teammates, she was sold, she said. Jackson said that there is a small ounce of pressure with all the eyes on the program.

“I feel pressured slightly, but it’s more of a responsibility to be good,” she said. “The chemistry between us is good. We live together, have team bonding outside of golf, and support one another.”