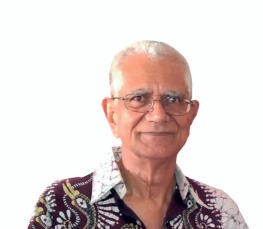 The following is the transcript of a dialogue that may or may not have taken place.

America: The problem we have with you is that you are like kindergarteners who make up stories as they try to understand the world; they grow out of them and you grow into yours.

Maga: What do you mean?

America: You believe that the Civil War was fought over state power, not slavery; that the First Nations were defeated at Little Big Horn; that politicians caused the Vietnam War to be lost.

Maga: Those are facts, not fairy tales.

America: No, they’re not. And some of you believe that the massacre of children at Sandy Hook and Parkland either did not happen or were staged to win support for gun control. You believe that the 2020 election was stolen from Donald Trump.

Maga: He said so and that makes it is so.

America: That’s what cultists say. But they are brainwashed. One group believed that if they killed themselves a spaceship would take them to a better place — and they did kill themselves. Another group squirted cyanide into the mouths of their infants and then lined up and drank Flavor-Aid spiked with cyanide to cross over to the other side — and nearly 1,000 of them died. Your leader said the only way he could lose re-election would be through fraud. You not only believe him but you helped spread the lie and you invaded the Capitol for him.

Maga: We are not cultists.

America: Granted, not all of you have lost your minds. It is your soul that some of you have surrendered. Many are in Congress. They know the republic cannot survive under a man who claims he has absolute power and yet your House members refused to impeach him last year for abuse of power.

Maga: No collusion, no obstruction.

America: What about now? This time you were in the midst of it. Congress people had to flee for their lives. Extensive video footage shows your leader inciting you and your rampage. And still only a handful of your House members voted to impeach Trump and only five voted to let the Senate trial proceed, meaning they will acquit him — again.

Maga: If you people hadn’t stolen the election, none of that would have happened, so don’t blame brave patriots for trying to protect our freedoms. And look here, a lot of us don’t even believe our people were involved.

America: Make up your mind.

Maga: : Some of us believe it was staged by anti-fa and Democrats to make us look unpatriotic. The same thing with this China virus. A lot of us believe its fake news intended to take away our freedoms.

America: Tell that to the nearly 450,000 Americans who have died so far and the more than 25 million who have been infected.

Maga: You have been inflating the numbers to make our leader look bad. Still, he was able to pull off a miracle with Operation Warp Speed to develop vaccines in record time.

America: And he left a mess regarding delivery, after starting off denying the virus exists and ridiculing scientists. But let’s get back to the insurrection. You knew exactly what you were doing. And those who joined the administration and those in Congress were too cowardly to stand up to him.

America: He lost in 2020 and your Congress people are dodging his guilt by claiming it is unconstitutional for the Senate to try him because he’s out of office. But that’s what happened in 1797 with Senator William Blount of North Carolina and in 1876 with Secretary of War William Belknap.

Maga: You done with the history lesson?

America: How about some contemporary history? You say you are willing to live in an autocracy. Have you been following the news from Russia about the brutal crackdown on dissident Alekei Navalny and his supporters?

America: Once you start surrendering your freedoms to a man who may seem to be your savior, you don’t know how it will end.

Maga: It is you who are constantly trying to violate the Constitution. We’re trying to prevent you from turning our beloved U.S. of A. into a communist, Marxist, socialist dictatorship.

America: So by invading the Capitol you were defending the Constitution and not trying to stage a coup? Because of you, our democracy now has to operate behind barbed wire and be guarded by soldiers. Maga: That is how you people want it. You stole the election and now you are using power to do just as you please. And, you know what? We were warned that this would happen.

Maga: You know the answer.

America: How do you know that this “Q” is not someone who wanted to show how naïve, gullible and stupid some Americans are? You really believe that our country is led by a “deep state” devil-worshipping cabal and Democrats operate a child prostitution trafficking ring and drink children’s blood and a mighty reckoning is a-coming when traitors will be arrested and executed? Or is it that some foreign country’s psyops campaign to destabilize the United States has succeeded?