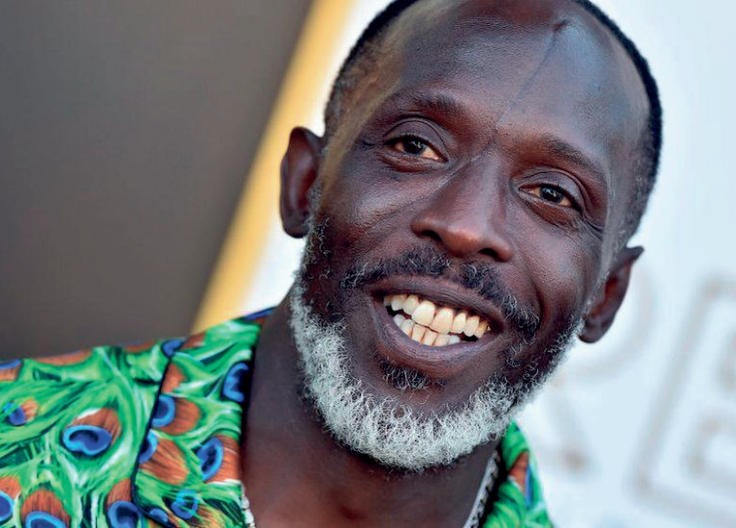 New York (AP) – Actor Michael K. Williams, who as the rogue robber of drug dealers Omar Little on “The Wire” created one of the most beloved and enduring characters in a prime era of television, died Monday.

His death was being investigated as a possible drug overdose, the NYPD said. The medical examiner was investigating the cause of death.

Little, a “stick-up boy” based on real ﬁgures from Baltimore, was probably the most popular character among the devoted fans of “The Wire,” the HBO show that ran from 2002 to 2008 and is rewatched constantly in streaming.

Williams was also a ubiquitous character actor in other shows and ﬁlms for more than two decades, creating another classic character as Chalky White in HBO’s “Boardwalk Empire” from 2010 to 2014, and appearing in the ﬁlms “12 Years a Slave” and “Assassin’s Creed.” He is up for an Emmy for his role in HBO’s “Lovecraft Country.” A win at the Sept. 19 ceremony would be his ﬁrst in four nominations.

As Little, he played a criminal with a strict moral code, known for taking advantage of a reputation for brutality that wasn’t always real.

Williams, who had worked in tiny TV roles and as a backup dancer for hip-hop acts before landing the role, had said that reputation started to stick to him in real life.

“The character of Omar thrusted me into the limelight,” he told Stephen Colbert on “The Late Show” in 2016. “I had very low self-esteem growing up, a high need to be accepted, a corny kid from the projects. So all of a sudden, I’m like, Omar, yo, I’m getting respect from people who probably would have took my lunch money as a kid.”

With smoke from his cigarette often wafting through the darkness, the character would whistle the melody known to American children as “The Farmer in the Dell” and British children as “A Hunting We Will Go” to ominously announce his arrival.

And he spoke many of the show’s most memorable lines, including, “a man gotta have a code” and “all in the game yo, all in the game.”

The character also broke TV ground as an openly gay man whose sexuality wasn’t central to his role.

Williams appeared in all ﬁve seasons of “The Wire” from 2002 to 2008, his character growing in prominence with each season.

Instantly recognizable with a distinctive scar that ran the length of his face, Williams said most people who saw him on the street called him “Omar,” but he never really resembled the character.

“I could never be Omar,” he told Colbert with a laugh. “I didn’t have the balls that dude had.”

His “Wire” co-stars, and many others, paid him tribute Monday afternoon.

“The depth of my love for this brother, can only be matched by the depth of my pain learning of his loss,” Wendell Pierce, who played Detective William “Bunk” Moreland and had many memorable scenes with Williams, said on Twitter. “An immensely talented man with the ability to give voice to the human condition portraying the lives of those whose humanity is seldom elevated until he sings their truth.” “BIGGEST HEART”

David Simon, who created the show and Williams’ character, said on Twitter that he was “Too gutted right now to say all that ought to be said. Michael was a ﬁne man and a rare talent and on our journey together he always deserved the best words. And today those words won’t come.”

Isiah Whitlock Jr., who played crooked politician Clay Davis on “The Wire,” tweeted that Williams was “One of the nicest brothers on the planet with the biggest heart. An amazing actor and soul.” Actor John Cusack tweeted that his portrayal of Little was “Among the greatest performances tv and ﬁlm has ever seen.”

Williams was born in 1966 in Brooklyn, the son of a mother from Nassau, Bahamas, and a father from South Carolina. He was raised in the Vanderveer Projects in East Flatbush, Brooklyn, and went to George Westinghouse Career and Technical Education High School.

His ﬁrst forays into entertainment were as a dancer for artists including Missy Elliot, Ginuwine, Crystal Waters and Technotronic.

“I was angry and I had a lot of energy,” he told The Associated Press in 2018. “It was such an outlet. I was not the best dancer, you know, by far, but I was deﬁnitely the most passionate. I always had this energy. You always felt me whether I was in sync or not with the other guys.” Williams had been working with a New Jersey charity to smooth the journey for former prison inmates seeking to reenter society and was working on a documentary on the subject.

He spoke in an Associated Press story in 2020 of his rough time growing up, and said he had struggled with drug addiction, which he had spoken frankly about in interviews in recent years.

“This Hollywood thing that you see me in, I’m passing through,” he said. “Because I believe this is where my passion, my purpose is supposed to be.” Associated Press Writer Tom Hays contributed from New York. Dalton reported from Los Angeles.