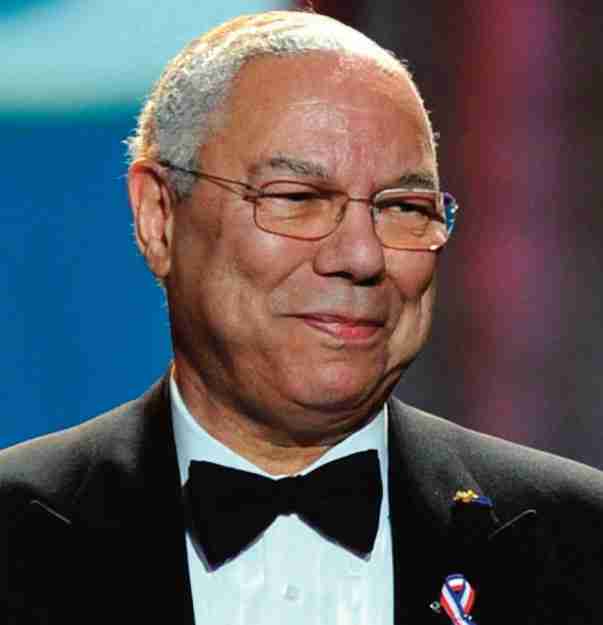 Alexandria, Va. (AP) – Colin Powell’s career spanned some of the most signiﬁcant moments of the last 40 years so it’s no surprise that an auction of items from his estate reflects that: gifts and medals from foreign dignitaries and presidents, photos of his swearing-in as secretary of state.

But it might be the more whimsical items that better tell the story of what kind of man he was: the “Star Wars” lightsaber given to him by George Lucas, a race car helmet, the memorabilia connected to the Buffalo Soldiers, the 19th-century African American Army regiments that Powell championed throughout his career.

In all, nearly 400 items big and small, momentous and mundane, are up for auction with proceeds to beneﬁt the America’s Promise Alliance – which Powell once chaired – and the Colin Powell School at the City College of New York, his alma mater.

“It’s really a capsule of American history in the last four or ﬁve decades,” said Elizabeth Haynie Wainstein, owner and president of The Potomack Company, the auction house conducting the estate sale.

Reviewing the many items that reflected Powell’s interactions with both world leaders and regular Americans who were fans of Powell, Wainstein said that Powell’s kindness stood out as much as his historical signiﬁcance.

“He was kind. That’s what we kept coming back to,” she said.

The auction is already underway and will run through Nov. 16. Bids can be placed online, and items can be viewed in person at the auction house in Alexandria.

A few items are already proving popular – a Baikal shotgun presented to Powell by Mikhail Gorbachev at a 1988 summit in Moscow had already received a $7,000 bid by Thursday afternoon, well above the $3,000 to $5,000 estimate given by the auction house.

The estimates, though, are for the intrinsic value of the items and do not account for how bidders value the fact that the items belonged to Powell and his wife, Alma.

The items collectively have an estimated value of $88,000 to $144,000. While many items may prove pricey, others may be relatively inexpensive. Some items, such as plaques and prints, have estimated values of $50 or less. Smaller items like a brass doorknob from New York City Public Schools and numerous fountain pens are in the catalogue.

“His son said he liked penmanship,” said Zachary Diaz, who catalogued the collection and visited the Powells’ home in McLean, a Virginia suburb near Washington, D.C., to collect items and help them decide which items to include in the auction.

One under-the-radar item that caught Haynie Wainstein’s eye is a beat-up briefcase from an Association of Southeast Asian Nations meeting in Brunei in 2001. The estimated value is just around $50, but its worn condition indicates Powell regularly used it, she said.

Other attention getters include the lightsaber inscribed “To General Powell from General Skywalker” and signed by Lucas, as well as the racing helmet signed by drivers in the inaugural 2011 Baltimore Grand Prix. Powell, a car aﬁcionado, served as Honorary Grand Marshal for the event.

Powell died last year at the age of 84. He served as secretary of state during the ﬁrst term of President George W. Bush from 2001 to 2005, including the Iraq War. Before that he served as national security adviser in the Reagan administration and chairman of the Joint Chiefs of Staff in the George H.W. Bush administration, when Powell played a key role in the Persian Gulf War.