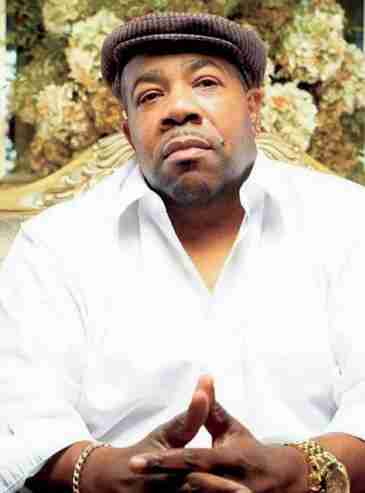 Riviera Beach, Fla. – DeOntre McCray says his father would draw a large mural on an important building that would be praised far and wide by the people, but despite the hoopla, Demetrius McCray would humbly brush it off – no pun intended.

Derrick McCray, Sr., the senior owner and CEO of popular McCray’s Backyard Bar-B-Q and Seafood, called his brother an art genius, but both son and brother insist he wasn’t a showboat – rather a humble man, non-argumentative, who would get his point across when necessary, if quietly; who even as a worldrenowned artist, forsook the limelight.

Demetrius McCray suffered a massive stroke last Tuesday and passed on Friday, June 3. Affectionately known as “Big D,” he was the proprietor of Big D Graﬁx of Riviera Beach, where he was born and raised. He was 55.

He married his childhood sweetheart, Shadon who mourns his loss along with their three children, Demetrius McCray II, DeOntre, Deja and their families.

His family says he was a talented artist since childhood. His art and murals have enlivened many buildings and a plethora of places around the world. School campuses throughout Palm Beach County have his work emblazoned on various buildings, walls and floors. Municipalities, recreation buildings and recreation buses are part of his repertoire. He custom painted a mural of Venus and Serena Williams on the Williams family charter bus.

Derrick said his brother also was a geography buff, the reason he took his family across to exotic places such as Dubai, Bali, the Maltese, China, Greece, Thailand, the Caribbean, Costa Rico, Cabo and others. “My brother has always been fascinated with places on the world map ever since he was a child,” said Derrick.

But despite having traveled the world, son DeOntre said his father’s preferred place to visit is in the United States: New York. “My dad knows New York like the back of his hand. That’s his favorite place,” he said.

Demetrius also took pride in community, something that runs in the McCray family lines, said DeOntre and Derrick. The late Rev. Herman C. McCray, Jr. was a civil rights icon in Palm Beach County, a community stalwart for whom a bridge that connects Riviera Beach and West Palm Beach is named.

For decadesd before Derrick became famous for his ribs and his lucrative annual Super Bowl chef contracts, their dad, Rev. McCray, owned the family barbecue business.

The three boys (Derrick, Demetrius, and Herman, III) have carried on their father’s legacy as community servants. Rev. McCray and their mother Lillian have since passed, but DeOntre calls it the “McCray Stature.” He said it has nothing to do with their size, but rather their stance. “It’s (that aura) when a McCray walks into a room,” he said.

DeOntre said his mother Shadon is the pillar of their family and the love of his father’s life. “My dad absolutely loves my mother. He would stop the world for her. His love for her is everlasting,” he said. “They met when my mom was 15 and he’s been madly in love with her ever since.”

Demetrius is survived by his wife, their three children and their grandchildren; his two brothers and their families; his in-laws and a host of other relatives.

Derrick said his brother actually took his last breath at 23:15 military time, noting that the address of their childhood home in Riviera Beach is 2315 Avenue S. He says it’s a sign from God that his brother was called back “home.”