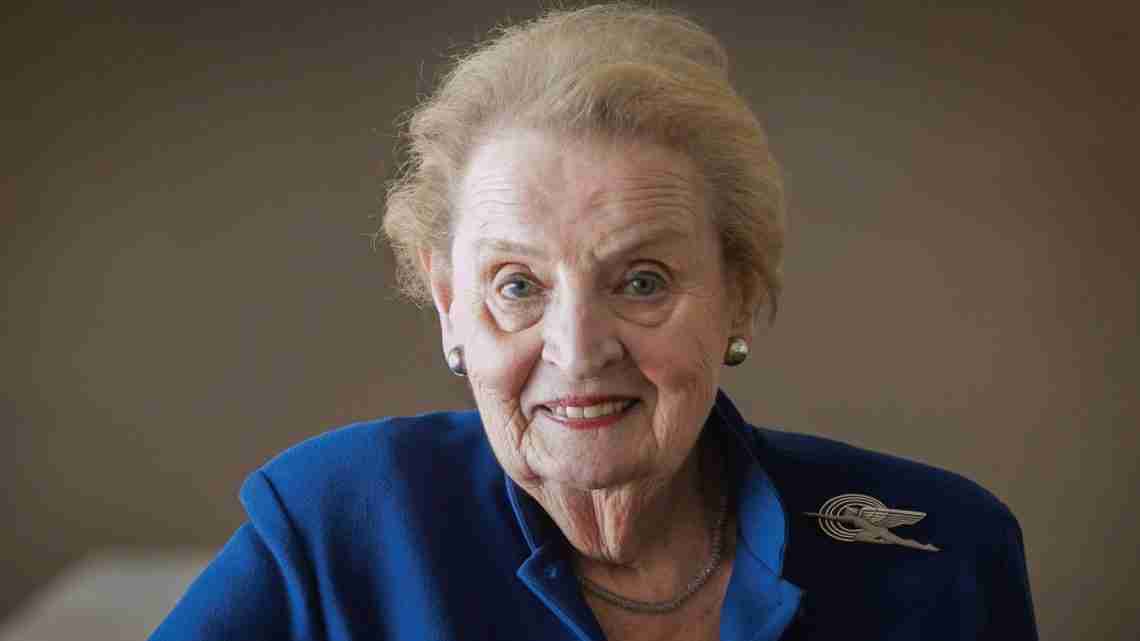 Washington (AP) – Madeleine Albright, a child refugee from Nazi- and then Soviet-dominated Eastern Europe who rose to become the ﬁrst female secretary of state and a mentor to many current and former American statesmen and women, died Wednesday of cancer, her family said. She was 84.

A lifelong Democrat who nonetheless worked to bring Republicans into her orbit, Albright was chosen in 1996 by President Bill Clinton to be America’s top diplomat, elevating her from U.S. ambassador to the United Nations, where she had been only the second woman to hold that job.

As secretary of state, Albright was the highest-ranking woman in the history of the U.S. government. She was not in the line of succession to the presidency, however, because she was born in what was then Czechoslovakia. The glass ceiling that she broke was universally admired, even by her political detractors.

Clinton called her “one of the ﬁnest Secretaries of State, an outstanding U.N. Ambassador, a brilliant professor, and an extraordinary human being.” Albright advised women “to act in a more conﬁdent manner” and “to ask questions when they occur and don’t wait to ask.”

“It took me quite a long time to develop a voice, and now that I have it, I am not going to be silent,” she told HuffPost Living in 2010.

“We have lost a loving mother, grandmother, sister, aunt and friend,” her family said in a statement.

Albright remained outspoken through the years. After leaving ofﬁce, she criticized Bush for using “the shock of force” rather than alliances to foster diplomacy and said Bush had driven away moderate Arab leaders and created potential for a dangerous rift with European allies.