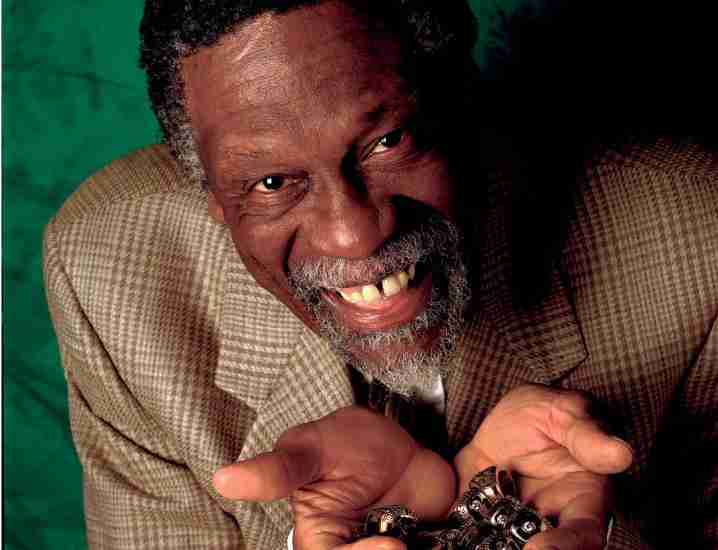 Boston (AP) – Bill Russell redeﬁned how basketball is played, and then he changed the way sports are viewed in a racially divided country.

The most proliﬁc winner in NBA history, Russell marched with Martin Luther King Jr., stood with Muhammad Ali and received the Presidential Medal of Freedom from President Barack Obama. The centerpiece of the Boston Celtics dynasty that won 11 championships in 13 years, Russell earned his last two NBA titles as a player-coach – the ﬁrst Black coach in any major U.S. sport.

Russell died Sunday at the age of 88, with his wife, Jeannine, at his side, his family said in a statement posted on social media. No cause of death was immediately available; Russell, who had been living in the Seattle area, was not well enough to present the NBA Finals MVP trophy in June due to a long illness.

“We hope each of us can ﬁnd a new way to act or speak up with Bill’s uncompromising, digniﬁed and always constructive commitment to principle,” the family said. “That would be one last, and lasting, win for our beloved #6.”

A Hall of Famer, ﬁve-time Most Valuable Player and 12-time All-Star, Russell in 1980 was voted the greatest player in the NBA history by basketball writers. He remains the sport’s most decorated champion – he also won two college titles and an Olympic gold medal – and an archetype of selflessness who won with defense and rebounding while others racked up gaudy scoring totals.

Often, that meant Wilt Chamberlain, the only worthy rival of Russell’s era and his prime competition for rebounds, MVP trophies and barroom arguments about who was better. Chamberlain, who died in 1999 at 63, had twice as many points, four MVP trophies of his own and is the only person in league history to grab more rebounds than Russell – 23,924 to 21,620.

But Russell dominated in the only stat he cared about: 11 championships to two. “Bill Russell was the greatest champion in all of team sports,” NBA Commissioner Adam Silver said. More importantly, he added: “Bill stood for something much bigger than sports: the values of equality, respect and inclusion that he stamped into the DNA of our league.”

In a statement released by the White House, President Joe Biden praised Russell for his lifelong work in civil right as well as in sports, and called him “a towering champion for freedom, equality, and justice.”

“Bill Russell is one of the greatest athletes in our history – an all-time champion of champions, and a good man and great American who did everything he could to deliver the promise of America for all Americans,” Biden said.

“Today, we lost a giant,” Obama said. “As tall as Bill Russell stood, his legacy rises far higher – both as a player and as a person. Perhaps more than anyone else, Bill knew what it took to win and what it took to lead.”

A Louisiana native, Russell also left a lasting mark as a Black athlete in a city – and country – where race is often a flash point. He was at the March on Washington in 1963, when King gave his “I Have a Dream” speech, and he backed Ali when the boxer was pilloried for refusing induction into the military draft.

“To be the greatest champion in your sport, to revolutionize the way the game is played, and to be a societal leader all at once seems unthinkable,” the Celtics said on Sunday. “But that is who Bill Russell was.”