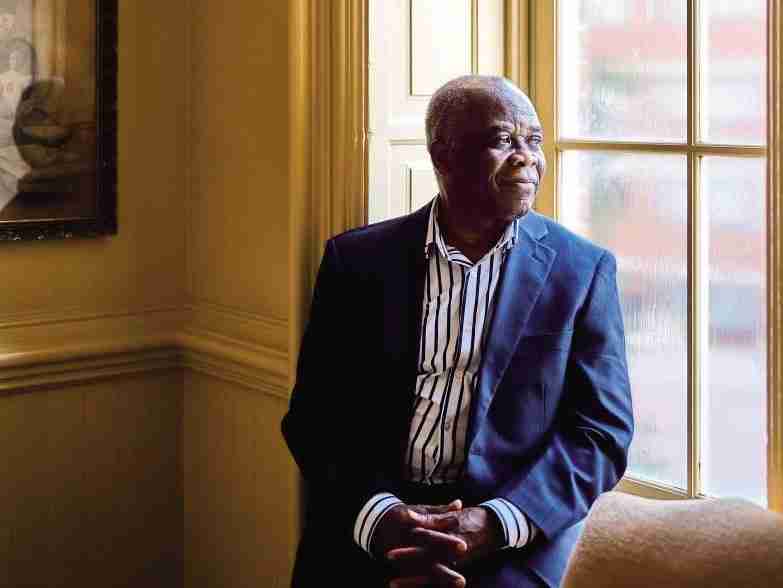 Nashville, Tenn. (AP) – Paul T. Kwami, who served as musical director of the Grammy-winning Fisk Jubilee Singers for nearly 30 years, has died, Fisk University said in a statement. He was 70.

During Kwami’s tenure from 1994 to 2022, the singing group based at the historically Black university in Nashville, TN, also received other accolades, including a Dove Award and a National Medal of the Arts in addition to being inducted into the Gospel Music Hall of Fame. They performed in venues including Carnegie Hall, Ryman Auditorium, Apollo Theater and the White House.

The a cappella ensemble performs Negro spirituals originally sung by slaves prior to the Civil War, the school says on its website.

The school announced Kwami’s death Saturday “with the heaviest of hearts and the deepest of sorrows” after an illness.

“His talent was unprecedented, his composure legendary, his insight immense, and his dedication unwavering. With one simple look, Dr. Kwami could change a tune, improve an arrangement, command focus, incite peace, and inspire a smile. His gentle voice and generous spirit made everyone better and strive to be better,” the statement said.

A native of Ghana, he sang with the Fisk Jubilee Singers before graduating from Fisk University in 1985.

His family said in a statement through the school that Kwami was a husband, father, brother, cousin, uncle and friend and was surrounded by loved ones when he died.

“To know him was to love, respect and cherish him. A natural born mentor, he gave of himself freely to those he cared for and invested in the lives of many with a joyful heart,” the statement said.