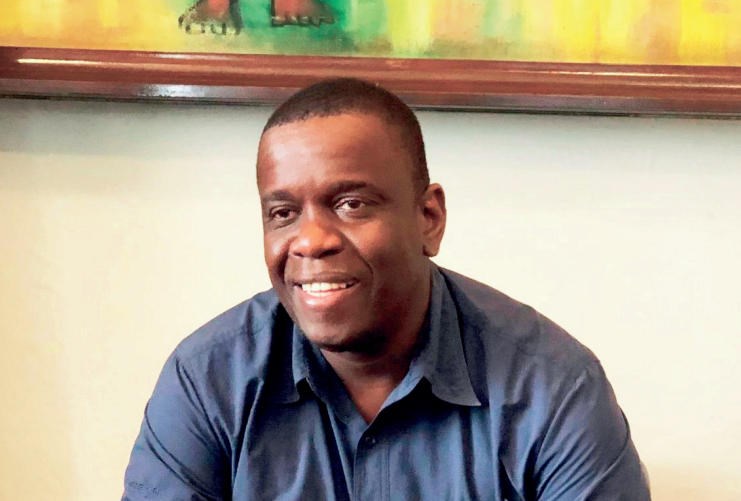 Johannesburg (AP) – Daviz Simango, the leader of Mozambique’s opposition MDM party and the mayor of the major port city of Beira, died Monday in a hospital in South Africa, according to local media.

Simango, 57, died of complications from COVID-19 and diabetes, according to the Zitamar news agency. He had been flown to Johannesburg when his condition worsened over the weekend.

Simango was elected mayor of Beira, widely considered Mozambique’s second city and a center of opposition support, in 2003 and remained its leader until his death.

He was popular and known for running an effective municipal government. Trained as an engineer, he supported building a system of flood channels to help the low-lying Indian Ocean port of 500,000 people cope with flooding from annual cyclones.

When Cyclone Idai devastated Beira in 2019, Simango was often out in the streets, helping to establish feeding centers and emergency health clinics. He was also an outspoken campaigner against global warming, which he blamed for the rising sea levels affecting Beira.

Simango was ﬁrst elected Beira’s mayor in an electoral coalition with Renamo, Mozambique’s main opposition party. Five years later, however, Renamo leader Afonso Dhlakama refused to let him run for re-election. So he ran and won as an independent, and then established the Mozambique Democratic Movement. His brother, Lutero Simango, is the party’s vice president and its leader in the national parliament.

Simango ran for president of Mozambique in 2009, 2014 and 2019, coming third each time after candidates from the ruling Frelimo party and Renamo.

His party, the MDM, at one point governed four cities – including the biggest city in the north of the country, Nampula, as well as Quelimane, the capital of Zambezia province, and the smaller city of Gurue. By the time of his death, however, Beira was the party’s only electoral possession.

Simango was born in what is now Tanzania, the son of Uria Simango, the exiled deputy head of the Front for the Liberation of Mozambique, known as Frelimo, the movement that fought against Portuguese colonial rule. However, his father eventually became estranged from the party.

Frelimo came to power when Mozambique won independence from Portugal in 1975 and Simango’s father was a critic of the ruling party.