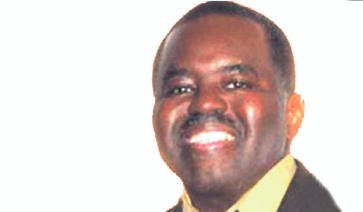 Gentriﬁcation is the hot buzz word that the billionaire developers use for urban renewal. Essentially, they come into old, dilapidated neighborhoods in the cities, and they level the communities to the ground, then they transfer them into a moderate technological showplace, with all the bells and whistles. Their projects are joint partnerships with federal, state, local, and large developers.

There are many advantages and disadvantages to gentriﬁcation, but many poor people will be displaced, and this is a reality of doing business now in America. This is taking place in all the major cities across the country, and the projects and partnerships will continue to grow and prosper. As more affluent people move back to the cities, property values increase, and occupancy rates increase.

Just recently, WFTV Channel 9 reporter Karen Parks exposed a story entitled, “Everything’s out of whack: Parramore Oaks residents raise concerns about community safety.” Many community leaders were upset with the reporting, but it needed to be exposed, because there was shooting in the park near the complex. This excellent reporting challenged everyone in the community to take some action.

The Parramore area has been a persistent problem with crime, drugs, homelessness, and prostitution. Back in 2007, Orlando Mayor Buddy Dyer pledged to revitalize the area, and get the drug thugs off the corners. This operation was called “Operation Delta,” and in 20 days the Orlando Police Department made 234 arrests, but the operation eventually did not stay in place.

There are other operations that were very successful with crime, and illegal drug sales, but it appears eventually the criminal’s win.

On October 29, 2019, Parramore Oaks Phase 1 was opened, with much fanfare, and 80% of the units affordable, and 20% market rate and subsidized. Invictus Development Corporation out of Tampa was chosen to build the development, and they have received the “golden brick award.” A portion of the units are designated for the homeless, and the President Paula Rhodes is a mission-based executive, with a corporation that focuses on lower-class communities.

The ﬁrst time you drive by the facility, it appears that you have left the community, and for a moment you are in a high-scale community. The complex is a project to be proud of, with quality, a mix of affordable housing, and can change the thinking in the community. Somewhere during the pandemic there was a shutdown, a lack of communication with the tenants, no resident council/organization, and the criminals again are winning. The gates are being vandalized, the alarm systems are consistently broken, elevators are being vandalized, and drugs are being sold out in the open.

The complex has been open less than two years and this is only the ﬁrst phase. For the crime, vandalisms to stop, there must be a collaborative effort of the tenants, Invictus Development, The Orlando Police Department, the City of Orlando, and community leaders working in concert, to make the complex safe and something everyone is proud of.

After the news story, everyone involved in this project has ideas about how to improve the conditions, but Paula Rhodes; President of Invictus Development shared with me some of her thoughts, frustrations, and some of her challenges to make the complex, safe and a beautiful place to live The ﬁrst thing President Rhodes told me she was open to meet and talk about concerns and prevention recommendations with the city, the police, community leaders, residents, and be transparent. Very few people have reached out to her, and her door was open to me. President Rhodes also talked about a Safety Taskforce recommendation, and she was wondering what happened to the community Resource police ofﬁcer, from the Orlando Police Department. She also talked about a resident council working with the complex management, pastors, and community leaders.

Gentriﬁcation does not have to displace the entire community, but dialogue and collaboration must be high on the list. A crime prevention operation needs to stay in place, to change the face of the community, and eliminate crime. The residents must care about the complex, stop vandalism, feel safe, and be proud of their new home, and beautiful property.

Previous post President Biden, you must do more to protect voting rights