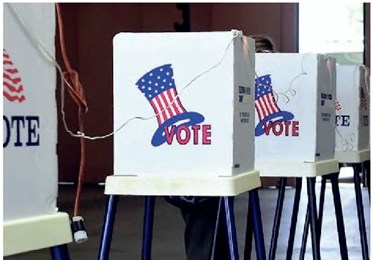 Washington, DC – Supported by the Priorities USA Foundation, a group of eight Florida young voters, the Florida League of Women Voters and the Andrew Goodman Foundation amended a lawsuit today challenging Florida’s early voting bill signed by Gov. Ron DeSantis in late June.
The bill was recently amended by the legislature to contain a parking requirement aimed at limiting the ability to use university and college campuses as early voting sites, effectively preventing young Floridians from exercising their right to vote.

In Florida early voting law, election officials can offer early voting at any location which has been approved for early voting – including civic centers, stadiums, and government-owned community centers. Previously, former Secretary of State Kenneth Detzner had interpreted this law to prohibit early voting on college or university campuses – therefore disenfranchising and burdening the right to vote for hundreds of thousands of eligible young Florida voters – particularly affecting college students.

The Priorities USA Foundation and its partners filed a suit challenging that interpretation in May 2018 and obtained a preliminary injunction in July 2018. In granting our motion, the court held that the State’s interpretation violated the Equal Protection Clause and the 26th Amendment, as it was intentionally discriminatory toward young peoples’ ability to vote.

The court’s decision represents one of the few cases in which a court has articulated the standard for a claim under this Amendment. As a result of our 2018 court victory, early voting was permitted on Florida’s college and university campuses. Local elections officials worked quickly to open 11 brand new voting sites, where almost 60,000 voters cast ballots in the November 2018 election.

Now, however, the legislature’s newest amendment to the early vote statute will require early voting centers to provide “sufficient non-permitted parking to accommodate the anticipated amount of voters,” which will effectively make oncampus locations on colleges and universities unsuitable for early voting – once again preventing young voters from exercising their right to vote, and thus violating the 26th Amendment to the United States Constitution.

The plaintiffs in the amended lawsuit are the Florida League of Women Voters, the Andrew Goodman Foundation, and a group of eight young Floridians whose ability to cast a ballot will be hindered by this amendment.

“Once again, we stand ready to protect the civil right and duty of young Floridians to have an equal voice in every election,” said Guy Cecil, Chairman of the Priorities USA Foundation. “We believe that every American citizen should be able to cast a ballot without unnecessary and discriminatory burdens, and we are ready to fight to defend that right. Young Florida voters who are being kept away from the polls by this unconstitutional law deserve a fair opportunity to participate in our democratic process, and the Priorities USA Foundation is committed to helping them obtain it.”