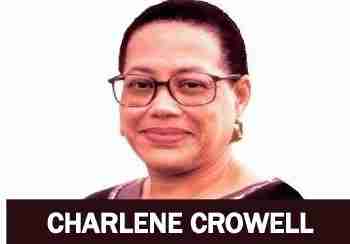 If you are one of the 77 million Americans who are hounded each year by debt collectors, the Consumer Financial Protection Bureau (CFPB) is taking on this $13 billion industry. At a July 28 field hearing in Sacramento, Richard Cordray, CFPB Director, announced the Bureau’s intent to rein in illegal practices that harass and rob consumers.

“Today we are considering proposals that would drastically overhaul the debt collection market. Our rules would apply to third-party debt collectors and to others covered by the Fair Debt Collection Practices Act, including many debt buyers. The basic principles of the proposals we are considering are grounded in common sense. Companies should not collect debt that is not owed. They should have more reliable information about the debt before they try to collect,” said Director Cordray. “In the debt collection market, notably,” he continued, “consumers do not have the crucial power of choice over those who do business with them when creditors turn their debts over to third-party collectors. They cannot vote with their feet. They have no say over who collects their debts, and they likely know next to nothing about the collector until they receive a call or a letter. This can quickly lead to a barrage of communications, which in some cases are designed to be harassing or intimidating.”

Reactions to CFPB’s proposals were as swift as they were direct. Consumer advocates, like People’s Action Institute, a national organization working in 30 states for economic, environmental, racial and gender justice weighed in. “We’re encouraged to see the CFPB take steps to end aggressive and abusive debt collection practices and protect consumers from the often illegal activities of debt collectors,” said LeeAnn Hall, CoExecutive Director of People’s Action Institute.

Similarly, Graciela Aponte-Diaz, the Center for Responsible Lending’s California Policy Director, who testified at the hearing and was even more direct.

“We know from research and enforcement actions in the states that over the past decade that debt buyers and other debt collectors have extracted millions of dollars in payments and court judgments from U.S. households for debts that are too old to be sued on, can’t be back up with basic documentation like a contract or other proof the consumer actually owes a debt, or where the debt buyers or their attorneys filed false documents in court,” noted Aponte-Diaz, “Reports have shown that these debt collection activities have a disproportionate impact on communities of color,” Aponte-Diaz continued, “majority black neighborhoods are hit twice as hard by debt collection court judgments as majority white neighborhoods, even adjusting for differences in income.”

A recent national consumer poll that was jointly commissioned by CRL and Americans for Financial Reform found broad and bipartisan concerns regarding debt collectors that sue without evidence. Overall 84 percent of respondents expressed concerns about a million consumers being sued each year without evidence to prove their cases in court. When partisan preferences were factored into responses, nine out of ten Independents and Democrats were concerned, as were 78 percent of Republicans.

In recent years, several states — including California, Maryland, New York and North Carolina –have cracked down on enforcement actions that required among other things that debt collectors use full and accurate information and documentation when collecting debts.

“Consumers deserve to be treated with dignity and respect, and businesses should be able to operate fairly and reasonably to collect the debts they are legitimately owed,” said Director Cordray.

Charlene Crowell is the Deputy Communications Director for the Center for Responsible Lending. She can be reached at Charlene.crowell@responsiblelending.org.