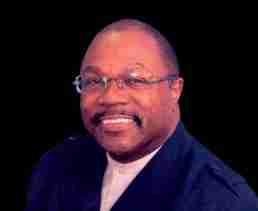 DETROIT – “Posterity! You will never know how much it costs the present generation to preserve your freedom! I hope you will make a good use of it.” These are the words of President John Quincy Adams. Today, the freedom of the people in the state of Michigan has been preserved. Let the votes count and certify every vote! The attempt of President Donald Trump and his cohorts to overturn the election of 2020 was brought to a halt in the state of Michigan. After failure in the courts, elimination of postal services, unfounded and embarrassing conspiracy theories, and the attempted assassination of certiﬁcation, it was brought to a halt in the state of Michigan. Let this be very clear to every citizen in these United States. The only security we have to preserve and protect our freedom, and to continue our democracy is our vote and the unrelenting determined voices of the people to defend it.

The Republican enablers of Donald Trump should be ashamed of themselves. They stand in the doorway of progress like George Wallace stood in the doorway of the University of Alabama in 1963. Wallace attempted to block the admittance of Black students at that university. He declared “segregation now, segregation tomorrow, segregation forever.” Wallace attempted to block the admission of Black students Vivian Malone and James Hood. President John F. Kennedy, along with civil rights leaders, moved him out of the way. 30 years later, Wallace apologized for his behavior and his racist conduct. He said, “much has transpired since those days. A great deal has been lost and a great deal has been gained, and here we are. My message to you today is welcome to Montgomery. May your message be heard. May your lessons never be forgotten. May our history be always remembered.” It is important for those who stand in the doorway to block the African American vote in the election of a new president move out of the way. Mitch McConnell, Lindsey Graham, Rudy Giuliani, and members of Republican legislative bodies across the nation must remember the lessons of history. Stop being the mean-spirited enablers of a lame duck president. Cease and desist in the concerted effort to block the entrance of a new era and a new political demographic. It is an era of diversity, one of positive and productive opportunity for all people. It is a sharing of the power with more than just a very few people. The people who stood in long lines, cast their ballots early, voted at the polls in the midst of a pandemic are Americans to be recognized. The persons who volunteered and worked to tabulate the ballots in the midst of harassment and intimidation are to be commended for their commitment. This victory is yours. This lesson should be learned by all of us. The effort to stall and postpone certiﬁcation was simply a solution in search of a problem. There never really was a problem. In the words of Judge Matthew Brann of Pennsylvania, this claim of voter fraud or irregularities is simply “like Frankenstein’s Monster. It has been haphazardly stitched together from two distinct theories in an attempt to avoid controlling precedent.” Try as he might, Donald Trump’s monster of decertiﬁcation, voter fraud, and a rigged election was simply not stitched together. The monster has now been caged. Let us make good use of the freedom we have won once again.