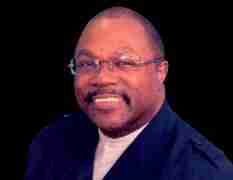 DETROIT – Aug. 2, 2020 marked 230 years since the ﬁrst census was taken under the direction of Secretary of State Thomas Jefferson. It has come a long way since 13 states were counting free white males, free white females, all other free persons, and slaves were counted as only 3/5 of a person. Native Americans were not counted until 1870. The ﬁrst census just asked six questions. Today we ask a mere nine. The results back then were used to allocate congressional seats, electoral votes, and funding for government programs. In 2020, as a result of the census and surveys over $675 billion in federal funds are provided each year. States are able to receive funding for infrastructure, schools, hospitals, police and ﬁre departments, and of course congressional representation. The ﬁrst census was not conducted during a pandemic nor with a population of over 330 million persons. The total number counted was almost 3.9 million.

The Trump administration is seeking to suppress and diminish the ability of the Census Bureau to complete its job. It is attempting to rush the census operation before millions of Americans are counted. There is a two-step process to achieve this most critical information. The ﬁrst step is to ask people to respond to a census questionnaire. The second step is to go door-to-door to households that have not yet been counted. Many of these households are the most neglected part of our citizenry. They include people of color, immigrants, and persons with low income. These are the very people who need the full beneﬁts of an accurate census. The Trump administration wants to dump the census by September 30. Yet back in April, Secretary of Commerce Wilbur Ross asked Congress for extra time to apportion congressional districts extending the deadline back from Dec. 31 to April 2021. At the time the administration agreed. Today, the administration has caught the disease of political amnesia.

It is important that we are able to knock on doors amidst this pandemic to receive an accurate count. These actions threaten the integrity and mitigate the ability for the economic, social, and political impact of the 2020 Census. The Associate Director of the Census Bureau Albert E. Fontenot, Jr. stated recently that due to COVID-19 it is too late to ﬁnish the census properly and report results by the December deadline. President Trump by executive order indicated his intention to exclude undocumented immigrants from the apportioning head count for congressional districts. The Director of the Census Bureau Steven Dillingham indicated by testimony to the U.S. Congress that he wasn’t informed of the president’s order to exclude them from apportionment until he read about it in the press. This is a slick move on behalf of the Trump administration. It is designed to suppress the count, eliminate district and congressional representation, and intimidate persons of color and immigrants from standing up to be counted. President Trump must not be allowed to determine who is and who is not a U.S. citizen. The administration already tried a citizenship question to determine eligibility for the census. The U. S. Supreme Court rejected this tactic. Justice Elena Kagen said in this decision “you can’t read this record without sensing that this need is a contrived one.” Chief Justice John G. Roberts, Jr., said in response to Secretary of Commerce Wilbur Ross, “there was a signiﬁcant mismatch between the decision the secretary made and the rationale he provided.” There is still today a signiﬁcant mismatch between the need to cut off the census before it is complete and the rationale the Trump administration is providing.

This latest tactic is added on top of his bogus and rejected question, false accusations of mail-in or absentee ballot voter fraud, failure to fund the U.S. Postal Service, and a threat to postpone the national elections. These nondemocratic and treacherous actions do not make our nation greater. They really make our nation smaller. We look like a people who do not respect the rights and true value of all its citizens. This is not what the framers of the constitution had in mind. Congress must reject this partisan plan to keep America from knowing its true self. We must speak up and call this out for what it is. It is another dangerous move on the part of this president to thwart our democracy, eliminate full citizenship of all Americans and to hurt the most vulnerable populations. It is clear that we really are in a battle for the soul of our nation.

Next post Guyana finally ended electoral gridlock that holds lessons for the U.S.