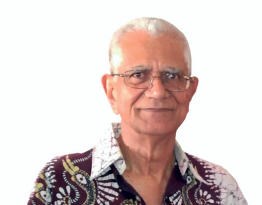 At a time when much of the nation was agonizing over an attempt instigated by the president of the United States to overthrow the government, when even the National Football League was preparing for its biggest salute yet to the struggle for racial justice – albeit without mentioning Colin Kaepernick, who launched the movement – Florida’s Gov. Ron DeSantis, Senate President Wilton Simpson and House Speaker Chris Sprowls used the occasion to try to further entrench European American power.

Within hours of the Jan. 6 assault on the Capitol, the state’s three top Republican leaders were proposing laws to further crack down on protests, which observers say will affect the campaign for racial equality.

A draconian bill which DeSantis introduced on Sept. 21 during demonstrations nationwide against police killings stayed under wraps until the Capitol riot, when Simpson and Sprowls produced a slightly different version which the governor has fast-tracked for the legislative session starting on March 2.

The proposals include a “crack down on the ‘defund the police’ movement that aims to redirect police funding to social services,” Politico reported, adding, “The bills would also boost penalties for already illegal actions during what the bills term ‘riots’ and make it a felony to pull down ‘any memorial,’ a nod to the heated ﬁghts in Florida and elsewhere over whether to remove Confederate monuments.”

The legislative leaders would also “make it easier to sue government bodies, which generally share wide-ranging lawsuit protections known as sovereign immunity,” for “damages caused during a riot” or if a government is found to interfere with “reasonable law enforcement action” during a riot. “Mob intimidation” is among the provisions which would making it “illegal for three or more people to gather in an attempt to ‘induce another person by force, or threat of force, to do any act or to assume or abandon a particular viewpoint.’”

Politico predicted that Democratic state lawmakers are certain to oppose the bills, seeing them as being “rooted in Republican’s desire to crack down on things like the [George] Floydprompted summer protests and the Black Lives Matter movement, even as they view Republicans taking a softer approach toward violent protests spurred by those perceived as conservatives or Trump supporters.”

Sen. Perry Thurston, D-Fort Lauderdale, said the result would be “selective enforcement against people of color.” House Minority co-leader Bobby DuBose, also a Fort Lauderdale Democrat, declared, “As a father trying to raise four young Black men and boys in this state, this terriﬁes me.”

Harsh as the bills are, DeSantis’ original “Combatting Violence, Disorder and Looting and Law Enforcement Protection Act” had also sought to expand the “stand your ground” law and also apply the Racketeer Influenced and Corrupt Organization (RICO) Act, which Congress passed on Oct. 15, 1970, to crack down on organized crime, to “anyone who organizes or funds a violent or disorderly assembly.”

DeSantis cited the Capitol attack as reason why “we have no time to waste to uphold public safety.” But The Orlando Sentinel noted that the governor did not blame then President Donald Trump “for inciting the unruly mob,” had helped promote the lie that the expresident won the election and had urged him not to concede and had called on “state legislatures in swing states to overturn their Electoral College votes in Trump’s favor.”

Micah Kubic, executive director of the ACLU of Florida, described the governor’s original bill as "undemocratic” and intended to “penalize Floridians who want to see justice for Black lives lost to racialized violence and brutality at the hands of law enforcement."

On the proposed crackdown on removing Confederate monuments, now widely seen as symbols of the racist past, The Palm Beach Post, quoting an analysis by the BeenVeriﬁed data analysis company, reported that Florida has the third fastest rate for removing such monuments but still has 62 of them, making it the state with the 10th highest number.

It is that mindset which led to the legislative machinations that blocked restoration of voting rights for around 500,000 ex-felons, a majority of them African Americans, as required by a referendum which nearly two-thirds of Floridians approved.

African Americans are also disproportionately harmed by DeSantis’ refusal to order a mask-wearing mandate and prohibit local governments from doing so, making Florida one of only 13 states without such a mandate, all of them led by Republican governors.

From the start, African Americans have been hit hardest by the coronavirus and its COVID-19 disease. As early as April, The Orlando Sentinel reported that they comprise “nearly one-fourth to one-half of Floridians dying in many major metropolitan areas – including Orlando, Fort Lauderdale and Miami.” MiamiDade County alone accounted for 27 percent of fatalities and 23 percent of infections in the state. Broward County’s population is 30 percent African American but they are 35 percent of the fatalities.

On Monday, The Miami Herald reported that the statewide fatalities totaled 27,816, with 1,783,720 infections.

DeSantis should have joined political leaders nationwide who are using this period of reckoning with the past to chart a different course for their states. Instead, he and his colleagues persist in following the course set by the twiceimpeached ex-president whose support made him governor and who is seeking to make Florida his home and no doubt the epicenter of his Make America Great Again alternative universe.

DeSantis is obviously calculating that the one-third of Florida’s voters who are registered Independents will support the anti-protest measures by scaring them, as Trump did nationally, into believing that law and order is at stake, not racial justice. ###

Previous post Churches offer vaccines to the most vulnerable