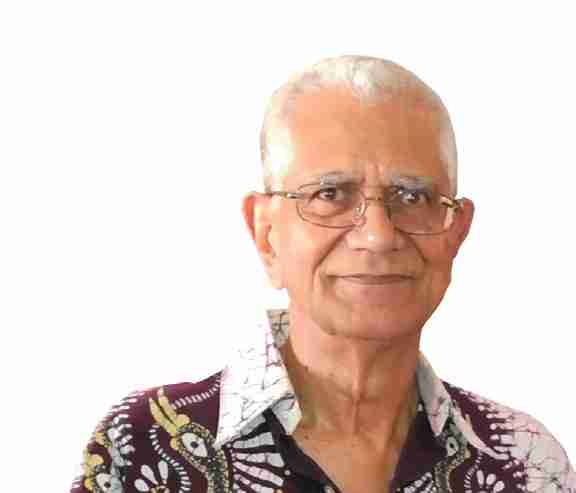 Prior to 2000, most of the killers were men in their mid-20s, 30s and 40s but since then they have been between 15 and 25. And the nine deadliest mass shootings since 2018 were committed by mass killers 21 years old or younger, including an 18-year-old who killed 10 African Americans and wounded three other people at the Tops Friendly Markets store in Buffalo, N.Y. on May 14.

They are in the age range which “law enforcement ofﬁcials, researchers and policy experts consider a hazardous crossroads for young men, a period when they are in the throes of developmental changes and societal pressures that can turn them toward violence in general, and, in the rarest cases, mass shootings,” The New York Times reported.

This suggestion that mental health and teen angst motivate young men to become mass killers is eagerly embraced by some politicians, especially those beholden to the gun lobby. Absent from the debate almost entirely are the ﬁrearms industry’s cynical marketing tactics.

The Rolling Stone’s Tom Dickson warned in in 2013 that, as part of their sales pitch, assault weapons makers were “seeking to put these deadly weapons in the hands of kids, women of all ages, and a generation of young men raised on the virtual ﬁrepower of video games like ‘Call of Duty.’” Major gun makers supported a magazine called Junior Shooters “which sells children as young as 8 on the joys of assault weaponry. … Little girls as young as 6 are also in gunmakers’ sights. The industry has even dreamed up ‘National Take Your Daughter to the Range Day,’ where little ones can learn to shoot AR15s ‘like a girl.’”

Nearly 10 years later, Rachael Kay Albers, writing this month in Newsweek, called attention to “kidfluencers” – children who are encouraged to push the gun message to their peers: “When children identify with an influencer who looks and sounds like them, they pay closer attention to sponsored content, which doesn’t feel like advertising.” In fact, Albers said, “The Guardian Youth Shooter Program published a video seeking applications for sponsored youth shooters on May 24” — the day an 18-year-old killed 19 pre-teenage students and two teachers and wounded 17 others at Robb Elementary School in Uvalde, Texas.

Firearms manufacturers have been making sales pitches to children since at least 1917, when the Winchester Repeating Arms Company developed a "boy plan" to reach one million boys with the slogan, "Every real boy wants a Winchester," Albers said. “Later campaigns told boys a rifle would give [them] ‘the proper start’ in life. Ads linked guns and father-son bonds, with smiling photos of dads and lads making memories, rifles in hand.” That message now includes mothers and daughters. On Mother’s Day 2021, the National Rifle Association posted a photo of a girl and her mom with the caption "Mama didn’t a raise a victim." Vortex Optics posted a mother-daughter photo with a rifle and the message, "To all the moms beside us in every adventure, Happy Mother’s Day."

Gun makers have also been using social media to appeal to young boys and men, Salon’s Jon Skolnik reported last September. He cited Kris Brown, president of the Brady gun control group, as saying, "They’re trying to market the gun as a totem – a substitute for masculinity to teenagers." Smith & Wesson, for example, appeals to “machismo” by suggesting its weapons “are in some way afﬁliated with the U.S. military and law enforcement,” Brown told Skolnik.

Gun makers have also been “staggeringly candid about their bid to appeal to younger consumers,” Skolnik reported. He called attention to Thompson/Center’s child-friendly gun "Hotshot," citing the marketing director as saying, in 2014, "We’re targeting the 6- to 12-yearold range and feel that with the inclusion of the one-inch spacer in the box, there will be a longer period that the child can use the rifle, potentially out to 15 years old."

These children “may not be old enough to vote now but they will be in the future. And think about how many lives they will come in contact with that they can impact! Each of us affects others, and it is up to us how we make an impact on the future," Skolnik quoted Andry Frink, editor of Junior Shooters, as saying in a 2012 editorial.”

The Times reported that, after a jury acquitted a 17-year-old on charges of killing two people during anti-racism protests in 2020, a Florida gun dealer created an image of him brandishing an assault rifle, with the slogan: “BE A MAN AMONG MEN.”

This is all part of gun makers’ efforts over the past two decades to shift their marketing away from hunting to personal safety, self-defense, machismo and “an overarching sense of fear,” with great success, The Times reported. The number of background checks for would-be purchasers rose from 8.5 million in 2000 to 38.9 million last year. “Women, spurred by appeals that play on fears of crime and being caught unprepared, are the fastest-growing segment of buyers,” The Times reported.

The marketing shift now targets two new categories of gun buyers. “The Prepared for the Worst” category includes those with lowest incomes, least likely to have a full-time job and regard owning a gun as a means for “building conﬁdence” and “empowering themselves.” The “Urban Defender” category worry about crime, are distrustful of others and “are most susceptible to the argument that tighter laws could threaten their ability to purchase a gun.”

These business models ignore the fact that, for example, assault weapons were never meant for civilians and the massacre of the children of Uvalde and Sandy Hook Elementary School in Newport, Connecticut, in which a 20-yearold killed 20 students, aged 6 and 7, along with six staff members, showed the utter devastation which they can wreak. Pediatrician Roy Guerrero, who saw the bodies of the Uvalde students, told a congressional hearing that they included “two children whose bodies had been pulverized by bullets ﬁred at them, decapitated, whose flesh had been [so] ripped apart, that the only clue as to their identities was the blood-spattered cartoon clothes still clinging to them.”

Still, a current congressional push for gun control ignores calls to reinstate the 10-year ban on assault weapons which expired in 2004. Following the Uvalde massacre, the Democratic-controlled House of Representatives approved a package of ridiculously modest reforms on June 8, the “Protecting Our Kids Act.” However, the evenly split Senate chose, instead, to create a bipartisan group of “negotiators” to come up with even less meaningful proposals. The negotiations stalled, apparently over — of all things — the deﬁnition of “boyfriend.” It is all just another ploy by lawmakers to take the heat off themselves, the gun makers and their lobby while the slaughter continues.

Previous post The plan for transforming public safety and policing in the U.S.