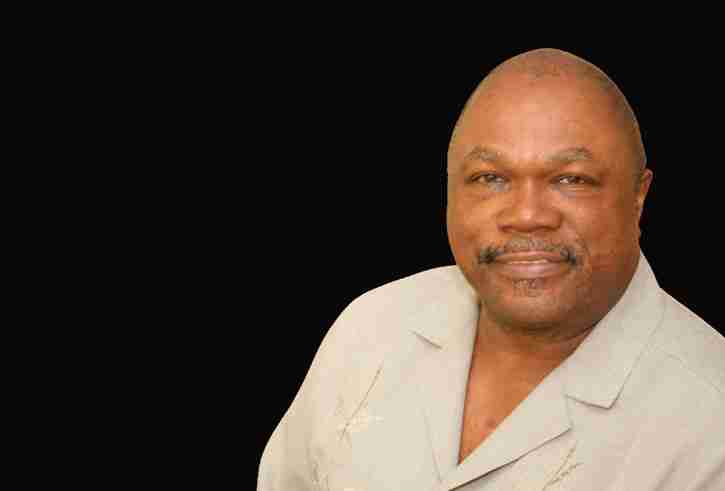 The latest antics of the Republican candidate for Secretary of State Kristina Karamo is another indication of the treachery, deceit, and the very toxic poison that has infected the basic right to vote of every American.

The so-called lawsuit in which Karamo wants to sue the City of Detroit Clerk Janice Winfrey and the Detroit Board of Elections Inspectors is another example of a desperate individual and a desperate party. It is a desperate move to create political desperation within our community. Ms. Karamo, a conspiracy theorist in league with the twice impeached exPresident Donald Trump, also participated in efforts to challenge the Detroit results from the 2020 election. She is still up to her dirty tricks. This lawsuit is geared only towards the city of Detroit, a majority African American city. It is designed to stop the effort to mobilize and drive voter participation.

It is targeted in its content and racist by its intent. It is intended to disenfranchise Black people. There is no evidence of voter fraud. There is no pattern or practice of mail-in ballot abuse. It is simply a lawsuit in search of a violation. It is put up and propped up by fraud. It signals the need to gain publicity, and the intentionality of intimidating and suppressing Detroit voters who are likely to use a legal process to exercise their constitutional rights. This is a part of a national strategy of intimidation. In Arizona we see armed vigilantes wearing fatigues and masks, supposedly patrolling drop boxes to prevent voter fraud. They are simply trying to intimidate and suppress voters from exercising their right.

In Florida, it is the so-called election protection police. They are arresting minority voters who have been given the right to vote as Florida passed the law granting ex-offenders this constitutional franchise. It’s not voter protection. It’s really voter suppression. Ms. Karamo has recently withdrawn a motion to disqualify 58 Wayne County circuit judges from overseeing this matter if brought before them. It is another indication of a frivolous and dangerous waste of time in a matter that has not shown any evidence of an issue here in the city of Detroit.

This is a setup to discredit an election before it is even held. We in the NAACP will not go for the okie doke, the BS, the “bad stuff.” As opposed to shutting down and eliminating absentee ballots, Ms. Karamo, as a candidate for Secretary of State, ought to be advocating ways in which she can increase and advance the voting turnout here in the city of Detroit and throughout the state of Michigan.

Her lawsuit which references “2,000 Mules,” a debunked conspiracy theory emanates from the extreme rightwing political commentator Dinesh D’Souza. It amplifies the lie claiming unnamed non-profit organizations paid “Mules” connected with the Democratic party to legally collect and deposit ballots into drop boxes. These drop boxes are in the swing states of Arizona, Georgia, Michigan, Pennsylvania, and Wisconsin, particularly highlighted during the 2020 Presidential election. There is no evidence, nowhere, by nobody that this has been the case. We reject this lawsuit. We pray that the Detroit City Clerk Janice Winfrey and her team will stand up along with the citizens of Detroit to beat back this conspiracy to keep Detroiters from exercising their constitutional right. In case Ms. Karamo and her cohorts are not aware, there is a law in Michigan voted successfully in 2018 by Michiganders called No Reason Absentee Voting. It provides all voters, including those in Detroit, with the right to absentee voting regardless of reason, in person or by mail. If this is the kind of non-sensical ploy that Ms. Karamo will engage in before winning an elective office, one can only wonder about any further drama, delusion, and nightmares she will create. This is obviously a clear indication of what Michigan can look forward to if for some un-Godly reason, she manages to scare her way into elective office. Rev. Dr. Martin Luther King, Jr., warned us, “Every minority and every people has its share of opportunists, profiteers, freeloaders, and escapist. The hammer blows of discrimination, poverty, and segregation must warp and corrupt some. No one can pretend that because a people may be oppressed, every individual member is virtuous and worthy.”

Yesterday was Halloween. The only thing missing in this politics of horror is a costume reflective of this haunting episode. Well, all the tricks are over now. Detroiters, it is now time for the treats. Take Your Soles To The Polls and treat yourself to representatives who will tell the truth, stand up for the rights of all Michiganders, and guarantee your access to the voting booth.

Previous post It’s November! Midterm elections are here! Get out and vote!