I yearn for the future 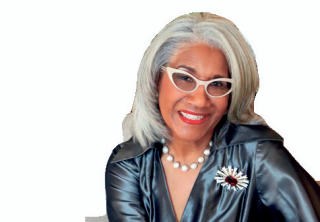 I have been out of sorts about world events (the Taliban is killing people for playing music), national politics (Biden, who?), race relations (more “old” videos of police killing Black men are surfacing), the status of a woman’s uterus and its contents (the Texas anti-abortion law is moving forward and getting closer to a hearing by the Supreme Court, to mention a few.

The litany of recurring and ongoing evil and threatening rollbacks keeps growing. But, rather than lament and beat my breast, I am shifting my perspective.

One of the driving forces behind my shift is adjusting to the looming darkness of another Trump-led set of officials who might be elected during the midterm elections – not to mention contemplating another Trump presidency in 2024.

I’ve donned a clearer set of independent lenses, and I have considered what I fear the most: it’s not any one, two or handful of individuals, but the masses of folk who are simply not exercising independence of thought.

It gives me long pause to realize that the “majority’ has never been composed of independent thinkersand therein lies the problem.

We are clearly more divided into extreme and polarizing camps: “for” or “against”; Black versus white; liberal or conservative (the middle don’t really matter anymore); being a strict voting member of either the Republican Party or the Democrat Party.

In other words, we are suffering from identity politics at its worst.

But has our political identity always been so volatile and hostile?

I was amused the other day when I heard some people distinguish themselves as being “Rockefeller” Republicans, and after some research, I was reminded how progressive his policies were –considered moderate to liberal from the 1930s-1970s.

Then I recalled that not so long ago, a majority of Black folk were “Lincoln Republicans” – for generations – and that helped me understand why we find so many Black folk who voted for Trump. At least, I think that’s why.

Putting that history of party loyalty aside, I am flummoxed by how anyone in this century of information overload, and living in our multiple choice society (McDonalds v Burger King, Shell Oil v Mobile, iPhone v android, etc.) can remain so attached to any one camp of thought; not practice independent analysis and reasoning. I remember a slogan from yesteryear: “My country, right or wrong.” But we have moved passed that kind of trench thinking, haven’t we?

Yet, too many folk behave like lemmings: blindly following wherever the pack ‘leader’ goes, even over cliffs.

For instance, I think we can all agree that the nation’s infrastructure is essential. We need road, bridges, et al.

“Tax the rich” has become a war cry, but does anyone have a clue about how to do that – equitably? What is equitable anyway?

Or take the matter of the public’s health and welfare. I think everyone would vote for having red lights and stop signs at major intersections. They minimize traffic hazards and we all benefit – Black lives, all lives, equally. Except when the safety measures are not installed in all neighborhoods.

But to refuse a vaccine that maywith tested, proven efficacy- prevent catastrophic illnesses or prevent a premature death? I don’t understand the logic to act against self-interest. I think it must be some form of insanity!

Yes, there is a shift in human behavior, driven by geo-political conditions: unstable countries, poverty, genocides, and ethnic cleansing campaigns. The globe is experiencing waves of migrants. Folk are also migrating across the African continent for improved conditions. People are moving to areas that are richer, have better human rights policies, and are not a war with their own citizens.

It’s a worldwide phenomenon – a natural recurrence across time.

The result? A major shift.

We will never “go back”, again, and I welcome the current shifts.

Besides, we have begun to usher in a period when artificial intelligence will replace us; make fast decisions with algorithms to solve crises –from local school board decisions about which books to teach from-to global climate and security matters.

Where does that leave human beings – the frail ones who are prone to violent outbursts; the ones who choose war against anyone not in their ‘camp’?

I yearn for the future. My shift is underway. Toniwg1@gmail.com