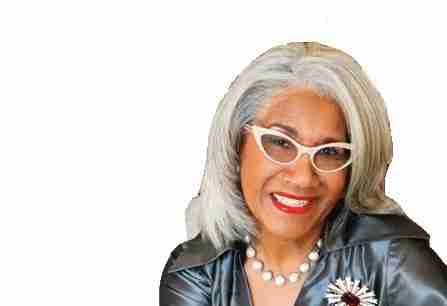 We need to talk about……

I watched the four-part documentary about Bill Cosby with my sons. We cringed, laughed out loud, pounded the table in anger, sucked our teeth in disgust, and traveled down memory lanes. It was sad to watch Cosby’s tragic fall from being America’s dad to cad.

I use to depend on Cosby’s routines to calm me while driving my young kids. We howled – in recognition – at the shenanigans described in the Cosby household. The “Chocolate cake” is etched forever in our brains. Fat Albert and the gang visited us on Saturday mornings, and we shared experiences with the Huxtables.

It was wonderful. Then it was not.

Cosby, long a hero, is forever tainted from his conviction (overturned) for sexual assault.

More than 60 women, nearly one third are women of color, described how Bill Cosby rendered them unconscious with drugs, then performed non-consensual sexual acts upon them.

The ﬁlm, produced by W. Kamau Bell, was laced with references to sexual violations of women, from slight insults to clear criminal conduct.

After watching the documentary, I realize that we have a problem using precise language to describe sexual horrors.

One of my sons commented, “Forget about saying sexual assault or anything else you might call it. I like to use that four-letter word with the long vowel: RAPE.”

How do we develop more precise language to deﬁne and help deter sexual criminal behavior?

For instance, the age of consent differs state to state, and marrying child brides, as young as nine, is still not forbidden in some countries. So, when is it rape?

There is also an ongoing debate about if a married woman can be “legally” assaulted by her husband.

Except, in every language, “no” means “NO.” Yet we continue to torture ourselves to describe criminal sexual behavior, creating a sliding scale of what “no’ really means.

The pied piper, R. Kelly, now defrocked, has told us, “There’s nothing wrong, with a little bump and grind” (age limits or receiving consent need apply); normalizing and romanticizing potential abuse to a real smooth sound.

Former US President Bill Clinton infamously said, out loud, directly facing cameras, “I did not have sexual relations with that woman,” putting aside any other acts performed, or objects used, because his penis did not penetrate Monica Lewinsky.

Harvey Weinstein, Hollywood megaproducer was convicted as a “sex offender,” aka rapist.

Donald J. Trump has been accused of sexual assault by more than 20 women, but he insists that every sexual conquest of his has been “consensual” and only with beautiful women.

Jeffrey Epstein plead guilty to procuring a child for prostitution, aka rape, and his accomplice, Ghislaine Maxwell, convicted of child sex trafﬁcking, aka rape by proxy.

The “boys will be boys” veil has been pulled back to reveal how these rapists are nothing more than super predators who hid behind legal gymnastics, smoke, mirrors and the obfuscations of deniers, joining a big club.

You know, Cosby really did not believe he was guilty of anything illegal; he muted his victims with drugs so they could not say “no.”

Much of a woman’s power has been in her ability to give permission to engage in sexual relationships with her, and her choice to live with consequences, intended or not. In most areas of the world, that is her only bargaining chip.

Disregard and diminishment are the worldwide bane of women. And when that bargaining chip is forcefully taken through rape, half of society is relegated to a lesser – than status.

Many sectors of society are complicit in maintaining this pervasive rape culture – to regulate, legislate, enforce, reward and/or punish sexual behavior – and its outcomes – including churches’ use of selective scripture. Look at how the courts continue to regulate a woman’s rights to, or denial of, ending an unwanted pregnancy (oftentimes the result of rape).

Black people know the results of being put down, held back, suffering the daily assaults (microaggressions), etc. Yet, too often, we have adopted the major culture’s misogynistic attitude. We perpetuate the gender divide, keeping us from becoming a greater part of American society.

Black women are an equal part of society. That is proven daily: demonstrated excellence on the athletic playing ﬁelds, in the sciences, in the professions, and now once again, with the nomination of Katanji Brown-Jackson to the Supreme Court!

During this Women’s History Month, I celebrate the triumphs of women, Black women who continue to defy and defend against and the likes of R. Kelly, Cosby, Weinstein, Epstein, and Trump. Thank you, Simone Biles for taking down Dr. Larry Nasser.

We need to sharpen our focus on protecting our inalienable rights to choose agency over our bodies; to remain unmolested by religious, cultural, or political systems, and to no longer have our bodies, and our minds, raped.

Next post Russian President Putin is a catastrophe and global disaster