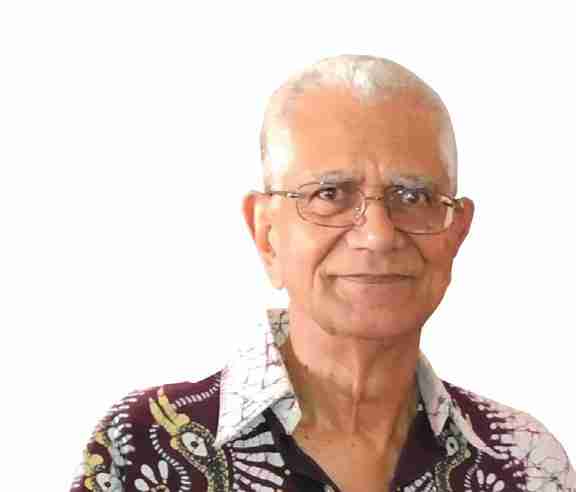 Trinidad and Tobago-born Sparkle Sooknanan, who immigrated to the U.S. at age 16, became a high-powered attorney, clerking for Supreme Court Justice Sonia Sotomayor, working in the Department of Justice and becoming, at age 35, a partner with Jones Day, the 129-year-old law ﬁrm with 40 ofﬁces worldwide and 2,500 attorneys. Then she quit.

Her reason? Jones Day was fully committed to Donald Trump’s candidacy, his administration and then his legal efforts to prove that voter fraud prevented his re-election. But it was when Jones Day joined an effort to overturn the results in Pennsylvania that Sooknanan declared the ﬁrm was in it “for no other reason than to deprive poor people of the right to vote.” Her comment is reported in an excerpt from the upcoming book, “Servants of the Damned: Giant Law Firms, Donald Trump and the Corruption of Justice,” written by New York Times business investigations editor David Enrich and excerpted in The New York Times Magazine.

Enrich lifts the veil on Jones Day’s involvement, along with the Federalist Society, in making Trump president and then stacking the U.S. Supreme Court and the federal judiciary with rightwing ideologues considered dependable in a decades-old push to wreck the “administrative state.” Top billing is given to Jones Day star Don McGahn, who worked on Trump’s 2016 campaign, became White House counsel and used that powerful ofﬁce to pack the judiciary with like-minded lawyers. He had support from then Senate Majority Leader Mitch McConnell, R-Kentucky, who refused to hold hearings for President Barack Obama’s nominees.

“With McGahn in charge of selecting judicial nominees, the White House had nominated more than 130 judges to the federal courts in a span of 21 months,” Enrich writes. “By the time they were conﬁrmed, fully one-quarter of the appellate bench had turned over.” That, he says, was “a testament to McGahn’s devotion to the cause of reconstituting the federal judiciary. … It soon became hard to distinguish where Jones Day’s interests ended and the Trump administration’s began.”

Jones Day lawyers went back to the mother ship or elsewhere after Biden’s election. One of them, James Uthmeier, became Ron DeSantis’ chief of staff, leaving observers to wonder what role he has been playing in the Florida governor’s stirring up grievances real and fabricated.

The Jones Day imprimatur was one of two coveted endorsements Trump received for 2016, the other coming from the Council for National Policy, whose support, Columbia University professor Anne Nelson writes in her book “Shadow Network,” was considerably augmented by the work of leading Christian fundamentalists, the Southern Baptist Convention’s Conservative Resurgence and an extensive network of churches and radio and television outlets.

Meanwhile, Barre Seid, owner of Chicago-based Tripp Lite electronics manufacturing company, made a secret donation of $1.6 billion – perhaps the largest single political gift ever — to Marble Freedom Trust which Leonard A. Leo, a Federalist Society leader, recently created, The Times has reported. “The cash infusion was arranged through an unusual series of transactions that appear to have avoided tax liabilities,” The Times said. “The Marble Freedom Trust could help conservatives level the playing ﬁeld — if not surpass the left — in such nonproﬁt spending, which is commonly referred to as dark money because the groups involved can raise and spend unlimited sums on politics while revealing little about where they got the money or how they spent it.”

The Washington Post’s editorial board criticized the donation because of its secretive nature and because Leo “has crusaded, with startling success, to transform the country’s politics.” The Post said that Said avoided paying capital gains taxes by not selling his company on his own. Instead, he donated his Tripp Lite shares to Marble Freedom Trust, which, as a social welfare organization, is exempt from paying taxes. The trust then sold the company for $1.6 billion. That is how “dutiful everyday taxpayers essentially ﬁnance the extravagant expenditures of the privileged few, who use their know-how to avoid their obligations and twist the political landscape.”

Trump’s “America First” drive stalled after he lost in 2020 but is kept alive by his relentless insistence that he won, which resonates with his base, giving him absolute control of the Republican Party and fueling his thirst for revenge. The party also failed to take control of Congress but is trying to do so now and the presidency in 2024 through massive gerrymandering, especially in the Trump-friendly South. The party has not proposed a platform beyond “Trumpism” and cultural warfare. Democrats, meanwhile, have been scoring impressive legislative victories but have seemed too bashful to toot their horn. Writing in Nation, Morehouse College professor Ben Burgis and University of Washington instructor Daniel Bessner argue that Democrats should refocus their attention away from Trump and the Jan. 6, 2021 coup attempt. For them, “the only way to defeat Trumpism is for progressives to do a better job than Trumpists at mobilizing populist anger.”

“The reality is that Republicans aren’t going to overthrow our half-democratic institutions … The threat they pose is that they’ll win elections … and impose on the American people their agenda of deregulation, environmental devastation, union-busting, and cruel laws that target marginalized groups,” Bessner and Burgis say. “And whatever liberals might want to believe, that threat isn’t going to be countered by appealing to establishment respectability or by conjuring notions of noble resistance. The only way to defeat reactionary populism is with a better appeal to the populace.” David Pepper, an Ohio politician who wrote the book “Laboratories of Autocracy,” shares that view. He told the New Yorker’s Jane Mayer that the emergency facing Democrats is a collapse of representative democracy in statehouses, many of which “no longer have representative democracy. Because they’ve been gerrymandered, they don’t reflect the will of the people.” Pepper believes that “the Republican attack on democracy” preceded Trump and even “if Trump was locked up tomorrow it would continue.”

Americans, too, agree, telling pollsters democracy is their top concern. And Biden, speaking at a Democratic National Committee meeting in Maryland on August 25, stated, “It’s not just Trump, it’s the entire philosophy that underpins the – I’m going to say something, it’s like semi-fascism. You need to vote to literally save democracy again.” The president is expected to expand on that theme in an address scheduled for this Thursday.

Sooknanan and a handful of others who resigned from Jones Day probably saw the light also, as did several Republican elected ofﬁcials who rejected Trump’s call to help overturn the 2020 election results and have been voted out of ofﬁce as part of the former president’s revenge campaign.