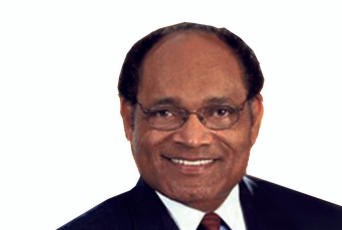 Hats off to Gov. Ron DeSantis, R-Fla., for criticizing the media for its failure to report the facts regarding the tragic massacre at a Christmas parade in Waukesha, Wisc.

To the best of my knowledge, he’s the only national figure to do so.

At a press conference this week, flanked by Florida law enforcement officials, he observed that the media has characterized the attack as an SUV driving into a "parade of Christmas folks." Subsequently, DeSantis declared, "You never actually hear the discussion about" the identity and motivation of the perpetrator.

That discussion would be revealing.

Darrell E. Brooks, Jr. — the man accused of killing at least six people and injuring scores of innocent victims was Black. He possesses a lengthy criminal history — including being accused of running over the mother of his child: he was set free on only $1,000 bail.

As DeSantis cogently stated, Brooks was a career criminal, should not have been on the street, and had "clear anti-white animus."

The media is not the only group putting blinders on.

Have you noticed the lack of condemnation of Brooks, not only by the mainstream media as Gov. DeSantis noted, but also by the same left-wing crowd that pre-judged and attacked Kyle Rittenhouse before and after his not guilty verdict — just days before the parade tragedy?

What if a white man had done the same thing to a predominately Black group of men, women, and children?

The left and their allies in mainstream media outlets would have gone berserk, accusing him of being a white racist. They likely would have branded him a Trump supporter.

Does anyone doubt that Brooks, with his extensive criminal record — including running over the mother of his child — was set free because he was Black? Why?

This writer doesn’t doubt that the progressive prosecutors did not want to be accused of racism — especially after the past violence in Kenosha, Wisc. last year.

So, they gave him a "get out of jail (almost) free card."

In today’s woke, politically correct culture, not being called racist is more important to white Democratic Party officials than standing up for victims of crime and protecting the lives of all of their constituents — regardless of race.

Before the verdict, much of the mainstream media and leading Democrats rushed to judgment in the Rittenhouse case. He was accused of being a "white supremacist," including by then-presidential candidate and now president, Joe Biden.

His attackers were white one of whom was a convicted pedophile who yelled the "N" word.

After the verdict, President Biden stated that he shared anger and concern over the result.

Vice President Kamala Harris put another knife in the back of due process, saying that the country has "a lot more to do" to make the criminal justice system "equitable."

Many Black Democratic politicians joined the lynch mob, including:

• Rashida Tlaib, D-Mich. "Painful verdict sends a horrifying message that bringing violence to a protest for racial justice is acceptable. . . . " Where are all of these Rittenhouse haters now when the person accused of injuring and killing scores of whites is Black?

Nowhere to be seen or heard.

One reason might be because Brooks appears to be on the same leftwing political team.

The New York Post reported that he posted anti-Trump and anti-cop rap lyrics on his since-deleted YouTube channel and urged violence against white people.

It’s interesting to note that President Biden criticized only Brooks’ action calling it a " . . .horriﬁc act of violence" — no condemnation of Brooks. An excellent example of the left’s racial double standards of justice.

Previous post Why are guns so prominent and important to certain Americans?