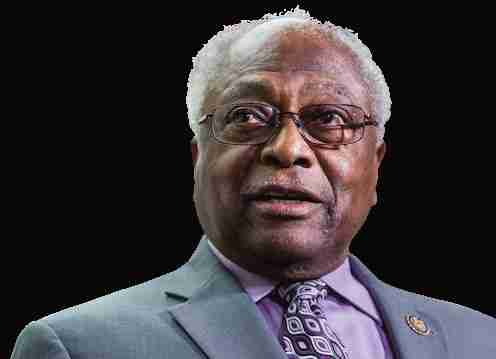 Lady Justice is an iconic symbol of the American judicial system. In one hand, she holds scales to represent that both sides will receive a balanced hearing, and, in the other, she holds a sword to represent the power of justice. She also wears a blindfold to indicate that justice is blind and, therefore, fair. However, that fairness is not reflected in the makeup of our courts. In fact, one might say Lady Justice’s blindfold prevents her from seeing the imbalance on current federal benches.

March, the month we celebrate women’s history, I believe is an appropriate time to take a good look at the status of women in our judicial system. We all know that representation matters, and the federal judiciary has been sorely lacking on this front.

During the 2020 Presidential campaign, I often heard expressions of displeasure that there had never been a Black woman on the U.S. Supreme Court, nor had one ever been seriously considered. That is why I believed it to be appropriate and timely that thencandidate Joe Biden pledge during the South Carolina primary that, if given the opportunity, he would nominate a Black woman to the highest court in the land. He made the pledge during the South Carolina presidential debate and went on to win the state’s primary by almost 30 points gaining the momentum that took him to the White House. His victory was due in large part to the support of Black women.

President Biden has upheld his pledge and has nominated the highly qualiﬁed and well-respected Ketanji Brown Jackson. If conﬁrmed, she will be a tremendous addition to the Supreme Court and bring a different life experience to the bench than has ever been there. It is not just the Supreme Court that is struggling to reflect the diversity of our country. Of the current 1,395 federal judges, only 8 percent are women of color, and just 4 percent are Black women. In fact, the 4th Circuit Court of Appeals, which represents states with a combined Black population of 20 percent, has no women of color.

This issue is not new to me. When I was elected chair of the Congressional Black Caucus 24 years ago, I declared it my mission to integrate that Court and went toe-to-toe with North Carolina senator and well-known segregationist, Jesse Helms. Sen. Helms had blocked earlier attempts by President Clinton to integrate that Circuit and even attempted to reduce its size to get rid of the two vacancies.

The battle was public and not pretty. An editorial writer from my hometown newspaper declared that it was a dispute I could not win. But I developed a scenario that convinced President Clinton to make a recess appointment and Judge Roger Gregory of Virginia became the ﬁrst Black person on the 4th Circuit Court of Appeals in December 2000. Today Judge Gregory serves as the Chief Judge on that court.

President Biden has made it his mission to create even greater diversity on the federal bench, especially for women. In his ﬁrst year in ofﬁce, women of color have represented more than 40 percent of President Biden’s federal judicial nominees. As of January 2022, the Senate has conﬁrmed 22 of his minority women appointees to the federal bench, 7 minority men, 11 white women and 2 white men. That is a signiﬁcant effort toward smashing a larger hole in the glass ceiling of the federal judiciary.

You might ask: when will there be enough women of color on the federal bench? I will borrow my answer from a famous response offered by the late Supreme Court Justice Ruth Bader Ginsburg to a similar question – with a slight modiﬁcation. She said at Georgetown Law School in 2015, “I’m sometimes asked, ‘When will there be enough?’ and my answer is, ‘When there are nine.’ People are shocked. But there’d been nine men, and nobody’s ever raised a question about that.”

I think Justice Ginsburg made an appropriate observation.

Next post Is U.S.A. alright with Ukraine White nationalism?