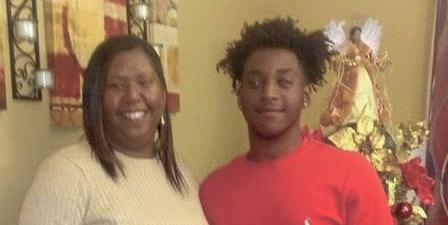 Terrorized mother and son seek relief from the court including damages

A white mob led by a former offduty New Hanover County Sheriff’s Deputy and a dozen other individuals – some carrying side arms, an assault rifle and a shotgun – committed racialized terror when they approached and menaced a Black family in their North Carolina home last year, a lawsuit filed in Pender County Superior Court today says.

The lawsuit was filed by the Lawyers’ Committee for Civil Rights Under Law and the Lea/Shultz Law Firm on behalf of Monica and Dameon Shepard, a mother and son who were threatened when the mob tried to break into their home in May 2020 after falsely accusing them of hiding a young woman.

“North Carolina has a long and sordid history of direct and indirect white mob violence against African American communities,” said Mark Dorosin, managing attorney for the Lawyers’ Committee for Civil Rights Under Law. “When a dozen or more white men and women with guns invade a Black family’s property, terrorize the people that live there, and refuse to listen or leave, the situation can easily spiral into tragic and deadly racial violence and death.”

The defendants in the case include: former New Hanover County Sheriff’s Deputy, Jordan Kita, who was wearing his official county-issued uniform and sidearm, his father Timothy Kita, an armed Austin Wood, Shawn Rose and up to eleven other citizens. They are being sued for trespass; assault; intentional infliction of emotional distress; negligent infliction of emotional distress; invasion of privacy; and violations of North Carolina’s civil rights and fair housing statutes.

“The harm that the defendants caused our clients demonstrates that the nation’s history of racist violence against Black people, particularly the presence of armed white mobs, is still alive and well,” said Jennifer Nwachukwu, counsel at the James Byrd Jr. Center to Stop Hate at the Lawyers’ Committee for Civil Rights Under Law. “Experiencing this kind of terror at your home – the one place you should feel safe – is simply unconscionable. We filed this lawsuit today to make it clear that Black people should not be subject to living in fear at the hands of an armed white mob without accountability.”

The lawsuit also notes that Pender County sheriff’s deputies responded to the scene but did not properly investigate or interrogate the mob’s violent actions that night.

The lawsuit claims that the white mob interfered with the Shepards’ rights guaranteed them by both the U.S. and North Carolina Constitutions, including the right to be free from racial discrimination and the right to privacy. The defendants trespassed, harassed the Shepard family, brandished weapons and stalked their property – all of which was motivated by race as the mob stated they were looking for a Black teenager who might be hiding a girl.

Next post A social psychological perspective on police violence