Patrice Lumumba’s tooth and the enduring brutal legacy of colonialism 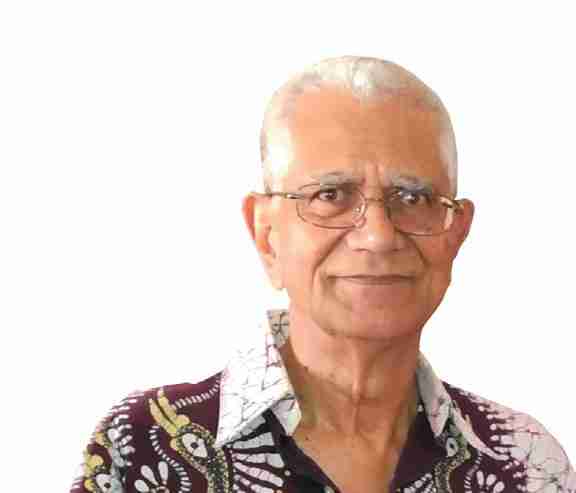 They ﬁnally sent Patrice Émery Lumumba back home to his family in the Democratic Republic of Congo (DRC) after 61 years. Well, they sent at least a part of him, a really small part – a tooth – because the rest of him no longer existed.

But it is best to start from the beginning.

In 1885, Belgium’s King Leopold II seized a part of central sub-Saharan Africa but not in the usual sense of colonialism. He took personal possession of the land, named it the Congo Free State and ruled it for 23 years as what Al Jazeera called his “personal ﬁefdom” to produce rubber and ivory.

It was a gruesome enterprise. An estimated half the population died “from punishment and malnutrition.” Many more suffered from disease and torture. Many had to cut off a hand or a foot as self-inflicted punishment for failing to meet collection quotas.

Local and international protests forced the king to hand over the territory to the Belgian state. It was renamed Belgian Congo and remained a colony until it gained independence as the Democratic Republic of Congo in 1960. And, despite the crimes against humanity which Leopold perpetrated, Britain, an even greater colonial power, presented him with its most prestigious honor, member of the Order of the Garter, in 1916.

Enter Lumumba, a 35-year-old African and pan-African nationalist who played a key role in ending Belgian rule and was elected the country’s ﬁrst prime minister. But, three months later, a military coup, backed by Belgium and the United States, ousted him from ofﬁce. He tried to flee to a rival state, the Free Republic of the Congo, which his supporters established but he was captured during the trip, imprisoned and executed in the presence of ofﬁcials of the military junta which seized power and Belgium. Al Jazeera reported that “his body was dug up, dismembered and dissolved in acid by Belgian ofﬁcers and never found.” One of them kept a tooth as a “trophy.” Lumumba’s family ﬁled a complaint and Belgian authorities seized the tooth in 2016 from the daughter of the ofﬁcer, Gerard Soete.

The tragedy of Lumumba is only one of many problems which have beset the DRC since its independence, a country whose vast deposits of rare and other minerals, such as cobalt, tantalum, coltan, tin, niobium, tungsten and lithium, diamond, and gold, are worth an estimated US$24 trillion, making it one of the world’s wealthiest nations. Many of the minerals are essential for the socalled Fourth Industrial Revolution for use in batteries for equipment such as cellphones and electric vehicles.

Mining became central to the DRC’s economy and spawned corrupt leaders who did everything they could to beneﬁt from the wealth which it generated.

Several countries or their proxies involved themselves in a race for the minerals, including Belgium, the Soviet Union, Cuba and the United States, as well as China which has a more benign reputation. Civil wars and conflicts with neighboring countries have worsened the plight of the Congolese people, along with Ebola outbreaks which have killed thousands more.

PubMed Journal estimated that 5.4 million Congolese died in conflict just between 1998 and 2008. “The conflict and its aftermath, in terms of fatalities, surpass any other since the second world war,” George Rupp, president of the International Rescue Committee, said in 2008.

Seemingly unending internal strife spawned more than 100 armed groups and the United Nations maintains a 16,000-strong peacekeeping mission but rebel forces “continue to terrorize communities and control weakly governed areas,” the Center for Preventive Action reported. Besides the millions killed, the U.N. estimates that internally displaced Congolese number at least 4.5 million, in addition to more than 800,000 who have fled abroad.

The Belgians may not be to blame for the ongoing instability, but Belgium’s occupation and colonization of the country fostered a climate of political violence which has made its mineral wealth a curse. Belgium recently expressed regret over the horrors committed during its colonial rule but has not apologized, even when, in a recent ceremony in Brussels, the capital, its chief prosecutor Frederic Van Leeuw handed over to Lumumba’s relatives a small, bright blue box containing Lumumba’s tooth, Al Jazeera reported. The box was put in a casket and flown to the DRC and handed over to his family. It was a way of delivering “justice,” Leeuw said.

It was, however, a mockery of justice, as have been most of the feeble attempts by former colonial powers to acknowledge the crimes which they perpetrated on the peoples of the rest of the world while enriching themselves, building castles and sustaining governments that have allowed a few to become obscenely rich. Today, the world’s richest one percent have more than twice as much wealth as 6.9 billion people in a world population of 7.8 billion, one in 10 of whom go hungry every day.

The inequities which colonialism have left in its wake are not being addressed in any meaningful way. Belgian was willing to send back Lumumba’s tooth and some countries are grudgingly repatriating stolen cultural treasures. But there are few efforts at technology transfer – which the so-called developing world has been seeking for decades to enable them to develop and strengthen their economic bases in a version of the old adage, “Give a man a ﬁsh and you feed him for a day. Teach him how to ﬁsh and you feed him for a lifetime.”

Rather, the efforts to portray absolution for colonialism and slavery, especially in the United States – which remains a colonial power – are veering towards denial. Someone recently said that continents were created so people of different races could live separately from one another – which, of course, would mean Europeans did not travel in their warships with their armies and priests with the Bible in hand to subjugate and exploit other peoples. And the Texas state board of education found itself discussing a proposal – which it did reject — to replace slavery with the term “involuntary relocation” in secondgrade school curricula.

So long as the vast inequities continue between former colonial powers and the former colonies – and within nations – so long will the world be in turmoil that will only worsen. The greed which fueled colonialism and slavery has not disappeared; it has merely metastasized and taken more stealthy forms of exploitation. And no military might, no efforts to flee to space, no walls will keep the desperate hordes at bay, even if bodies are dissolved in acid and teeth are handed over as supposed tokens of regret.