Faith in the metaverse: A VR quest for community, fellowship 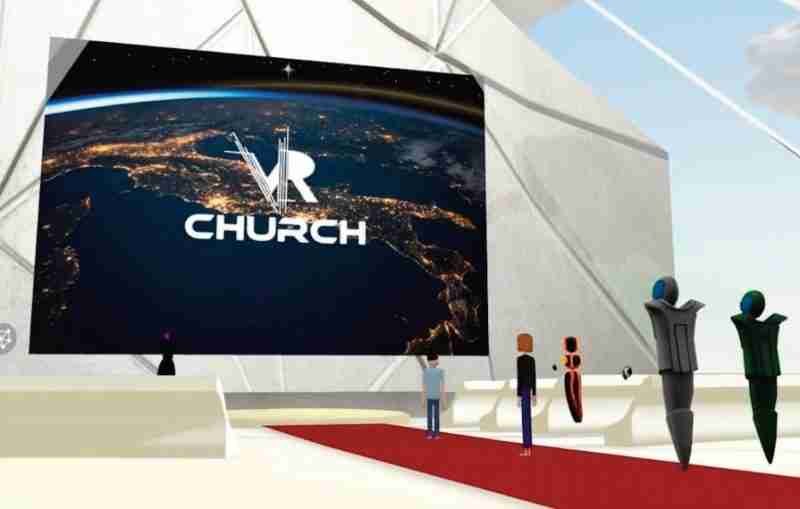 Under quarantine for COVID-19 exposure, Garret Bernal and his family missed a recent Sunday church service. So he strapped on a virtual reality headset and explored what it would be like to worship in the metaverse.

Without leaving his home in Richmond, Va., he was soon floating in a 3D outerspace wonderland of pastures, rocky cliffs and rivers, as the avatar of a pastor guided him and others through computer-generated illustrations of Biblical passages that seemed to come to life as they prayed.

“I couldn’t have had such an immersive church experience sitting in my pew. I was able to see the scriptures in a new way,” said Bernal, a member of The Church of Jesus Christ of Latter-day Saints, widely known as the Mormon church.

He’s among many Americans – some traditionally religious, some religiously unafﬁliated – who are increasingly communing spiritually through virtual reality, one of the many evolving spaces in the metaverse that have grown in popularity during the coronavirus pandemic.

Ranging from spiritual meditations in fantasy worlds to traditional Christian worship services with virtual sacraments in hyperrealistic, churchlike environments, their devotees say the experience offers a version of fellowship that’s just as genuine as what can be found at a brick-and-mortar temple.

“The most important aspect to me, which was very real, was the closer connection with God that I felt in my short time here,” Bernal said.

The service he attended was hosted by VR Church, which was founded in 2016 by D.J. Soto, a former high school teacher and pastor at a nonvirtual church. VR Church bills itself as a spiritual community existing “entirely in the metaverse to celebrate God’s love for the world.” Soto had previously felt called to church planting, or starting new physical churches. But after discovering the VR social platform AltSpaceVR, he was awakened to the possibilities of connecting in virtual reality. He set out to create an inclusive Christian church in the metaverse, an immersive virtual world that has been gaining buzz since Facebook said last October that it would invest billions in building it out.

Attendance was scant for the ﬁrst year as Soto often found himself preaching to just a handful of people at a time, most of them atheists and agnostics who were more interested in debating about faith. His congregation has since grown to about 200 people, and he has ordained other ministers remotely from his Virginia home and baptized believers who are unable to leave their houses because of illnesses.

“The future of the church is the metaverse,” Soto said. “It’s not an anti-physical thing. I don’t think the physical gatherings should go away. But in the church of 2030, the main focus is going to be your metaverse campus.”

The Rev. Jeremy Nickel, an ordained Unitarian Universalist who is based in Colorado and calls himself a VR evangelist, also saw the potential to build community and “get away from the brick and mortar” when he founded SacredVR in 2017.

Inspired by time spent in Nepal with Tibetan Buddhists and his alternative practices studies at seminary, Nickel began with secular meditations with the aim of being inclusive for all comers. But some religiously unafﬁliated members of the community were put off by the name, he noticed, so he changed it to EvolVR and more people joined.

It wasn’t until the pandemic, however, that attendance soared from a few dozen to the hundreds who now attend dharma talks and meditation sessions via their chosen avatars, at times meeting at a virtual incarnation of a Tibetan Buddhist temple high in the mountains or floating weightlessly looking down at the Earth.

“One of the reasons we’ve become so popular is you get the meditation that you need, but you get the community also,” Nickel said. “We have deep relationships, hundreds of people from around the world who know each other and wonder, `Is your dog, OK? How’s your wife?”’

The anonymity of virtual reality can help people feel more conﬁdent about sharing deeply personal issues, said Bill Willenbrock, who leads a Christian fellowship on the social platform VRChat with worship and counseling services for a flock of mostly teens and early 20somethings.

“I can’t even count the number of times that I’ve heard, `I’m considering suicide. . It’s helpful that we’re in VR,”’ said Willenbrock, a hospital chaplain and longtime Lutheran pastor who recently converted to Eastern Orthodoxy and calls himself a “digital missionary.” On a recent Sunday, he preached at a cavernous virtual cathedral, its long halls illuminated by light from stained-glass windows. A colorful assembly of avatars listened to the sermon: A giant banana sitting in the ﬁrst pew next to another of a man in a shirt and tie, plus a mushroom, a fox, armored knights.

At the end they took turns sharing why they came to the virtual community. Some saw it as something to complement, not replace, in-person gatherings.

A person with the username Biff Tannen, said it was convenient: “For example here in Scotland it’s cold, it’s wet, it’s not very nice outside, but here I am sitting in this beautiful church with my heating on.”

Another, represented by a robotlike avatar and the username UncleTuskle, said that “as a person with social phobia, it’s easier for me to be here” than in a physical church.

Virtual reality can allow people to meet without judgement regardless of physical ability or appearance, said Paul Raushenbush, who is senior advisor for public affairs and innovation at the nonproﬁt Interfaith Youth Core and who hosted a VR talk show last month with religious leaders who use the technology.

“What I love about it is that it’s taking … whatever technological opportunities are being offered and they’re leveraging it to gather people together for positive encounters,” Raushenbush said. “And they’re changing lives.” Alina Delp can attest to that.

A former flight attendant who traveled across the country for years and loved to skydive, since 2010 she has been mostly conﬁned to her home in Olympia, Washington, due to a rare neurovascular condition called erythromelalgia.

She wept the ﬁrst time she attended a VR Church service, knowing immediately that she had found a home. Delp was taken by the community’s judgmentfree ethos and focus on “God’s love rather than fear.” She began to volunteer with small groups, and eventually became a pastor.

“I was given a life. … It’s the difference between endless time of sleep and television versus my ability to be productive,” she said.

Soto baptized her in a metaverse ceremony in 2018, submerging her purple robot avatar in a pool as relatives and friends cheered her on virtually. While even many VR proponents believe such sacraments should be offered only in a physical space, to Delp it felt like a real blessing.

“Jesus is who baptized me. Jesus is who changes me,” she said. “The water, or lack thereof … doesn’t have the power to change me.”