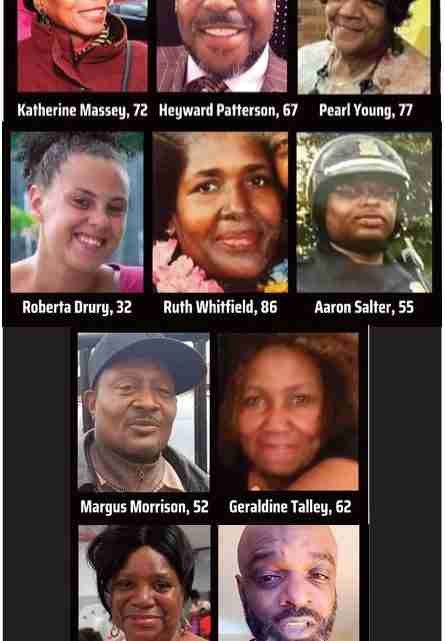 Those three victims of the racist attack on a Buffalo supermarket were laid to rest Friday during a week filled with goodbyes for family and friends.

The suspect in the Buffalo shooting, Payton Gendron, has been charged with first-degree murder and is being held without bail. His lawyer, at his initial court appearance, entered a plea of not guilty.

Geraldine Talley, 62, of Buffalo; Andre Mackniel, 53, of Auburn; and Margus Morrison, 52, of Buffalo, were among the 10 people killed and three wounded when a white gunman opened fire on afternoon shoppers and employees at a Tops Friendly Market on May 14. Authorities said he chose the grocery store because it’s in a predominantly Black neighborhood.

“We cannot sit here today and cry for Geraldine and not make sure justice is done for Geraldine,” the Rev. Al Sharpton, a prominent civil rights activist, told mourners at Talley’s service at Mount Aaron Missionary Baptist Church.

He and Talley’s son, Mark Talley, spoke out against a lack of investment in the east side neighborhood that, with just one supermarket, gave someone intent on killing Black people an easy target.

And they condemned the ready access to the kind of semiautomatic rifles used by the 18-year-old alleged gunman in Buffalo, and then by the 18-year-old accused of killing 19 students and two teachers inside an Uvalde, Texas, elementary school 10 days later.

Soon after his mother’s death, Mark Talley said, he predicted that such attacks would continue. “It’s like Groundhog’s Day. We’ve seen this over and over again,” he said at the time.

“There’s no point … for you to have an AR-15 kept underneath your bed at home,” Talley said at his mother’s funeral. “No point for you to need an AR-15 to protect your family.” Vice President Kamala Harris on Saturday attended the last of the funerals for the supermarket victims as 86-year-old Ruth Whitfield was memorialized. President Joe Biden and first lady Jill Biden traveled to Buffalo to visit with families and lay flowers at a memorial on May 17.

Friends and family of Talley said she was an expert baker who treated them to apple crisp, cakes and pastries. She was with her fiance, Gregory Allen, at Tops when the shooting started. Allen was in a different aisle and made it to safety.

Mackniel, a father and grandfather, was picking up a birthday cake for his young son when he was killed. He was a cook and stay-athome father to his son, his obituary said.

“He loved basketball, playing the guitar, writing poems, listening to music, but most of all Andre was a very family oriented man,” it said.

“Andre was a very educated person, he was sweet and he loved his family,” his cousin Franchione Cook said outside of Buffalo’s Antioch Baptist Church following Mackniel’s funeral. “It’s just sad, that’s what it is. It happened to the best, and I feel bad for the people who had their tragedy in Texas, too. It’s a sad thing that’s happening in America.” Mourners remembered Morrison as a music lover, Bills fan and a jokester.

“Even when his jokes were not funny, he kept on joking,” said Pridgen, who realized he knew the man because they would run into each at Tops Friendly Market.

“That was what Margus was about. Even in sorrow, you’ve got to find a little time to be OK,” he said.

Morrison, a father of seven, had been a bus aide with Buffalo Public Schools since 2019. On the Saturday of the supermarket shooting, he was buying dinner and snacks for a movie night, his family said.

Pridgen told mourners that the supermarket attack by an avowed white supremacist should serve as a reminder that racism must be confronted and defeated.

“There are still those who are giant white supremacists, and they are in our banks, in our schools, in our churches, in the White House, in the statehouse and city hall,” he said.

The funeral fell on the birthday of Theresa Morrison, Margus’ mother, who turned 72. Margus’ daughter, Ramariana Morrison, turned 16 on Friday.

Sharpton also paid his respects to Margus and his family. Prominent civil rights attorney Ben Crump attended the service and, during his brief remarks, pledged to fight for justice on behalf of Margus and the other slain Black shoppers.

Previous post Uvalde: Visitations, funerals, burials, one after another 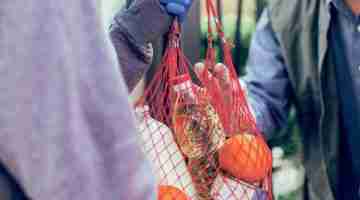