My brother’s keeper or killer? 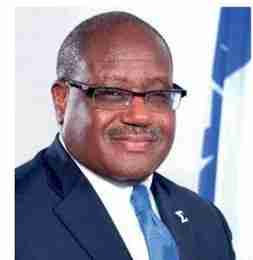 Each and every day we are exposed to opportunities to be our brother’s keeper or killer. I believe that the ultimate choice that we make is a matter of the heart. The biblical story of Cain and Abel illustrates how jealousy was the motivation that resulted in one brother literally killing the other. This message however, is about the equally insidious words that we use and actions that we take against each other that are totally out of sync with the imperative to be our brother’s keeper.

In the workplace for example, the “unbrotherliness” that we express towards one another is typically justified with phrases like, “It’s not personal, it’s just business.” And far too often, mean-spirited, misguided, powerless outside of the workplace people, are the ones who use such words as cover for their maliciousness.

Now, I am not suggesting that a business cannot do what is in its best interest. What I am saying though is, if we truly embrace the idea that we are our brother’s keeper, why and how we do things that impact others would be very important. Unfortunately, it appears that on one hand we accept those egregious actions carried out in the workplace, and society as a whole for that matter, as the norm while giving lip service to the notion that we are our brother’s keeper. I say that we are either deceiving ourselves or we are hypocrites.

The consistency (not perfection) of one’s actions is a reflection of their heart. We each have to examine ourselves, and if we are our brother’s keeper and not his killer, we would not have to try to convince ourselves and others – the evidence would be clear!

So, which are you, your brother’s keeper or killer?

Sam Walthour is a senior management executive who successfully transforms underperforming agencies into high performing, sustainable organizations. A native of the Liberty City neighborhood in Miami, Walthour is the Chief Operating Officer of Phi Beta Sigma Fraternity. He is responsible for providing strategic leadership and implementing long-range goals to strengthen and ensure the support of the fraternity ‘s mission – service for humanity.